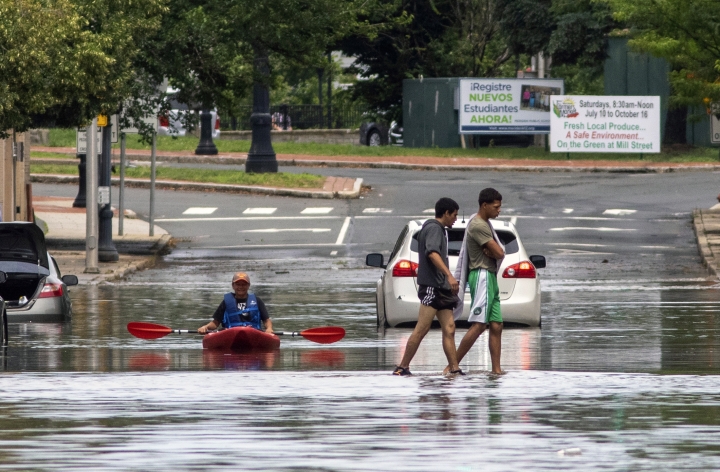 Pedestrians walk across Hanover Street in Meriden, Conn. on July 9 as a kayaker floats along after Tropical Storm Elsa moved through the state. (Aaron Flaum/Record-Journal via AP)
8/11/2021
More Reading

Record-breaking rainfall across the northeastern United States is part of a larger trend, a new study suggests. Since 1996, states from Maine to West Virginia have seen an abrupt increase in extreme precipitation—heavy rain and snow resulting in storms that can produce up to 2 inches of water a day, depending on location. These extreme events—tropical cyclones, thunderstorms along fronts, and extratropical cyclones like Nor’easters—have coincided with warming sea surface temperatures in the North Atlantic.

The recent study, published in Weather and Climate Extremes, finds that this increase in extreme precipitation is caused by a combination of greenhouse gases from human activity and surface temperature variability of the North Atlantic Ocean, known as Atlantic variability. 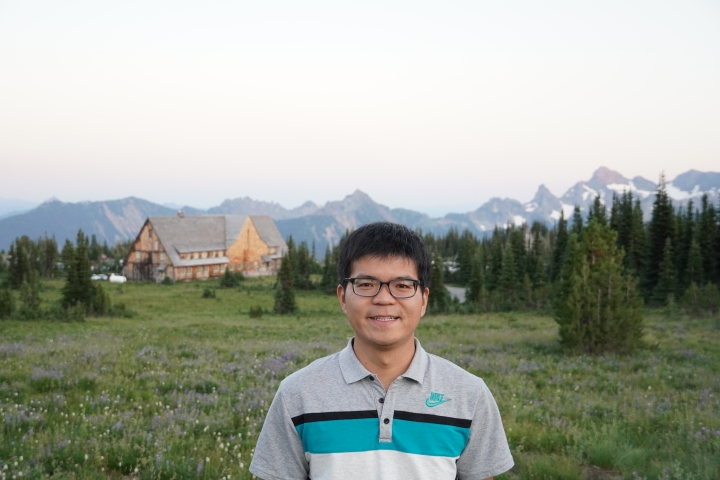 “Our previous work has shown that Northeast extreme precipitation has increased dramatically over the past 25 years, but this study is among the first to demonstrate that this rise is partially due to anthropogenic climate change,” said lead author Huanping Huang, Guarini ’19, a former graduate student in earth sciences who worked in the Applied Hydroclimatology Group. Huang is currently a postdoctoral fellow in the Climate and Ecosystem Sciences Division at Lawrence Berkeley National Laboratory.

This study is among the first to demonstrate that this rise is partially due to anthropogenic climate change.

This study builds on earlier work by Huang and co-authors that found that the Northeast has experienced a 53% increase in extreme precipitation since 1996, driven primarily by heavier rainfall from tropical cyclones. The team linked the heavier precipitation from these cyclones both to a warmer atmosphere, which increases the amount of water air can hold, and to a warmer Atlantic Ocean, which creates stronger and more frequent hurricanes.

“Our results demonstrate that multidecadal variability in Atlantic sea surface temperatures, an important driver of warming in the Atlantic, alongside anthropogenic greenhouse gases and aerosols, also contributed to the increase in Northeast extreme precipitation after 1996,” said Huang.

To reach this conclusion, the research team used two large sets of global climate model simulations provided by the National Center for Atmosphere Research, as well as precipitation data from U.S. weather stations from the Global Historical Climatology Network compiled by the National Oceanic and Atmospheric Administration’s National Centers for Environmental Information.

One set of global climate model simulations reproduces historical climate by including the evolution of all natural and anthropogenic forcings—that is, changes that impact Earth’s energy budget. Forcings can be natural, such as solar radiation and volcanoes, or anthropogenic, including greenhouse gases, industrial aerosols (particulates from the burning of fossil fuels), aerosols from the burning of biomass, and land use and land change.

The second set of simulations excluded one of the four anthropogenic forcings. Through this “leave-one-out” approach, the researchers isolated the effects of external forcings and internal variability (naturally occurring climate variations) on North Atlantic surface temperatures and extreme precipitation in the Northeast. The researchers applied a statistical method called “optimal fingerprinting” to determine the extent to which external forcings have influenced regional climate.

The findings revealed that the extreme precipitation increase observed after 1996 was caused by greenhouse gases from human activity and a warmer North Atlantic Ocean. In addition, the study showed that warming in the North Atlantic since the 1990s can be attributed to multidecadal variability, decreased industrial aerosols, and increased greenhouse gases. As air quality improved due to the Clean Air Act of 1970, aerosols that polluted the atmosphere and reflected sunlight, decreased.. The combination of fewer aerosols cooling the atmosphere and an increase in greenhouse gases from human activity warmed the North Atlantic. 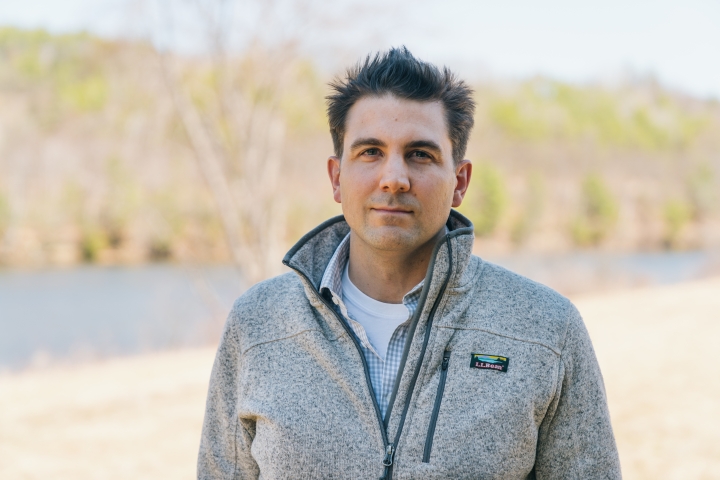 Jonathan Winter, an associate professor of geography and principal investigator in the Applied Hydroclimatology Group (Photo by Eli Burakian ’00)

“Our analysis illustrates that decreased aerosols and increased greenhouse gases from human activity have contributed to both the rise in Northeast extreme precipitation and North Atlantic sea surface temperatures,” said co-author Jonathan Winter, an associate professor of geography and principal investigator of the Applied Hydroclimatology Group. “We’ve been exploring this dramatic increase in extreme precipitation for several years now, and this study confirms that humans are in fact, partially responsible for the increase in heavy rain events that we have been experiencing over the past two and a half decades.”

Christina Patricola at Iowa State University and Lawrence Berkeley National Laboratory, and Erich Osterberg and Justin Mankin at Dartmouth, served as co-authors of the study.