The Winter Games, which begin Friday, include eight competitors with Big Green ties. 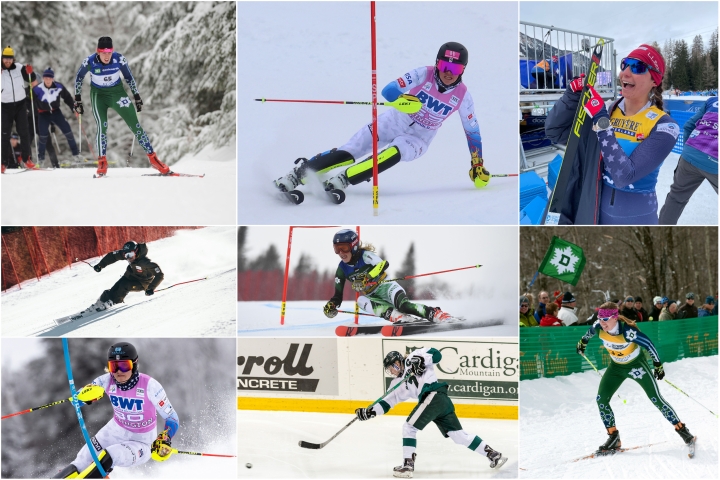 Dartmouth student-athletes and alumni have participated in every Winter Olympics since the Winter Games began in Chamonix, France, in 1924. Dartmouth has sent more representatives to the Winter Games than any other Ivy League school, with 155 athletes participating in the Games including Beijing.

Here’s the rundown of the Olympians with Big Green ties:

Rosie Brennan ’11, U.S. Cross Country Ski Team. Brennan, who hails from Alaska, was part of the gold-medal winning U.S. cross-country ski team at the Pyeongchang Games in South Korea, finishing 58th in the women’s skiathlon. She was an eight-time All-American in cross country at Dartmouth. As a committed student athlete, Brennan studied geography at Dartmouth and says she would eventually like to pursue an advanced geography degree to work in dam removal. 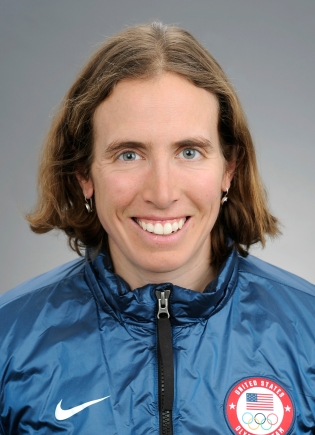 Susan Dunklee ’08, U.S. Biathlon Team. A three-time Olympian, Dunklee placed seventh in biathlon relay and eighth in mixed relay with Team USA in the Sochi Olympics in 2014. In the Pyeongchang Games, she finished 19th in individual and 13th in mixed relay. She says she has skied since she was 2 years old, but only took up shooting at age 22. At Dartmouth she earned All-Ivy and All-Region honors with the women’s cross country track team and First Team All-East with the women’s Nordic ski team. 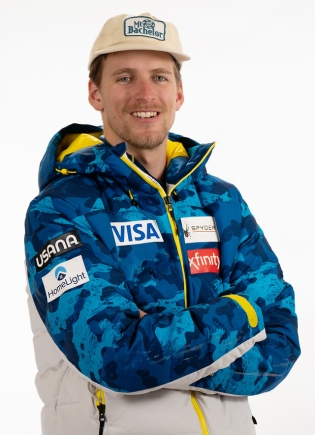 Tommy Ford ’12, U.S. Alpine Ski Team. Ford heads to his third Olympics, coming back from a season-ending injury on the World Cup tour last year. He finished 20th in the giant slalom in the Pyeongchang Games and 26th in the giant slalom at the 2010 Winter Games in Vancouver. He has always been in the discussion as a medal contender, even after coming back from another major injury that knocked him out of the 2014 season, when he took the opportunity to finish his Dartmouth degree. 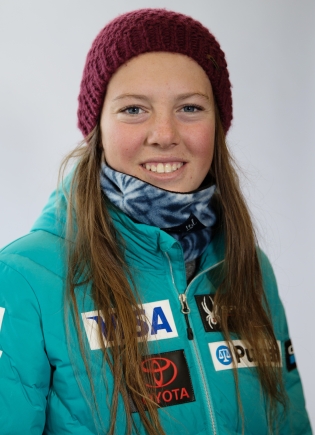 AJ Hurt ’23, U.S. Alpine Ski Team. Hurt was recruited to the U.S. Alpine Ski Team in May 2019, a few months before she matriculated. She has already established herself as a multi-event skier, scoring World Cup points in parallel, slalom, giant slalom, and downhill in the 2020-2021 season and winning a bronze medal at the World Juniors competition in Bansko, Bulgaria in 2021. At Dartmouth, Hurt is an engineering major. 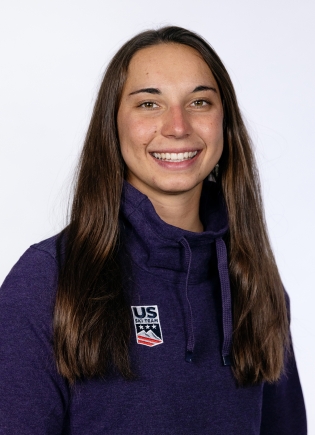 Julia Kern ’19, U.S. Cross Country Ski Team. A first-time Olympian, Kern has been a top finisher in a number of World Cup cross country events including taking second in the team sprint event with U.S. Cross Country teammate Jessie Diggins in Dresden, Germany, in 2021. It was Diggins, along with Team USA’s Kikkan Randall, who won the United States’ first ever cross country skiing gold medal in 2018. Kern scored her first World Cup podium in Planica, Slovenia, in 2019, outsprinting teammate Sophie Caldwell Hamilton ’12 for third-place in a freestyle sprint. 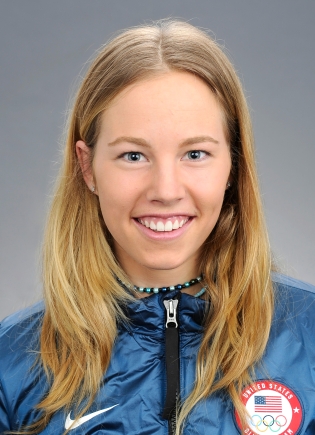 Patricia Mangan ’19, U.S. Alpine Ski Team. This will be Mangan’s second Olympics. She was the last skier to make the team in 2018 after her friend Jackie Wiles was injured and could not make it to Pyeongchang. She helped Team USA take ninth in the alpine team event, and, since 2018, has finished her engineering degree and raced for the Big Green for two years, finishing third in giant slalom at 2019 NCAAs. She is now also training and racing independently with the International Ski Racing Academy, a group of women who compete on the World Cup tour. 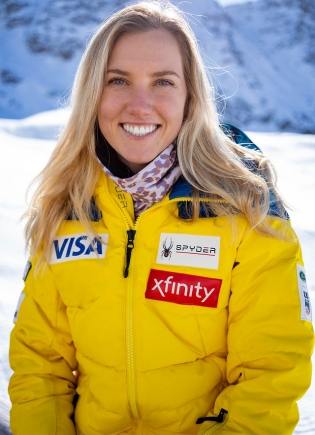 Nina O’Brien ’20, U.S. Alpine Ski Team. O’Brien had the best season of her career in 2020-21, grabbing a career-best ninth in slalom, and a top-10 in the giant slalom at World Championships. She ended up ranked 15th in giant slalom on the World Cup start list. O’Brien, an economics major and a student at the Rockefeller Center for Public Policy, is also involved with Voice in Sport, a community to elevate women’s voices in sport. 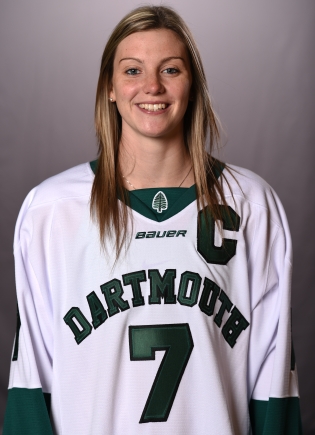 Laura Stacey ’16, Team Canada Women’s Hockey Team. A silver medalist with Team Canada in the 2018 Pyeongchang Games, Stacey returns as a forward in Beijing. Stacey played four seasons as a member of the Dartmouth women’s hockey team. She finished her career with 31 goals and 56 assists for 87 career points. During her career, she was named to the ECAC Hockey All-Rookie Team, First Team All-Ivy, ECAC Hockey Third Team All-League and was a captain her senior year.

In addition to the athletes, two alumni are coaching at the Games. 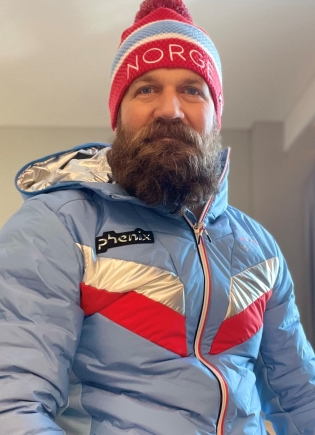 Peter Anderson ’06, head coach, Norwegian men’s alpine speed team. This is Anderson’s third Winter Olympics. He was assistant coach with the U.S. Men’s Alpine team, working with the skiers in the downhill and Super G races in 2018 in Pyeongchang, and he coached the U.S. women’s slalom and giant slalom at the 2014 Games in Sochi, Russia. Anderson skied for Dartmouth in the World University Games in Innsbruck, Austria, in 2005. 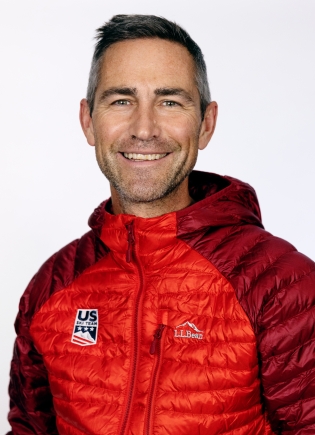 Chris Grover ’93, program director, U.S. Cross Country Ski Team. Another former Alaskan, Grover has led the U.S. cross-country ski team since 2010 and joined the team as an assistant coach in 1999. He started his coaching career as an assistant at the Stratton Mountain School in 1993. He was a leader of the Big Green ski team, receiving the Robert Gebhardt Award in his senior year, given annually to the athlete who demonstrates outstanding sportsmanship, loyalty to Dartmouth and the team, and hard work both in skiing and academics.