A Look at the Big Green’s All-Time Medal Count

Dartmouth Winter Olympians have won a total of 28 gold, silver, and bronze medals.

Olympic athletes with Dartmouth ties have medaled in 12 Winter Games starting in 1932 at Lake Placid, winning a total of 14 gold, nine silver, and five bronze medals through the 2018 Games in Pyeongchang, South Korea, according to the athletics’ Dartmouth Olympians page.

Dartmouth is in the company of only 12 countries that sent athletes to all 23 Winter Games from 1924 in Chamonix, France, through 2018 in Pyeongchang, and of that group, the Big Green’s medal count of 28 is higher than that of Poland at 22, Hungary at 7, and is just shy of Great Britain at 31.

Stacey was the first Dartmouth Olympian to see action in the 2022 Beijing Games, scoring 2 goals in Canada’s 12-1 win over Switzerland. Stacey and Team Canada face Team USA Monday in a rematch of the 2018 gold-medal game that saw Team USA defeat Canada in a shootout. 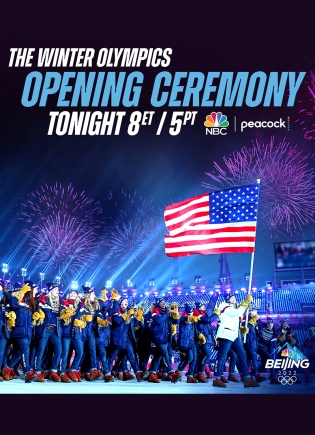 Another Dartmouth women’s hockey player who played for Team Canada, Gillian Apps ’06, Tuck ’19, was the most recent Big Green athlete to win gold, winning it all with her team at the 2014 Winter Games in Sochi, Russia. Apps shares the Dartmouth record of three Olympic gold medals with classmate and fellow Team Canada hockey player Cherie Piper ’06.

The most recent skier with Dartmouth ties to win gold was Hannah Kearney ’15 for Team USA in the moguls at the 2010 Vancouver Games. Kearney enrolled at Dartmouth in 2011, and the Norwich, Vt., native and Hanover High graduate won a bronze in women’s moguls in the 2014 Olympics in Sochi.

Other recent Alpine skiing standouts for Dartmouth include Andrew Weibrecht ’09, who won bronze with Team USA in the men’s super G in 2010 and silver in the Super G in 2014.

In the Paralympics, Sarah Billmeier ’99 won seven gold medals, five silver medals and one bronze medal in women’s Alpine skiing events in the 1992, 1994, 1998 and 2002 Winter Paralympics. Diana Golden Brosnihan ’84, who skied at Dartmouth, won gold for Team USA in the giant slalom in the 1988 Winter Games in Calgary, where paralympic Alpine skiing was a demonstration sport. Robert Walsh ’88, who also skied for Dartmouth, won gold for the U.S. cross country ski team in the 1988 Winter Paralympics in Innsbruck, Austria.

The opening ceremony for the Beijing Winter Olympics will be broadcast on NBC tonight starting at 8 p.m.