Dartmouth accepts 6.2% of applicants, from 74 countries. 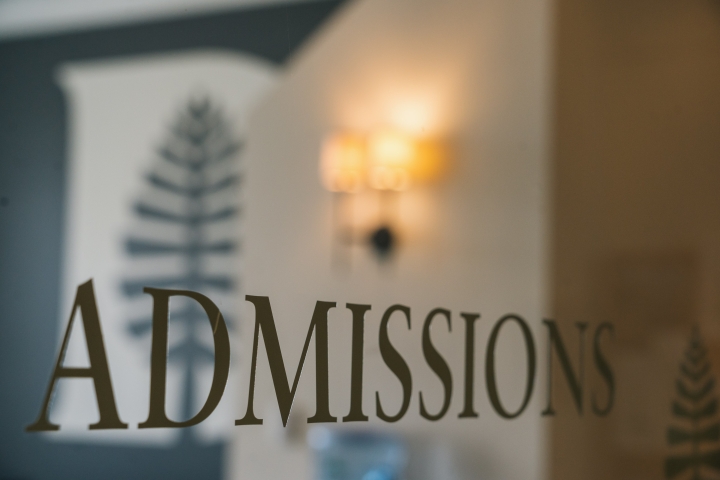 One is an aspiring anthropologist who hopes to analyze “medicine across cultures” through undergraduate research at Dartmouth, with the hope of someday developing and scaling solutions to address health inequities and disparities throughout Mexico.

Another is determined to accelerate the world’s response to climate change, as well as deepen people’s understanding of what’s at stake, including through off-campus study programs in the Canadian Rockies and the Arctic.

A third hails from Florida, where, during the summer of 2020, he placed 2,317 phone calls to perfect strangers—all in service of persuading them to register to vote. It was a lesson, he wrote, that “reinforced the importance of preserving our democracy,” and that he intended to bring with him to the “Modern Statistical Computing” course offered by Dartmouth’s Program in Quantitative Social Science as he studies public policy.

Still another was born and raised on a reservation in Montana and wrote that she dreams of using a Dartmouth education “to equip me with knowledge of how I can teach the history of Native Americans that is rarely taught in our schools,” and to someday carry that knowledge and those experiences back home.

Of that admitted class, 1,207 received messages posted in an electronic portal at 7 p.m. today, notifying them that they had been accepted through the College’s regular admission round. An additional 560 had already been accepted in December via Dartmouth’s early decision plan and through the Questbridge National College Match program, a nonprofit organization that brings students from low-income backgrounds to the attention of leading institutions of higher education.

Their applications were among a total of 28,336 that Dartmouth received for the Class of 2026, in yet another year of pandemic uncertainty that upended the college admissions landscape.

This year’s applicant pool was just 21 shy of last year’s record pool of 28,357 as it sustained a historic 33% increase registered a year ago.

Reading this year’s applicant pool, and shaping a class from its impressive depth, was inspiring and humbling.

The acceptance rate for the Dartmouth Class of 2026 was 6.2%, tying the mark set last year by the Class of ’25 as the most selective admission cycle in the College’s history.

“Reading this year’s applicant pool, and shaping a class from its impressive depth, was inspiring and humbling,” says Lee Coffin, vice provost of enrollment and dean of admissions and financial aid.

“The acceptance rate cannot capture the intellectual engagement and personal vibrancy showcased across the pool, and the Admissions Committee was excited to see the palpable connection students outlined between their college aspirations and Dartmouth’s signature strengths.”

While the responses of applicants admitted through the regular round are not due back to Dartmouth until May 2, the rough contours of the Class of 2026 can already be glimpsed through the broad, statistical profile of those offered admission.

“Dartmouth has made a significant investment in students over the last year,” Coffin notes, “and the socioeconomic profile of our next class reflects that opportunity of expanded access.”

A record 19% of the U.S. citizens and permanent residents qualify for Pell Grants, the federal program for college students who demonstrate exceptional family need. And more than a third of all scholarship recipients also qualified for an aid package without a parent contribution, a low-income initiative adopted by Dartmouth last year. The Class of 2026 is the first to be offered admission since the policy was enacted.

In January, Dartmouth announced an expansion of its need-blind admissions policy to include all applicants regardless of citizenship. As a result: a record 15% of those admitted are international citizens, a 2 percentage point increase over last year’s record for an admitted class.

“The dynamism and depth of Dartmouth’s global applicant pool was incredible,” Coffin says. “The universal need-blind admission policy was a wonderful new opportunity to consider these candidacies on their academic and personal merit.”

For the first time since 2019, Dartmouth will welcome accepted students to campus for in-person yield programming throughout April. “It’s an exciting return to normal.”