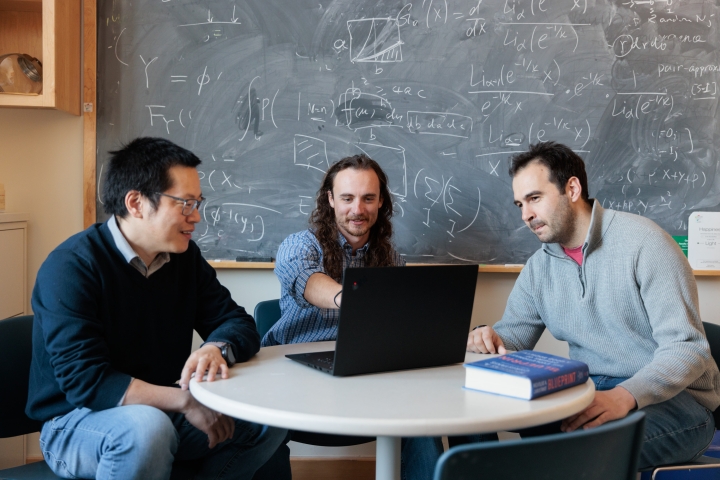 A long-standing theorem in the study of American politics holds that candidates will run to the middle in an attempt to win support from the average voter.

But a mathematical model developed by a team in Associate Professor of Mathematics Feng Fu’s lab found that growing voter polarization, impediments to voting, and third-party candidates can push candidates to the extremes.

The median voter theorem, a textbook sociological model established more than 70 years ago, maps voter positions on a left/right scale as a bell curve with the most voters in the middle. 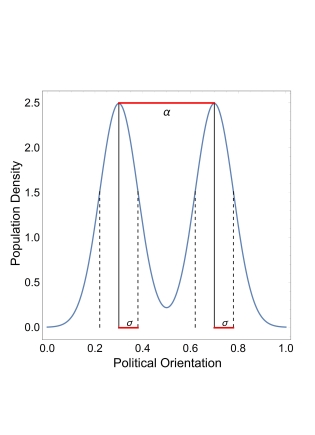 A graph from their research paper shows high numbers of voters on the left and right of the political spectrum and fewer in the middle. (Courtesy of the Feng Fu Lab)

Jones was lead author of the paper “Polarization, Abstention, and the Median Voter Theorem,” co-authored by Sirianni and Fu and published in Humanities & Social Sciences Communications.

“If you have an underlying distribution of voters who are extreme, a candidate, even in a general election, might have an incentive to build on that and be better served by being even more extreme than the voters that they’re trying to represent,” says Sirianni.

Their model also takes into account the mounting costs of voting, such as more restrictive voter registration laws, fewer voting locations, and purges of voter rolls.

And other factors such as the presence of more extreme third-party candidates can accelerate this effect, the authors argue.

Fu, whose lab integrates applied mathematics, social science, computer science, evolutionary biology, and statistical physics, says the research by Jones and Sirianni is a prime example of the lab’s data-driven mathematical modeling of real-world problems that have broad impact on society.

“This work is a result of interdisciplinary team-collaboration that combines evolutionary game theory with real data to provide insight into understanding the interplay between voting preferences and party ideological shift,” Fu says.