The event will take place on the anniversary of his father’s 1962 address on campus. 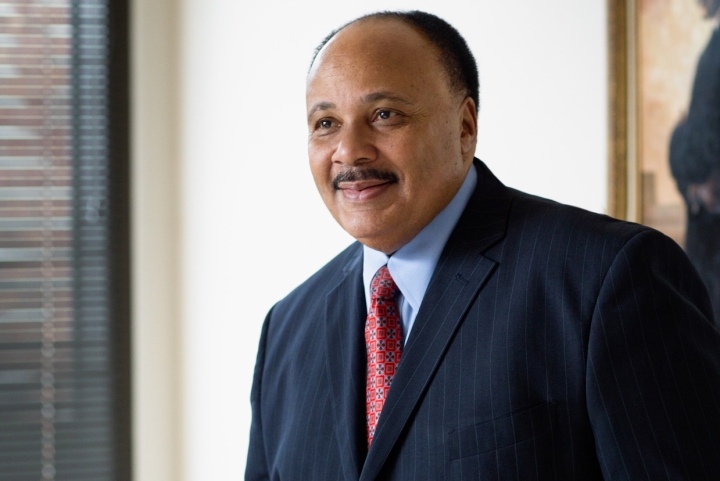 Dr. King’s 1962 lecture, “Towards Freedom,” was part of Dartmouth’s famed Great Issues course. In his talk, King warned that education alone could not solve the problem of racism in America and asserted that civil rights must be enshrined in law.

“I look forward to joining the Dartmouth community’s commemoration of the 60th anniversary of my father, Martin Luther King Jr.’s speech at Dartmouth,” says Martin Luther King III. “We will also be celebrating the 50th anniversary of the founding of the Black Alumni of Dartmouth Association. Together, we can make this occasion a great day of recommitment to nonviolent movements for racial equality, social and economic justice, and world peace.”

Senior Vice President and Senior Diversity Officer Shontay Delalue says the visit by Martin Luther King III is an important moment for Dartmouth and for the national movement to ensure equity, diversity, and inclusion efforts are centered in institutions of higher learning.

“As an ambassador of his parents’ legacy of nonviolent social change, Martin Luther King III has devoted his life to eradicate the evils of racism and poverty internationally,” Delalue says.

“King’s address, held in conjunction with the Dartmouth social justice awards on the anniversary of his father’s historic speech at Dartmouth, comes several days before events celebrating the 50th anniversary of the founding of the Black Alumni of Dartmouth Association—all of which makes for a truly momentous set of occasions.”

We are honored that Martin Luther King III will share his passion for justice and equity from a Dartmouth platform, just as his father did 60 years ago.

The event is free and open to the public, although tickets will be required. It also will be livestreamed (RSVP required). Tickets and information on the livestream are available through the Hopkins Center for the Arts.

“We are honored that Martin Luther King III will share his passion for justice and equity from a Dartmouth platform, just as his father did 60 years ago,” says President Philip J. Hanlon ’77. “His keynote address will connect us with Dr. King’s impassioned message and encourage us in our commitment to promote civil rights and human rights at Dartmouth and in the wider world.”

Martin Luther King III has devoted his life to work in the nonprofit sector, promoting civil rights and global human rights. A member of the board of directors and former president of the Atlanta-based King Center, he is a former president of the Southern Christian Leadership Conference, the organization co-founded by his father.

He is also founder and president of Realizing the Dream Inc., spearheading nonviolence training in the U.S. and around the world. In addition, he has worked as an election monitor in South Africa, Nigeria, and Kenya.

Martin Luther King Jr.’s 1962 speech came at a time of heated national debate over the proposition of enacting a law prohibiting discrimination based on race, color, religion, sex, or national origin. 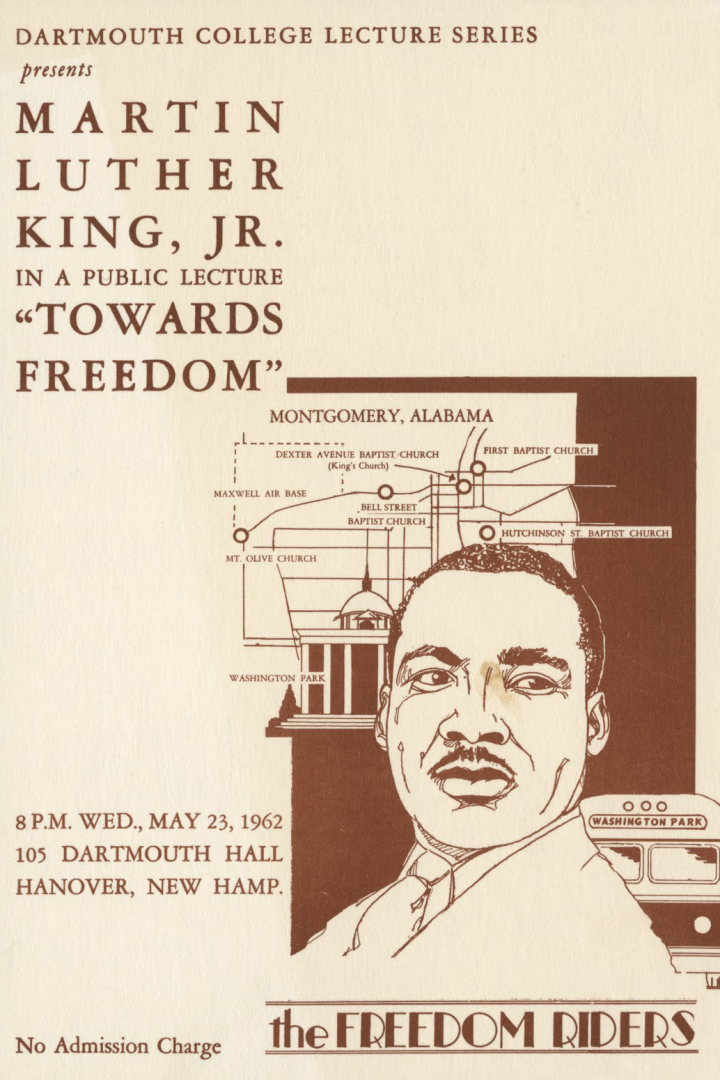 A flyer for the 1962 lecture at Dartmouth by the Rev. Martin Luther King Jr.

From the stage in Dartmouth Hall that evening, King called on President John F. Kennedy “to issue an executive order declaring all segregation unconstitutional on the basis of the 14th Amendment of the Constitution. This would be something of a second Emancipation Proclamation,” he said.

Kennedy did not act, but two years later his successor, President Lyndon Johnson, signed the Civil Rights Act of 1964, the landmark law prohibiting discrimination based on race, color, religion, sex, and national origin. The following year, Johnson signed the Voting Rights Act of 1965, outlawing the discriminatory voting practices adopted in many southern states after the Civil War, including literacy tests as a prerequisite to voting.