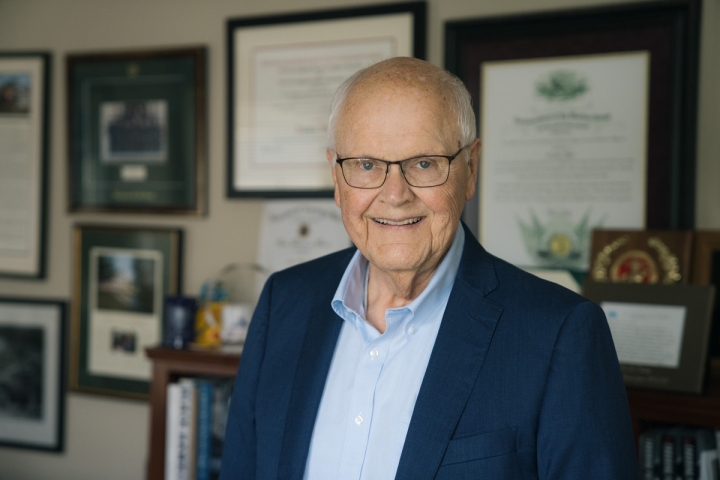 President Emeritus James Wright, a Marine Corps veteran and a fierce advocate for veterans at Dartmouth and in higher education, has published his third book on the U.S. military experience, War and American Life: Reflections on Those Who Serve and Sacrifice.

Wright describes his latest work as “an octogenarian and a historian trying to share some reflections on veterans, who they are, and what our obligations are to them, because I don’t think we do a very good job of remembering.”

In honor of this Memorial Day, Wright shared the following essay, first published in The Atlantic in May 2016. It was written as the election-year rhetoric about the American response to the rise of the Islamic State in Syria, and the wars in Iraq and Afghanistan, often included calls to send more troops into combat.

Remembering Those Who Wore the ‘Boots on the Ground’

In this election year of 2016, Memorial Day comes amid debates about how to respond to those who threaten the United States and its allies. A military response or preventive action is a common suggestion to deal with threats. The rhetoric from candidates, from political leaders, from cheering sections, and from pundits has been aggressive. Recent months have brought proposals for increased air strikes, carpet bombing, establishing and enforcing no-fly zones, congressional declarations of war, authorizing torture of suspects, and arming and aiding those whose weapons now seem aimed in what America currently considers the right direction.

Some of these plans include the introduction of combat troops to combat ISIS (Islamic State of Iraq and Syria)—calling for “boots on the ground.” This is unambiguously a muscular assertion. Foes beware and friends take comfort—the American troops have landed. 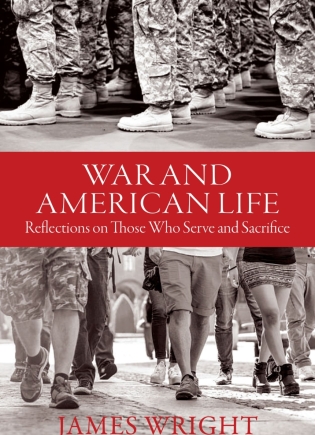 But “boots on the ground” is about more than a figure of speech, a synonym for combat deployment. The metaphor obscures and abstracts the humanity of the young Americans dispatched on open-ended assignments. Calling them “boots” substitutes leather for flesh and blood—flesh that will be torn and blood that will be spilled. To advocate sending boots onto hostile ground is easier than proposing to send young men and women into a dangerous situation.

Calls for “boots on the ground” also evoke images of what is commonly called the “battlefield cross.” It is part of the unofficial military ceremony that men and women often hold, either in the field or back at their home base, to memorialize a deceased comrade.

This “cross” is not a cross but a field weapon, a rifle, with fixed bayonet thrust into the ground. A helmet sits on the top of the butt of the rifle. This inverted-rifle icon is at the center of a ceremony that enables comrades to pause, to bend a knee, to remember, to grieve, to say farewell. There is often a final roll call, understanding that one—or more—of the names shouted out will elicit no response.

At least as far back as the Vietnam War, this memorial has been further enriched and humanized by a pair of field boots sitting next to the weapon, helmet, and bayonet. Many have seen this image or even just the empty combat boots placed in front of the Vietnam Veterans Memorial Wall and other sites to remember friends who served and died.

These boots are a forceful and personal reminder. The U.S. Army Manual describing the field ceremony notes that the boots symbolize the “final march of the last battle.” Combat boots in the ceremony democratize a very old tradition in military funerals of leaders—the riderless horse with empty boots reversed in the stirrups, following the caisson with the body of the deceased. This rattling saber is silently sheathed.

Memorial Day is a single day, set aside for Americans to reflect upon and honor those whom they should reflect upon and honor every day. It provides a symbolic occasion to pause and consider those who serve in the military, and especially those whose sacrifice is forever—indelibly symbolized by the quiet markers in national cemeteries. But Americans need to make this act of reflection an enduring commitment rather than a perfunctory salute. If they have an obligation to remember these sacrifices when the shooting stops, they have a contract with those who serve to anticipate them before the shooting starts.

There unfortunately will be occasions when the United States needs to ask members of its military to take on an assignment on hostile ground. That can be a necessary action. And it can be an expected deployment for those who have volunteered to serve. They will go. But before such an order is issued, those who urge and authorize such an assignment should assess and explain it carefully, to make clear what the military’s goal is and what the metric is for knowing this deployed force has achieved it.

Explaining these things has become far more complicated. Since World War II, American wars have been fought for often general, typically ambiguous, and always evolving political ends. Combat operations in Iraq and Afghanistan have been called “asymmetrical warfare,” engagements in which there is seldom an enemy in uniform in the field. In these conflicts, American military forces need to follow stringent rules of engagement, to recognize protected areas, to respect and protect noncombatants, and to seek to win often-fickle and always-frightened hearts and minds among the civilian residents. They need to work as civic, economic, and cultural advisers, as well as a police force aiming to control carefully and seldom overtly. None of these are conventional military actions—and public debate has not kept pace.

One way to change that is to move from metaphor to reality. Those who urge this deployment must think not of robotic drones, of shock-and-awe video-game firepower, or of marching boots and of other bloodless euphemisms, but of the young countrymen and women involved. And to anticipate that these operations will inevitably result in real boots on the ground—empty boots sitting next to a rifle attached to a bayonet thrust in the earth. With loved ones grieving at home and comrades grieving in the field.

Think of these boots and those who wore them on Memorial Day. And every day.

From War and American Life: Reflections on Those Who Serve and Sacrifice, Brandeis University Press (2022), pp. 195-197.