The community-minded NFL quarterback received an honorary degree from Dartmouth during commencement. 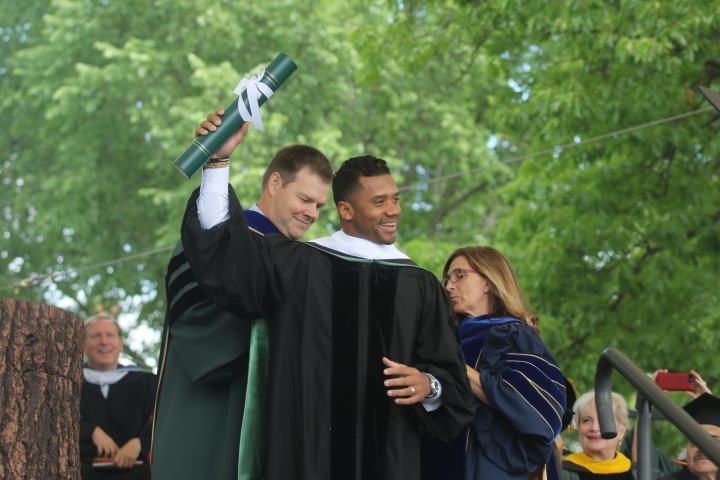 RUSSELL WILSON, as a record-breaking NFL quarterback, community-minded philanthropist, and successful entrepreneur, your outstanding dedication to both society and your sport has made you one of the most admired and celebrated athletes of our time.

Read our feature story on the Class of 2022 Commencement.

With strong family values, a respect for education and an unparalleled work ethic instilled in you by your parents, you were destined to make a difference. So when your father posed the simple question, “Why not you?,” you immediately took it to heart.

You tossed your first football with your father at the age of four. Twenty years later, you were named NFL Rookie of the Year. A nine-time Pro Bowler, you hold the record for most wins by an NFL quarterback through 10 seasons and successfully led the Seattle Seahawks to back-to-back Super Bowls, defeating the Denver Broncos in 2014 to help the team to its first Super Bowl championship in franchise history.

Your accomplishments on the field are surpassed only by your achievements off the field.

The Why Not You Foundation you launched with your wife and partner, Ciara, in 2014 has raised over $10 million for pediatric cancer research to date and provided underprivileged youth around the Seattle area with expanded educational opportunities. In 2021, you opened the Why Not You Academy, a tuition-free charter school that prepares students for a lifetime of success, and your inspirational picture book titled Why Not You? is empowering children of all ages to actively pursue their dreams.

In recognition of your outstanding service to the community, the NFL presented you with its most prestigious honor, naming you the 2020 Walter Payton NFL Man of the Year.

For your poise, leadership, and sportsmanship, both on and off the field, for your commitment to improving the lives of others, and for your belief in the power of positivity in helping people reach their full potential, Dartmouth is proud to award you the honorary degree of Doctor of Humane Letters. 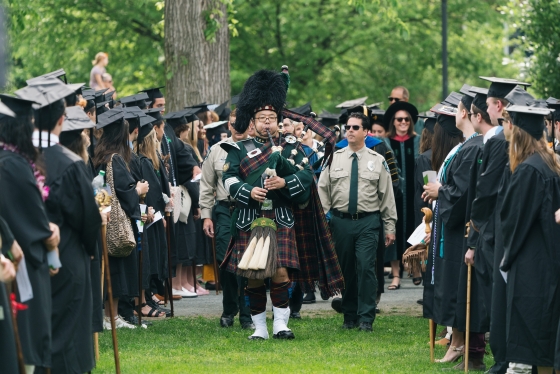