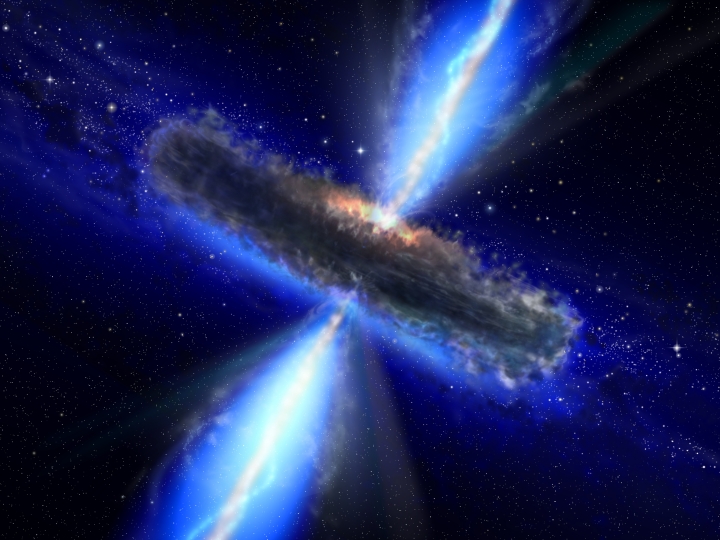 Supermassive black holes can be obscured by a doughnut-shaped ring of dust and gas, known as a “torus.” (Photo by ESA/NASA, the AVO project and Paolo Padovani)
7/26/2022
More Reading

Supermassive black holes are believed to reside at the center of nearly all large galaxies. The space objects devour galactic gas, dust and stars. They can even become heavier than some small galaxies.

By knowing how fast a black hole is feeding, its mass, and the amount of radiation nearby, researchers can determine when some black holes underwent their biggest growth spurts. That information, in turn, can tell them about the history of the universe.

As advances such as new images captured by NASA’s James Webb Space Telescope help scientists understand some of the most powerful forces in the universe, a separate Dartmouth study is clarifying the mystery of supermassive black holes in rapid growth stage, known as active galactic nuclei or AGN.

“The light signatures from these objects have mystified researchers for over a half-century,” says Tonima Tasnim Ananna, a postdoctoral research associate and lead author of a new paper on the special family of black holes. 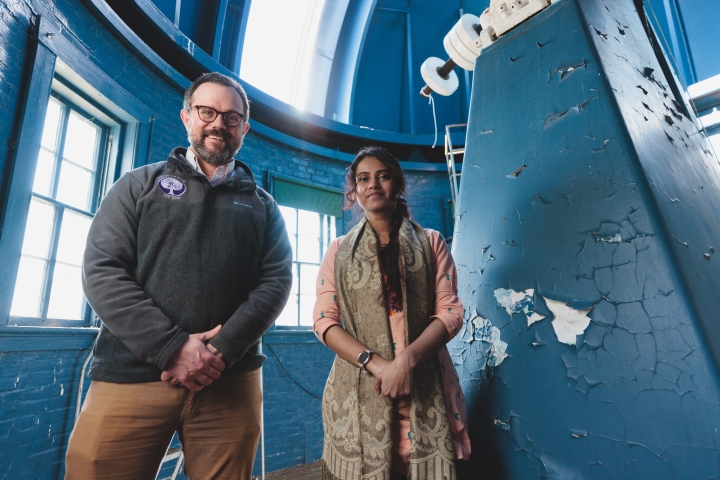 Light coming from near supermassive black holes can have different colors. They can also vary in brightness and spectral signatures. Until recently, researchers believed that the differences depended on viewing angle and how much a black hole was obscured by its “torus,” a doughnut-shaped ring of gas and dust that usually surrounds active galactic nuclei.

But technical studies from Ananna and others are challenging this model. Ananna and Ryan Hickox, professor of physics and astronomy, have found that the black holes look differently because they are actually in separate stages of the life cycle.

The light signatures from these objects have mystified researchers for over a half-century.

The new Dartmouth study found that the amount of dust and gas surrounding a supermassive black hole is directly related to how actively it is growing. When a black hole is feeding at a high rate, the energy blows away dust and gas. As a result, it is more likely to be unobscured and appear brighter.

The research provides some of the strongest evidence yet that there are fundamental differences between supermassive black holes with different light signatures, and that these differences cannot be explained only by whether the observation is taking place through or around an AGN’s torus.

“This provides support for the idea that the torus structures around black holes are not all the same,” says Hickox, a co-author of the study. “There is a relationship between the structure and how it is growing.”

The finding that it is the feeding rate, not the viewing angle, that determines the light signatures of supermassive black holes stems from a decade-long analysis of nearby AGNs by an international collaboration using Swift-BAT, a high-energy NASA X-ray telescope.

For the study, published in The Astrophysical Journal, Ananna developed a computational technique to assess the effect of obscuring matter on the observed properties of black holes.

The research paper says that it definitively shows the need to revise the prevailing theory of AGN which characterizes obscured and unobscured AGN as similar, despite appearing different due to viewing angle.

“Over time, we’ve made many assumptions about the physics of these objects,” says Ananna, who was selected in 2020 as one of Science News’ top 10 “Scientists to Watch.” “Now we know that the properties of heavily hidden black holes are significantly different from unobscured AGN.” 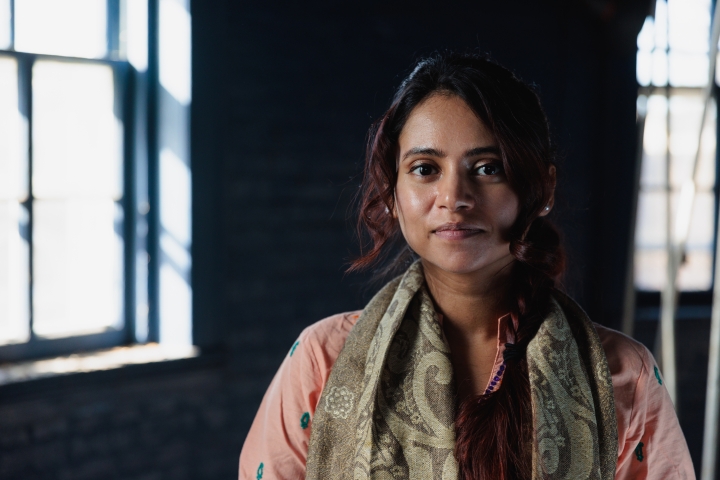 Tonima Tasnim Ananna, voted in 2020 by Science News as one of the top 10 “Scientists to Watch.” (Photo by Robert Gill)

The answer to the nagging space mystery, should allow researchers to create more precise models about the evolution of the universe and how black holes develop.

“One of the biggest questions in our field is where do supermassive black holes come from,” says Hickox. “This research provides a critical piece that can help us answer that question, and I expect it to become a touchstone reference for this research discipline.”