A Summer Reading List for Fun and (Intellectual) Profit

Members of the Dartmouth community offer their top book picks. 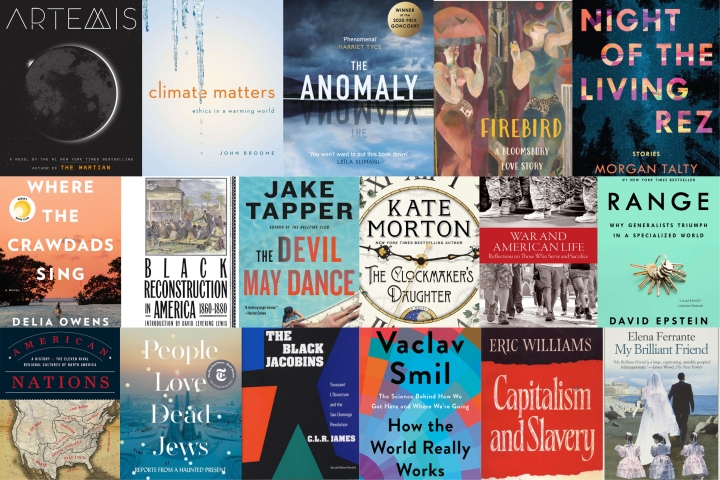 With many people headed to the beach or a cabin in the days ahead, Dartmouth News asked several community members to share their summer reading suggestions.

What book would they recommend as a must-read to a friend or colleague? What are they going to read on vacation, even if it wouldn’t make it onto their office bookshelf?

From essays proposing ways to find hope amid political and environmental crises, to a fictional love story of the Russian ballet dancer Lydia Lopokova and economist John Maynard Keynes, to works by President Emeritus James Wright, Morgan Talty ’16, and trustee Jake Tapper ’91, there are plenty of engaging reads to fill out anyone’s summer reading list.

My “must read” recommendation is Night of the Living Rez by Dartmouth alumnus Morgan Talty ’16. I just finished reading the interlinked collection of stories set in a native community in Maine, which are deeply affecting. Talty, a citizen of the Penobscot Indian Nation, writes beautifully and unflinchingly about family, friendship, and community in a narrative that is both raw and tender.

For my vacation next month, I’m packing the new novel by Susan Sellers. Firebird: A Bloomsbury Love Story is a fictional account of the love story of the Russian ballet dancer Lydia Lopokova and the economist and intellectual John Maynard Keynes. I’m looking forward to being transported to 1920s Cambridge and London and the ever-fascinating Bloomsbury group. 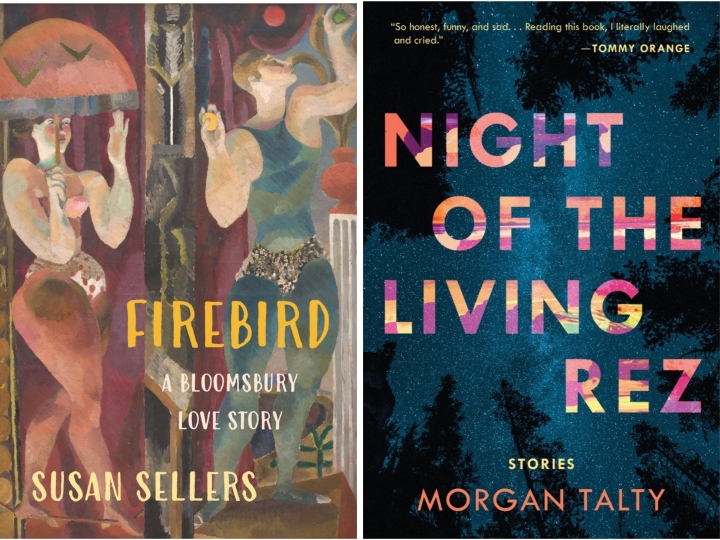 Director of the Neukom Institute for Computational Science

The most thought-provoking book I have read in the past year is Dara Horn’s People Love Dead Jews: Reports From a Haunted Present. It is an insightful and powerful critique of the ways in which the media frames murderous anti-Semitism, including the Holocaust, and it has changed the way in which I read news and think about memorials of all kinds. I’ve recommended it to many friends.

On a different note, I’ve just completed Andy Weir’s trilogy, having just finished Artemis, and Project Hail Mary, to complement my long ago reading of The Martian. Real science, real action, and not really outlandish science fiction. These are pure fun—OK, with a little bit of science teaching to boot. 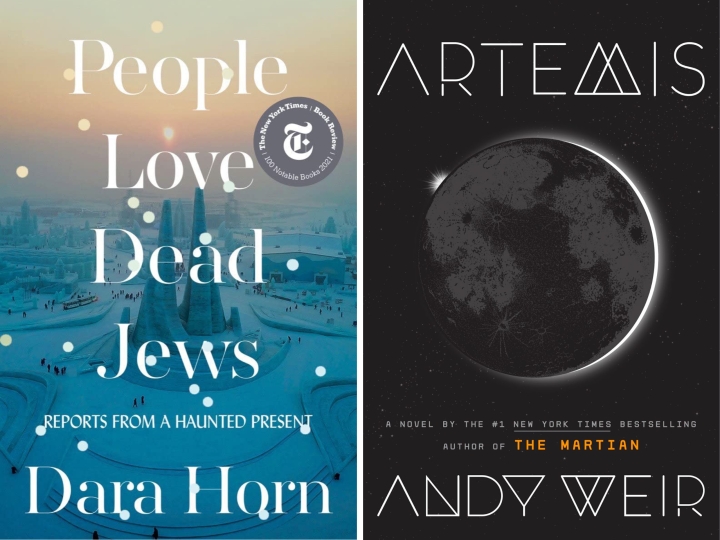 One book that I would recommend to anyone, a must-read, is Climate Matters: Ethics in a Warming World, by John Broome. A book that I own and has left my shelf countless times since my freshman year “Climate Ethics” course, I recommend this book to anyone who lives on this dear planet we call home.

A book that I have been looking forward to reading this summer, Where the Crawdads Sing by Delia Owens, is one that I have heard only glowing reviews about. Reminding me of Kate Morton’s The Clock Maker’s Daughter, my interest in this book stems from its dual timeline format and mystery. 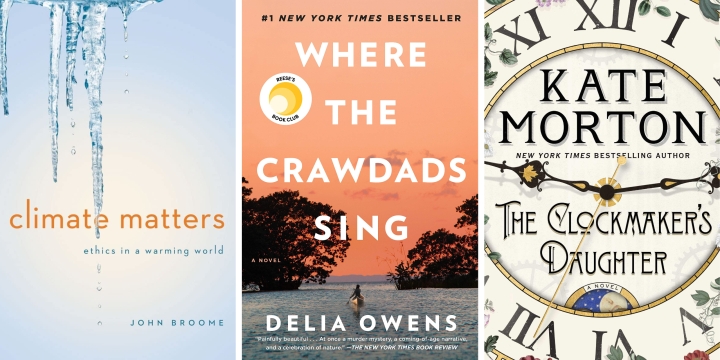 A More Beautiful and Terrible History: The Uses and Misuses of Civil Rights History, by Jeanne Theoharis, is a book that paints the civil rights movement and prominent civil rights activists in a different light. Rather than continuing the common narrative that civil rights activists were accidental and passive heroes and heroines, Theoharis portrays activists, such as Martin Luther King Jr. and Rosa Parks, as individuals who imagined a radical reconstruction of American society. Instead of providing a sanitized and filtered version of civil rights history, one that is comfortable and easy to swallow, Theoharis forces readers to come to terms with a version of history that is historically accurate and as the title suggests, more “beautiful and terrible.”

While this is not necessarily a book that I would usually drift towards, I look forward to reading Everything is F*cked: A Book About Hope by Mark Manson. I am drawn towards this book, and look forward to reading it, partly due to its almost paradoxical title but also due to the fact that everything (from politics to climate change), for a lack of better terms, does seem to be going downhill. As a slight pessimist, I hope that this book will allow me to see how I can find hope while simultaneously acknowledging that almost everything is going downhill! 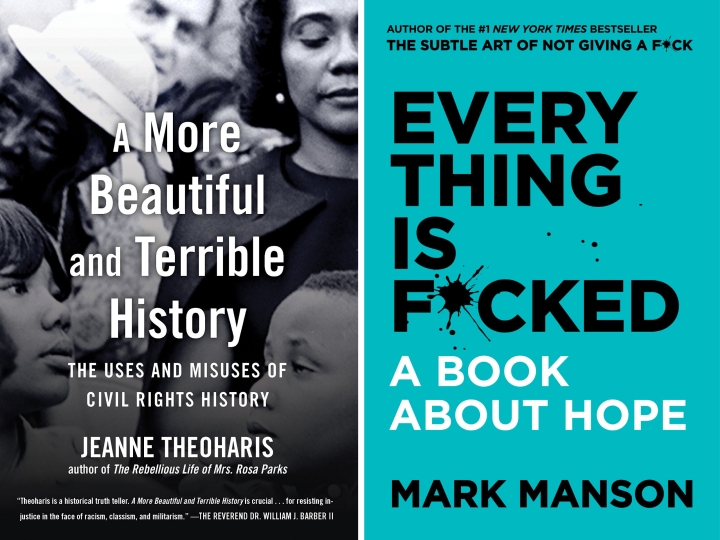 Member of The Call to Lead Campaign Executive Committee

My top recommendation for summer reading is My Brilliant Friend, by Elena Ferrante.

For many decades I have avoided reading My Brilliant Friend. This summer I checked it out of the library and having just finished it I would now highly recommend it. As many reviewers have written, it is a book about friendship. But it is so much more. The friendship is one of jealousy, competition, and deep love. Equally compelling were the detailed descriptions of an impoverished neighborhood and the discomforting feelings first-generation students have as they seek educational opportunities. 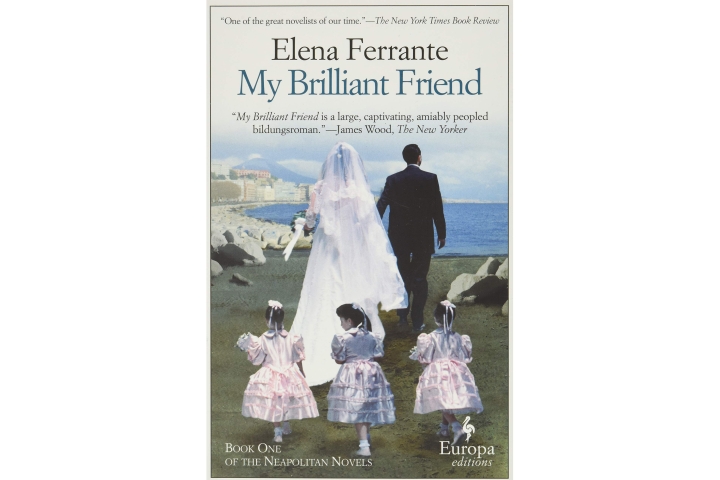 It always pays historians to revisit the classics. Spurred by my ongoing interest in the global history of the Great Depression, I have recently found myself returning to the great historians of the Black Atlantic diaspora of the 1930s. W.E.B. Du Bois published Black Reconstruction in America, 1860-1880 in 1935, and C.L.R. James’s history of the Haitian Revolution, The Black Jacobins, came out in 1938. The same year Eric Williams completed his Oxford dissertation on the British slave trade and the Industrial Revolution (which came out as Capitalism and Slavery in 1944). Besides being canonical works of historical recovery, these books also aim to deliver, as their authors emphasize, a prehistory of the crisis of the 1930s. They also aspire to open perspectives for overcoming this crisis—to redress, that is, the developmental inequities and racial hierarchies that the 19th century had bequeathed to the 20th.

My summer pleasure reading has been Hervé Le Tellier’s The Anomaly: A Novel, which won the Goncourt Prize when it came out in France. A cosmic anomaly during a massive Atlantic storm duplicates a plane headed from Paris to New York. The novel re-ups a classic literary theme, that of the hero’s voyage gone awry, as part noir, part farce, part cyberpunk sci-fi, delivered via some delightfully reckless storytelling. 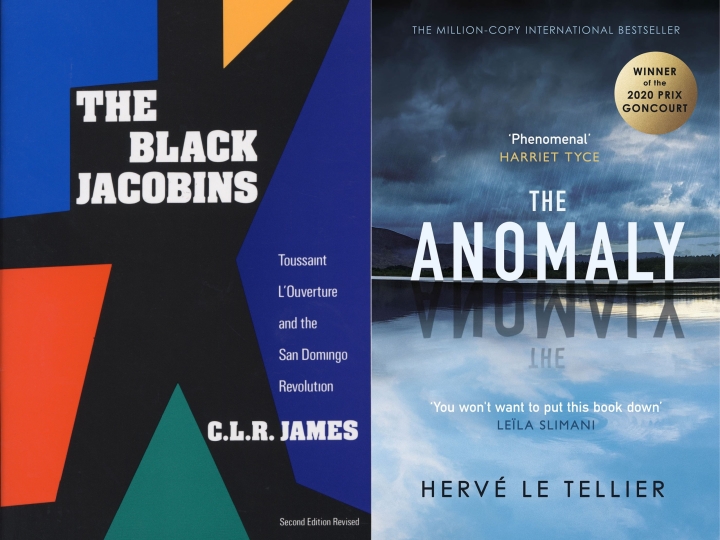 Dean of Thayer School of Engineering

“I am more of a nonfiction reader (yes, for pleasure),” writes Abramson. Her picks include Range: Why Generalists Triumph in a Specialized World, by David Epstein. In his study of the world’s most successful people, Epstein discovered that generalists, not specialists, are primed to excel.

Abramson also recommends How the World Really Works: The Science Behind How We Got Here and Where We’re Going, by Vaclav Smil, an analysis of the science and technology that make our 21st century lives possible. 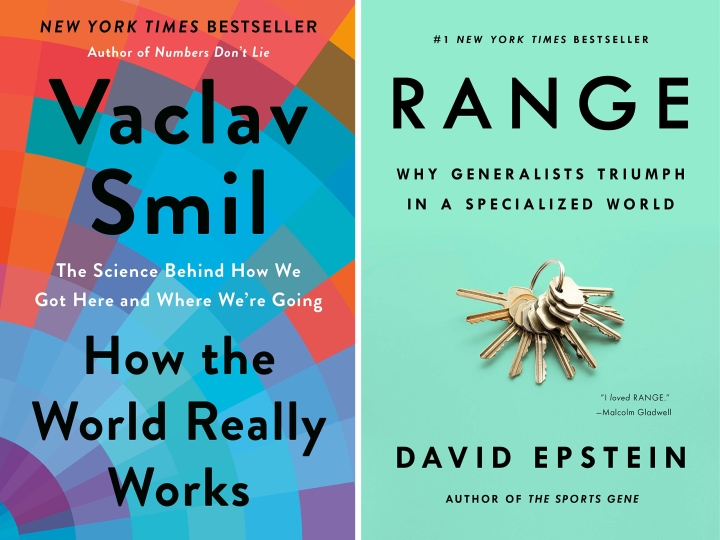 President and CEO of Dartmouth Health

Conroy recommends American Nations: A History of the Eleven Rival Regional Cultures of North America, by Colin Woodard, a history of the competing “nations” that formed the North American continent, from the Deep South to the Far West, to Yankeedom to El Norte. 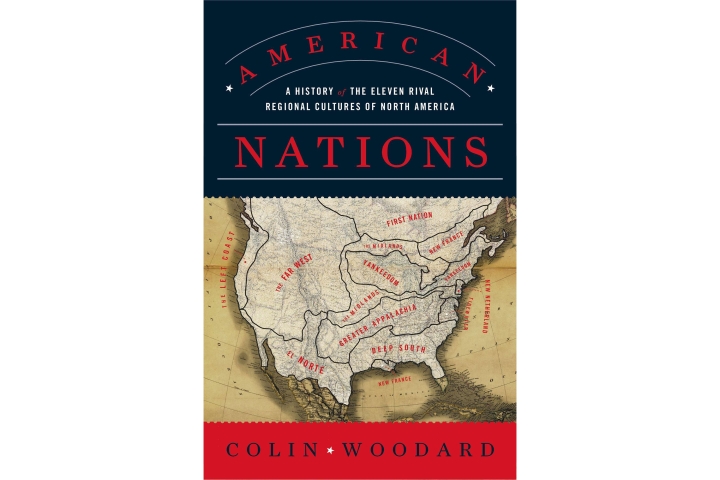 “It’s always a joy to read work by one of my favorite Marines, my former history professor President Emeritus James Wright,” says Tapper, recommending Wright’s latest work, War and American Life: Reflections on Those Who Serve and Sacrifice.

(Tapper’s latest novel, The Devil May Dance, is just out in paperback. The 1960s political thriller is populated with characters the likes of Bobby Kennedy, Frank Sinatra, and Charlie Marder, the D.C. political operative who debuted in Tapper’s 2018 novel, Hellfire Club.) 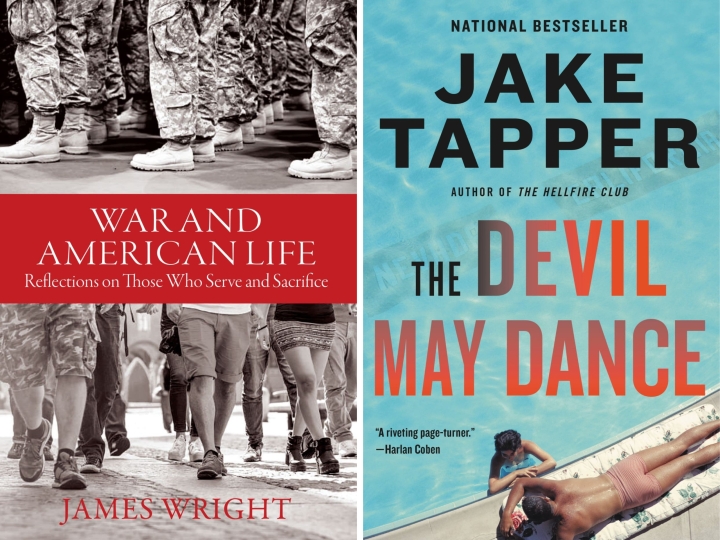