What Killed Dinosaurs and Other Life on Earth? 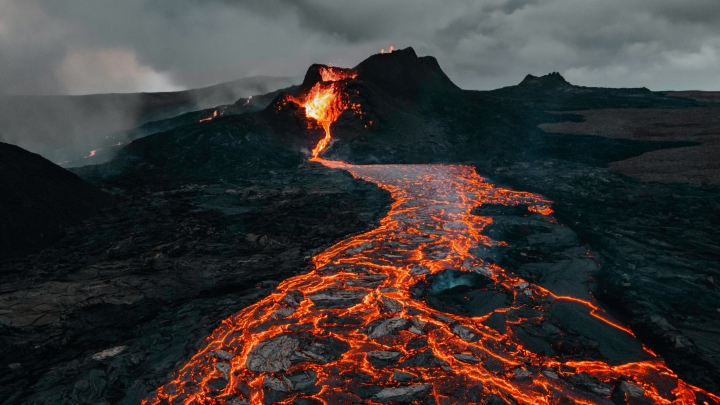 The biological history of the Earth has been punctuated by mass extinctions that wiped out a vast majority of living species in a geological instant.

Based on evidence in the fossil record, scientists have identified five such events that reshaped life on Earth, the most familiar of which brought about the demise of the mighty dinosaurs at the end of the Cretaceous Period 66 million years ago.

What caused these catastrophes remains a matter of keen scientific debate. Some scientists argue that comets or asteroids that crashed into Earth were the most likely agents of mass destruction, while others point fingers at large volcanic eruptions.

Assistant Professor of Earth Sciences Brenhin Keller belongs to the latter camp. In a new study published in PNAS, Keller and his co-authors make a strong case for volcanic activity being the key driver of mass extinctions. Their study provides the most compelling quantitative evidence so far that the link between major volcanic eruptions and wholesale species turnover is not simply a matter of chance.

Our results make it hard to ignore the role of volcanism in extinction.

Four of the five mass extinctions are contemporaneous with a type of volcano called a flood basalt, the researchers say. These are a series of eruptions (or one giant one) that flood vast areas with lava in the blink of a geological eye, a mere million years. They leave behind giant fingerprints as evidence—extensive regions of step-like, igneous rock that geologists call large igneous provinces.

To count as “large,” an igneous province must contain at least 100,000 cubic kilometers of magma. For scale, the 1980 eruption of Mount St. Helens involved less than one cubic kilometer of magma.

In fact, a series of eruptions in what is now known as Siberia triggered the most destructive of the mass extinctions about 252 million years ago, releasing a gigantic pulse of carbon dioxide into the atmosphere and nearly choking off all life. Bearing witness are the Siberian Traps, a large region of volcanic rock roughly the size of Australia.

Volcanic eruptions also rocked the Indian subcontinent around the time of the great dinosaur die-off, creating what is known today as the Deccan plateau. This, much like an asteroid strike, would have had far-reaching global effects, blanketing the atmosphere in dust and toxic fumes, asphyxiating dinosaurs and other life.

“It seems like these large igneous provinces line up in time with mass extinctions and other significant climatic and environmental events,” says Theodore Green ’21, lead author of the paper. 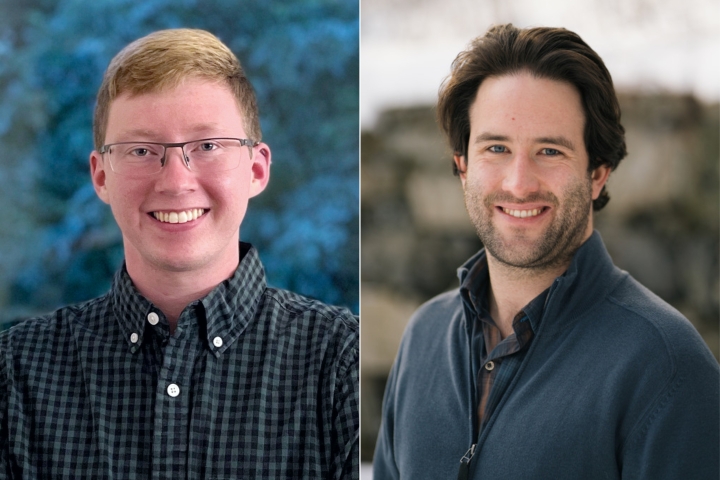 On the other hand, the researchers say, the theories in favor of annihilation by asteroid impact hinge upon the Chicxulub impactor, a space rock that crash-landed into Mexico’s Yucatan Peninsula around the same time that the dinosaurs went extinct.

“All other theories that attempted to explain what killed the dinosaurs got steamrolled when the crater the asteroid had gouged out was discovered,” says Keller. But there’s very little evidence of similar impact events that coincide with the other mass extinctions despite decades of exploration, he points out.

For his Senior Fellowship thesis, Green set out to find a way to quantify the apparent link between eruptions and extinctions and test whether the coincidence was just chance or whether there was evidence of a causal relationship between the two. Working with Keller and co-author Paul Renne, professor of Earth and planetary science at the University of California, Berkeley, Green turned to the supercomputers at the Dartmouth Discovery Cluster to crunch the numbers.

The researchers compared the best available estimates of flood basalt eruptions with periods of drastic species kill-off in the geological timescale, including but not limited to the five mass extinctions. To prove that the timing was more than a random chance, they examined whether the eruptions would line up just as well with a randomly generated pattern and repeated the exercise with 100 million such patterns. “Less than 1% of the simulated timelines agreed as well as the actual record of flood basalts and extinctions, suggesting the relationship is not just random chance,” says Green, who is now a graduate student at Princeton.

But is this proof enough that volcanic flood basalts sparked extinctions? If there were a causal link, scientists expect that larger eruptions would entail more severe extinctions, but such a correlation has not been observed until now.

By recasting how the severity of the eruptions is defined, the researchers make a convincing case to unequivocally incriminate volcanoes in their paper.

Rather than considering the absolute magnitude of eruptions, they ordered the events by the rate at which they spewed lava and found that the ones with the highest eruptive rates did indeed cause the most destruction.

“Our results make it hard to ignore the role of volcanism in extinction,” says Keller. 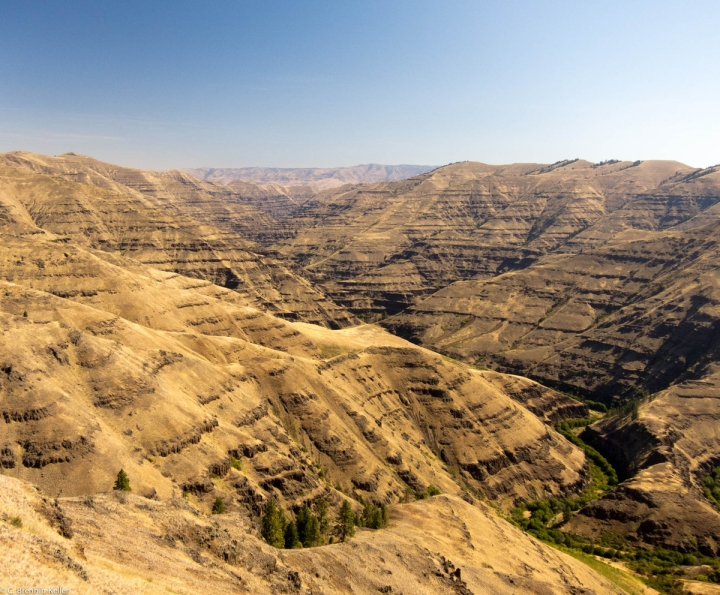 Examples of flood basalt volcanism can be seen in what are known as Grande Ronde flows exposed in Joseph Canyon on the Oregon-Washington border. (Photo courtesy of Brenhin Keller)

The researchers ran the numbers for asteroids too. The coincidence of impacts with periods of species turnover was significantly weaker, and only worsened when the Chicxulub impactor was not considered.

The eruption rate of the Deccan Traps in India suggests that the stage was set for widespread extinction even without the asteroid, says Green. The impact was the double whammy that loudly sounded the death knell for the dinosaurs, he adds.

Flood basalt eruptions aren’t common in the geologic record, says Green. The last one of comparable scale happened about 16 million years ago in the Pacific Northwest. But there are other sources of emissions that pose a threat in the present day, the researchers say.

“While the total amount of carbon dioxide being released into the atmosphere in modern climate change is still very much smaller than the amount emitted by a large igneous province, thankfully,” says Keller, “we’re emitting it very fast, which is reason to be concerned.”

Green says that this rate of carbon dioxide emissions places climate change in the framework of historical periods of environmental catastrophe.

Green describes Dartmouth’s Senior Fellowship program, which allows undergraduates to go beyond the curriculum in their senior year, as a unique opportunity to dive into a field of his choice and develop a taste for research.

“This work is a great example of what Senior Fellows can achieve,” says Keller.