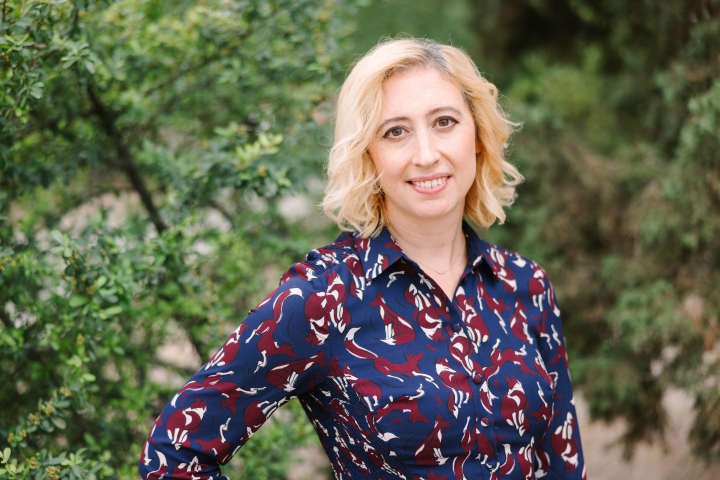 ‘I Want My Time on Earth to Mean Something’

Sociologist Jennifer Carlson ’04 was among 25 scholars from diverse fields named as 2022 MacArthur Fellows on Wednesday.

The fellowships, which include a no-strings award of $800,000 over five years from the John D. and Catherine T. MacArthur Foundation, are awarded annually “to talented individuals who have shown extraordinary originality and dedication in their creative pursuits.”

Carlson is an associate professor of sociology at the University of Arizona, Tucson. Her work examines the politics of guns in American life. Through research with gun owners, gun sellers, law enforcement, gun violence survivors, and state licensing bodies, Carlson investigates the forces that shape gun culture in the United States.

Her first book, Citizen-Protectors: The Everyday Politics of Guns in an Age of Decline, examines the politics of gun carry. In her second book, Policing the Second Amendment: Guns, Law Enforcement, and the Politics of Race, Carlson reframes the debate about gun regulation. Carlson’s forthcoming book, Merchants of the Right: Gun Sellers and the Crisis of American Democracy, focuses on the dramatic increase in gun sales in 2020 against the backdrop of pandemic insecurities, police violence and political polarization, according to the MacArthur Foundation.

“The one thing I remember most about her is fearlessness—in terms of her life, her politics, and her scholarship,” says Professor of Sociology Kathryn Lively, who supervised Carlson’s senior thesis at Dartmouth.

Lively says Carlson spent the summer of her senior year living alone in Huntsville, Texas, interviewing residents from all walks of life about their take on the death penalty. Huntsville, Lively notes, “has the dubious honor of being the death penalty capital of the world.”

“Despite her own ongoing involvement with such organizations as Amnesty International, Jennifer delivered one of the most sophisticated, balanced, and fair theses I have ever come across in my time at Dartmouth. It was rigorous, well written, and could have easily passed as a PhD (dissertation). And it looked at the issue from an institutional lens that provided a depth of understanding that belied her status as an undergraduate scholar,” Lively says.

Two other new MacArthur Fellows have been on the Dartmouth campus in recent years. Composer Ikue Mori, of New York City, performed a concert in October 2015 for a Dartmouth symposium on composer and Dartmouth Professor Emeritus of Music Christian Wolff.

Jazz cellist and composer Tomeka Reid, of Chicago, gave a master class in the Department of Music in 2018 as a guest of Taylor Ho Bynum, director of the Coast Jazz Ensemble, and also participated in a Hopkins Center for the Arts forum last year, among other events.