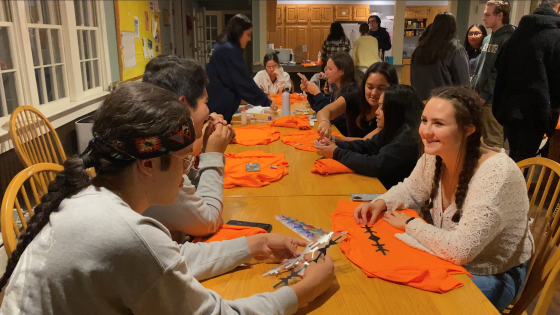 Members of the Native Americans at Dartmouth student group created “Every Child Matters” T-shirts and handed out orange ribbons to mark Orange Shirt Day on Sept. 30.

First started in Canada, the day is intended to raise awareness about the traumatic legacy of what were known as Indian boarding schools in the U.S. and Canada, where starting in the late 19th century many Native American and First Nations children were forced into programs that sought to wipe out their Indigenous culture and subjected to abuse.