Dartmouth Podcasters Try to Make Sense of the Middle East

Ezzedine Fishere and student Brandon Mioduszewski ’25 launch a series on the region. 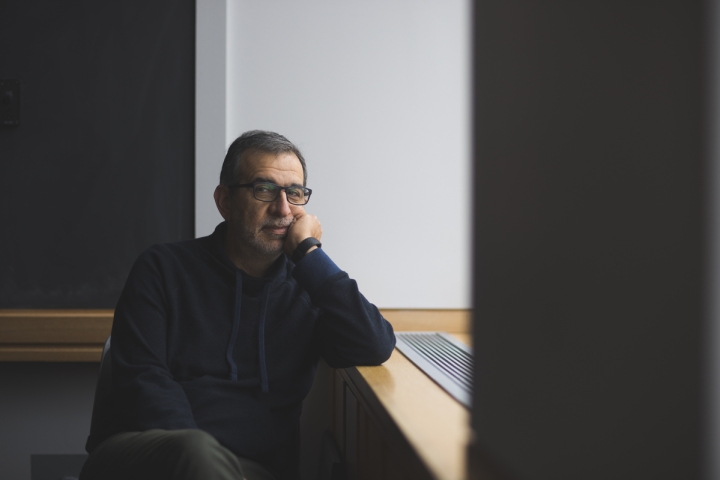 The idea of a podcast as a way to help his students and a wider audience engage with the complexities of Middle Eastern politics had been in the back of senior lecturer Ezzedine Fishere’s mind for a long time, but it was Brandon Mioduszewski ’25 who made it a reality.

“For me it was a project I might do when I grow older or something. It’s one of those things that you think about, but it seemed very complicated,” says Fishere, an Egyptian writer, academic, and former diplomat.

“Then, suddenly it became something we can do immediately, and we did it,” Fishere says.

On Dec. 1, Fishere and Mioduszewski launched the first episode of the monthly podcast Making Sense of the Middle East, featuring a conversation with visiting professor Bernard Avishai, a writer with The New Yorker, a specialist on Israeli politics, and author of The Tragedy of Zionism. The episode, available on Spotify, Apple Podcasts, Deezer and others, is titled “A Synagogue with an Army? What Israel’s latest elections say about its future.”

“I took a class with Professor Fishere last spring and I really enjoyed it, so I wanted to continue working with him and see what he had to say,” says Mioduszewski. “Besides that, it’s just really fun because I get to take my own interest in the Middle East, audio design, and podcasting and put them all together.”

Mioduszewski says he is fascinated by how sound can convey meaning differently than images or the written word. 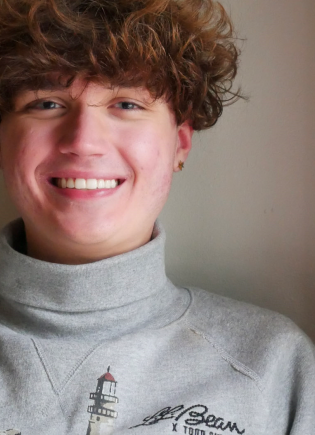 “Oftentimes I feel like sound can be neglected as a sense. First of all, most people are auditory learners, so listening to a podcast for a lot of people is more engaging than reading. Also, by listening to someone’s voice, you can tell so much more than by looking at them when they speak, because when we look at people we form our specific misconceptions.”

Fishere says he is excited by the possibilities the medium offers to make the complex issues of the Middle East accessible to a wider audience. He plans to tackle a range of issues and perspectives through a series of conversations with seasoned scholars, diplomats, and activists who, like him, “have a deep personal connection to the region’s turbulent politics and are united in the search for a glimmer of hope.”

Fishere, who taught political science at the American University in Cairo and was an adviser to pro-democracy movements and politicians following the 2011 Tahrir Square uprising, came to Dartmouth from Cairo in 2016 after the pro-democracy movement was suppressed by the government of General Abdul Fattah Al-Sisi.

In addition to reaching his students, Fishere says he “hopes to raise awareness of Middle Eastern issues among the Dartmouth community at large, and beyond—bringing voices from the College into the public conversation about Middle Eastern politics.”

He says his current book project, written in Arabic, cannot be published in Egypt because of censorship laws, but he hopes these recorded conversations might be a chance for a deeper discussion of the issues to be heard across the political landscape of the Middle East.

“It’s easy to stop printing a book in a country like Egypt. It’s not easy to stop a podcast,” says Fishere, who was also a Jamal Khashoggi fellow at The Washington Post. Fishere’s friend and colleague Khashoggi was a columnist at the Post commenting on Middle East politics when he was murdered inside the Saudi consulate in Istanbul in 2018.

Fishere says the goal of Making Sense of the Middle East is not to present “the other side” in opposition to authoritarian or anti-democratic regimes, but to give multiple perspectives on the politics of the region.

“What the censorship does is the opposite. It gives you one perspective. So my intention is not just to give you the other perspective, but to make sure that all the perspectives are brought to the discussion.”

The Middle Eastern Studies Program provided a grant for the podcast project, Mioduszewski’s work was supported by Undergraduate Research Assistantships at Dartmouth, and the podcast equipment was provided by the Jones Media Center at Dartmouth Library. Fishere and Mioduszewski are seeking additional grant funding for their ongoing work.