A new review analyzes what we know about how fungi disperse. 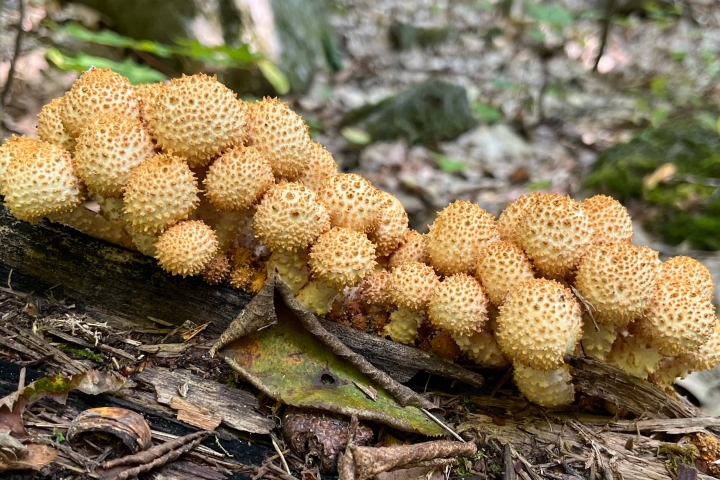 When you say “fungi,” most people think of mushrooms, showy fruiting bodies, but most fungi do not produce mushrooms. It is estimated that there are approximately 3 to 13 million fungal species on Earth, many of which are microscopic in size.

They live in a range of environments such as in soils, inside the tissues of leaves in rainforests, and in deep oceans. Understanding how fungi move across a range of spatial scales is important to understanding ecosystems and has implications for agriculture and human health, according to a new review in the Annual Review of Ecology, Evolution, and Systematics.

Fungi are often associated with death and decay, such as mold in a refrigerator, or mushrooms that decompose leaves on the forest floor. “We typically think of fungi as decomposers, but they are cryptic and do many different things,” says lead author Bala Chaudhary, an associate professor of environmental studies. “Fungi can also function as nutrient cyclers, pathogens, and mutualists that live in a beneficial association with plants and other organisms.”

We typically think of fungi as decomposers, but they are cryptic and do many different things.

Fungi can also be human pathogens. Coccidiodes is another soil-borne fungus that releases spores into the air as a result of land disturbance and soil degradation. When the spores of this fungus are inhaled, Coccidiodes can cause Valley fever, also known as coccidioidomycosis, a serious respiratory disease. A better understanding of fungal dispersal informs the intersecting disciplines of soil ecology, climate justice, and environmental health.

“Experts working in agriculture, public health, and many other fields are interested in understanding fungal dispersal, as this information can be used to predict things like future crop pandemics and outbreaks of human disease,” says Chaudhary, who is an ecologist. “Furthermore, studying how fungi disperse is central to understanding fungal biodiversity and where species are distributed on Earth.”

Chaudhary’s co-authored analysis on how fungi disperse is the result of a collaboration with senior author Matthias Rillig, a professor of plant ecology at the Institute of Biology at Freie Universität Berlin, and members of his lab, during her sabbatical in 2019-20.

To synthesize existing information on fungal dispersal and highlight emerging research in this area, the team used a research-weaving approach that combines reviewing journal articles with analyzing trends in publishing, also known as “bibliometrics.” The team examined over 4,500 documents from nearly 1,200 sources from 1951 to 2021. Most of the articles pertained to fungal dispersal research in the United States, the United Kingdom, and China.

The researchers found that scientific literature on fungal dispersal has focused on three topical areas: fungal disease, including climate change, which was the most prominent theme represented; fungal diversity, communities, and mycorrhizal fungi, including soils and forests; and the evolution of fungi, including molecular methods. 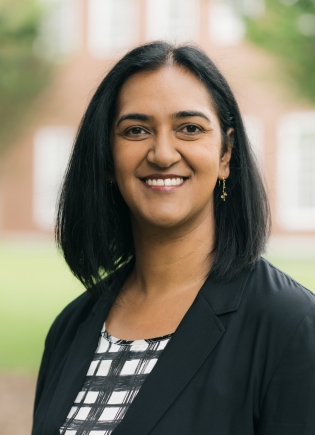 As part of their analysis, the researchers pose theoretical relationships between the relative importance of vectors of dispersal and spatial scale. They identified four scales of fungal movement from microscopic to landscape scales.

Tiny root-like structures of fungi at the mycelial level move through the soil on the smallest scale. Invertebrate animals, including micro/macroarthropods such as ants, and earthworms can transport fungi through their castings and nests, and small mammals and birds who may transport fungi via their feet, feathers, and digestive tracks serve as vectors for moving fungi at larger scales.

Abiotic vectors, such as water and wind, are responsible for fungal movement at the largest scale across the landscape and continents. Rivers transport sediment containing fungi propagules across continents, ocean currents and tides, and precipitation, as well as humans, all play a role in the global transit of fungi.

“With climate change, environments are getting dryer in some regions and wetter in others, factors that can change where fungi reside,” says Chaudhary. “Soil disturbance from agriculture, land development, and other human activities can also release soil fungi into the air.”

“Climate change, coupled with anthropogenic land use, can really impact the way that fungi move. The relative importance of movement vectors changes across spatial scale, but there’s very little data to support these relationships,” she says.

“More data is needed to understand the biodiversity of fungi and the many factors affecting their movement in our ecosystems.”

Carlos Aguilar-Trigueros and India Mansour at the Institute of Biology at Freie Universität Berlin also contributed to the study.