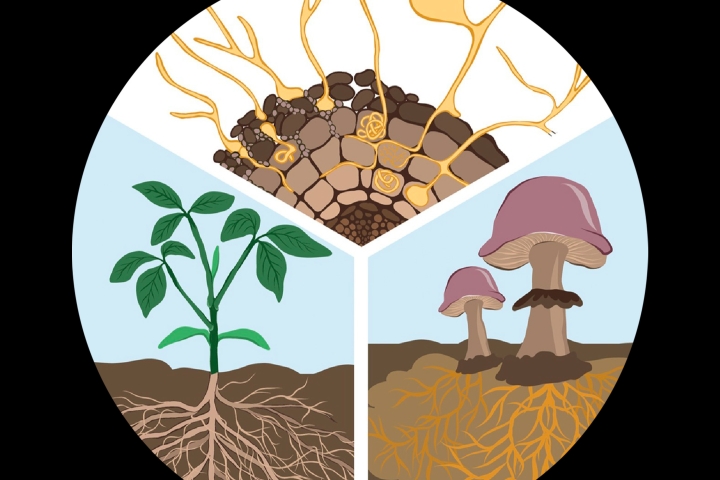 How a Name Change Can Impact a Female Researcher's Career

About 20 years ago, Bala Chaudhary worked in conservation and habitat restoration in California.

Her job was to design plans for creating new habitats for endangered species out of degraded or disturbed land. In her work, she kept coming up against one persistent challenge—reinstating soil microbes in the restored habitats. This was due, in large part, to a lack of understanding of how plants interact with the microbes in their environment.

“That was when I decided that I need to go to graduate school and get some answers for myself,” says Chaudhary, now an assistant professor of environmental sciences at Dartmouth. As she would discover much later, the answer was blowing in the wind. 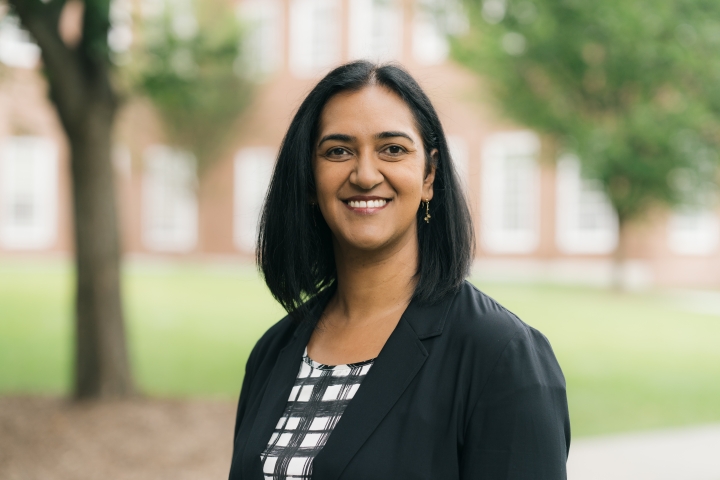 Plant-microbe relationships, which range from mutually beneficial to parasitic, were forged hundreds of millions of years ago when plants first moved to land. Chaudhary’s research lab studies soil-plant-microbe interactions with a focus on fungi that form symbioses with plants called mycorrhizae (pronounced mai·koh·RAI·zee), which comes from the Greek words for fungus and root.

Fungi are microbes that, unlike plants, cannot produce their own food. Mycorrhizal fungi mine nutrients from the soil, and trade them for sugars from plants.

Mycorrhizae are an important part of the plant’s microbiome. Much like the microbes that live in us and on us, sometimes affecting our health and even our behavior, mycorrhizal fungi live in and on plant roots, affecting their health, and consequently the health of their ecosystems too.

“Every ecosystem on the planet contains plants that form mycorrhizal associations. Some would even say that these associations are the most widespread symbiosis on the planet,” says Chaudhary. To get the most complete picture of how plants function, we must understand mycorrhizae, she says. Their associations are critical to agriculture, forestry, and conservation efforts, such as Chaudhary’s work to restore endangered habitats.

The mycorrhizae that Chaudhary studies live underground their entire life—they don’t form mushrooms or other structures above the ground. And yet, Chaudhary and her collaborators discovered that they were showing up atop skyscrapers in Chicago that had green roofs. How they became airborne has been a bit of a conundrum, says Chaudhary.

The researchers collected dust from the rooftops using specialized collectors for a one-year period and used DNA barcoding techniques to identify the different spores brought in by the winds at different times of the year.

They found that spores from agricultural soils were more abundant during tilling season—evidence that spores are relased into the air by human soil disturbance. In other landscapes, according to Chaudhary, small mammals that root around in the soil may also cause the spores to take to the wind.

Chaudhary’s lab is now repeating these experiments over much larger spatial scales. “Right now, we have an experiment that is distributed over 20 sites across the United States, including Alaska, Hawaii, and Puerto Rico,” says Chaudhary.

Researchers collect dust and track which fungi are dispersing in the air. Researchers can also determine which fungal spores are likely to take the aerial route at different locations by studying their traits, or characteristics.

“Traits are helpful because we can group species and communities that have similar traits and predict their behavior,” explains Chaudhary. But defining traits for mycorrhizae is not straightforward. Mycorrhizal associations are a symbiosis between two very different organisms—plants and fungi, says Chaudhary.

“How do you define traits for organisms where the individual itself is difficult to define?” she asks. It is not uncommon for literature on mycorrhizal traits to define them quite differently.

How do you define traits for organisms where the individual itself is difficult to define?

Chaudhary, and a big team of ecologists, tackled this formidable challenge by working together to formulate an inclusive framework for all types of mycorrhizae, which was recently published in Trends in Ecology and Evolution. They believe that getting everybody in the field on the same page with definitions and terminology will move the science forward. The team was a truly diverse group of scientists—majority women, with many early career scientists and scientists from the global south. “We were very interested in engaging scientists that are historically not invited to these events,” says Chaudhary.

Characteristics were categorized into three groups: plant mycorrhizal traits, or properties of the plants that affect the symbiotic relationship; fungal traits that arose from characteristics unique to the fungi; and emergent properties that arise when a plant and a fungus interacted.

When certain fungi and plants come together, they make unique physical structures on roots, which are illustrative of emergent properties. One example is a mantle, which forms when filaments branching out from the fungus wrap the roots in a protective sheath and presents in bright colors.

There is a recognition that mycorrhizal fungi are really important, says Chaudhary, but scientists still grapple with explaining how mycorrhizal associations affect ecosystem functions and processes, because they are often idiosyncratic. The outcomes of the association depend on the plant, the fungi, the ecosystem, and a host of other variables. “We struggle to deal with all this variation,” says Chaudhary, “but traits could be a way to understand those idiosyncrasies.”