‘Me too.’ Movement founder Tarana Burke will keynote the monthlong celebration. 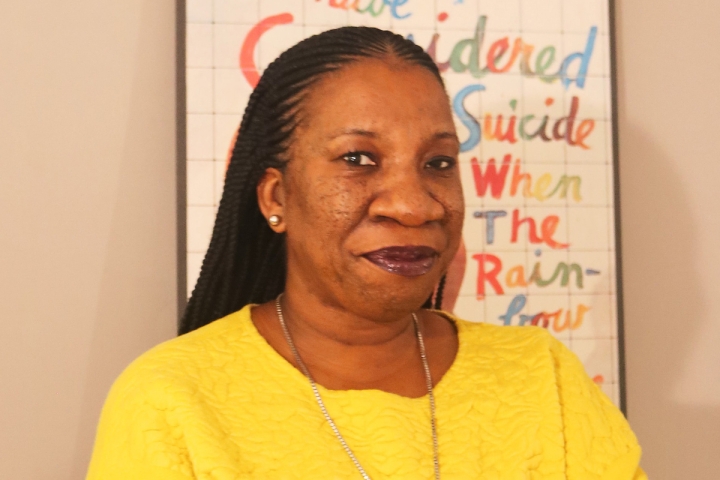 Tarana Burke, activist and founder of the “me too.” Movement, will be the keynote speaker in the series of campus events celebrating the birthday of Martin Luther King Jr., Dartmouth announced today.

The theme of the monthlong commemoration is “Building a Compassionate Community.”

Burke, who started the “me too.” movement in 2006 to support survivors of sexual abuse, will deliver a keynote address at 7:30 p.m. on Tuesday, Jan. 24, in Filene Auditorium. Seating is limited, and registration is required, and the event will also be livestreamed.

Burke will also hold a conversation with students at 5:30 p.m. that day in Moore B03. Students also need to register.

“We are delighted Tarana Burke will be our main speaker for events honoring Dr. Martin Luther King Jr.,” says Shontay Delalue, senior vice president and senior diversity officer. “Her advocacy on behalf of Black women and girls over the decades, and her commitment to ‘empowerment through empathy,’ has changed countless lives around the world.”

As we celebrate Dr. King’s life, and acknowledge work still to be done, we hope to inspire members of our community to value his transformational politics and actions.

A Bronx, N.Y., native, Burke became active in community organizing in the late 1980s and coined the “me too.” phrase to support fellow survivors of sexual assault and harassment. After it went viral as “#MeToo,” she was among “the silence breakers” named as Person of the Year by Time magazine in 2017.

Delalue says that Burke’s work is an exemplar of King’s commitment to social justice.

“As we celebrate Dr. King’s life, and acknowledge work still to be done, we hope to inspire members of our community to value his transformational politics and actions, the broader context of his leadership, the ongoing power of his legacy, and the role we can all play in shaping society as our keynote speaker has done,” she says.

Events around King’s birthday will start on Saturday, Jan. 14, with the Geisel School of Medicine’s 17th Annual MLK Health Equity Celebration, a daylong event in person and also on Zoom.

The annual Martin Luther King Jr. breakfast will be held on Monday, Jan. 16, in the North Dining Hall of the Class of 1953 Commons. Open to all College employees, the breakfast features a panel of staff and faculty speaking about creating compassionate communities. Because space is limited, online registration is required and will close on Friday, Jan. 13.

A candlelight vigil will also be held at 6 p.m. on Jan. 16, starting in front of Dartmouth Hall and ending at the Shabazz Center for Intellectual Inquiry with a reception and program.

Over the next few weeks, King’s passionate advocacy for nonviolent social change will be explored in conversations, music, and visual arts. 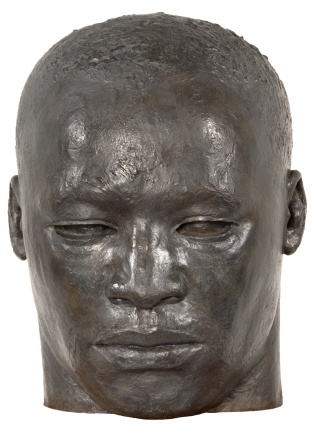 A recently acquired bronze sculpture of Martin Luther King Jr. by John Woodrow Wilson will be unveiled in Dartmouth Hall on Jan. 20.

At 12:30 p.m. on Friday, Jan. 20, in the same Dartmouth Hall room where King spoke to an overflow crowd in 1962, John Stomberg, the Virginia Rice Kelsey 1961s Director of the Hood Museum of Art, will unveil a recently acquired bronze sculpture of the civil rights leader by John Woodrow Wilson, an American sculptor, printmaker, and art educator best known for creating powerful portraits of African American figures and for addressing political issues in his artwork. Wilson created the 30-inch bust of King in 1982 as a study for an 8-foot version completed in 1985.

“John Wilson’s depiction of the Rev. Martin Luther King captures a man of powerful convictions,” says Stomberg. “Wilson represented his personal hero as a man determined to overthrow the systems of racial inequality that characterized all strata of life in the United States.”

The unveiling will be followed by a conversation between Stomberg and Matthew Delmont, the Frank J. Guarini Associate Dean of International Studies and Interdisciplinary Programs and the Sherman Fairchild Distinguished Professor of History, about the sculpture and about King’s lasting impact at Dartmouth.

The Hopkins Center for the Arts will present a series of films about fighters for social justice, beginning Sunday, Jan. 15, at 4 p.m. at the Black Family Visual Arts Center’s Loew Auditorium with Call Jane, a stirring portrait of an unlikely abortion-rights crusader.

Other screenings at the auditorium are:

Music lovers will want to head to Rollins Chapel at 8 p.m. on Feb. 1 to hear Kings Return, an a cappella quartet whose sound is rooted in gospel, jazz, R&B, and classical music.

Programs being planned by the Tuck School of Business and the William Jewett Tucker Center will soon be listed on the King celebration website events calendar.

And, as a capstone to the MLK celebration, the annual Social Justice Awards will be announced in the spring.