For artist and game designer Mary Flanagan, making art is a form of optimism. 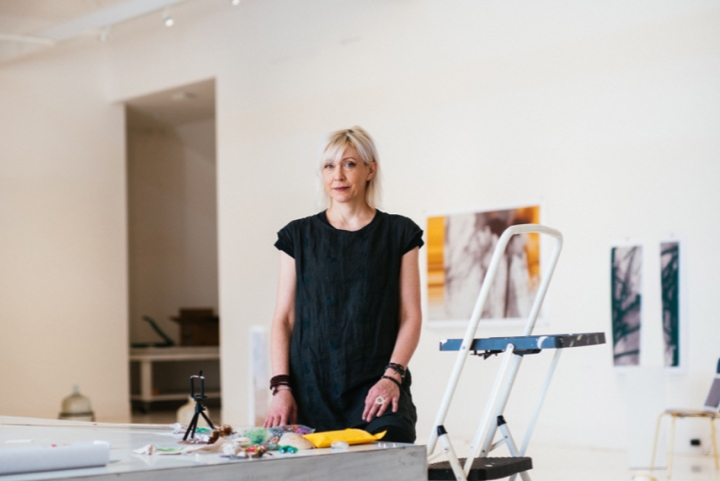 Mary Flanagan during her residency with the Robert Rauschenberg Foundation in Captiva, Fla., in 2019. (Photo by Mark Poucher)
1/20/2023
More Reading

Some artists work in series, building on previous projects, but for game designer, artist, and writer Mary Flanagan, that’s rarely the case.

It’s not unusual for the Sherman Fairchild Distinguished Professor in Digital Humanities to learn a new computer language for a project, or to move in directions surprising even to herself, says Flanagan. For a recent installation, she dove into oil painting—a medium she seldom uses.

I want my work to be seen as asking ‘how can we be optimistic?’

Shifting gears is “part of the sense of discovery,” says Flanagan, whose fields of expertise include bias in technologies such as artificial intelligence and machine learning systems.

Yet as varied as Flanagan’s works are, they tend to reflect her sense of playfulness and explore similar questions, such as what can biased technological systems teach us about ourselves? And how can they, and the world, be changed for the better?

“I want my work to be seen as asking ‘how can we be optimistic?’” says Flanagan, the founding director of Tiltfactor, an interdisciplinary studio that designs and studies games with social impact.

Flanagan, who has taught at Dartmouth since 2008, is on sabbatical until June. She’s having a busy year. 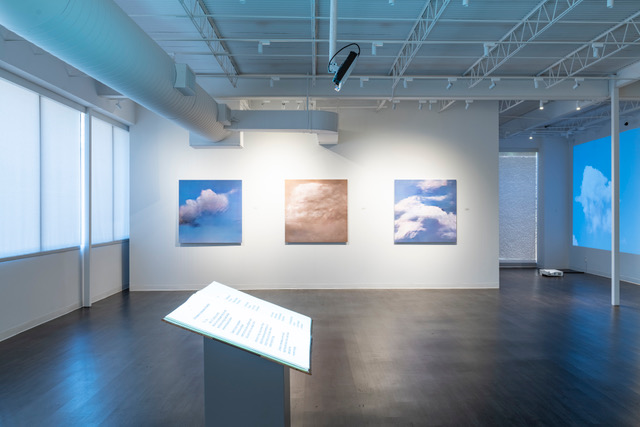 A book she co-authored, Playing Oppression: The Legacy of Conquest and Empire in Colonialist Board Games, is due out next month. And a new exhibition of her digital poetry and prints was featured in the show Computational Poetics, at the Beall Center for Art and Technology, University of California Irvine, which wrapped on Jan. 14.

A solo show of Flanagan’s work at Nancy Littlejohn Fine Art in Houston last summer featured three major projects, funded in part by an arts integration grant from the Hopkins Center for the Arts. One of them, Daydreams, is a collection of prints depicting computer-generated images of clouds. It grew out of an idea Flanagan had to create a feminist AI, trained on artwork by women.

Compiling the training data was a real eye-opener, says Flanagan, who uses the computer as a collaborator in her work.

Scraping the database of the Metropolitan Museum of Art, which has more than a million objects, yielded only about 500 images, Flanagan says. And online searches weren’t much better.

Bias enters systems in unusual ways. Reddit, for example, is used frequently to train machine learning language programs, and most Reddit users are white male Westerners, she says. “It’s an ongoing struggle. It shows you that our institutions just really overlook half the population.”

To build an inclusive database, Flanagan created web bots to find women’s artwork from various countries and historical periods. She and her student assistants downloaded images from the internet, and the National Museum of Women in the Arts provided 3,400 more, for a total of about 25,000 images.

Flanagan created Daydreams during the COVID-19 lockdown, when going outside and looking up was the only way to “really feel free,” she says. So, she trained her AI, which she calls [Grace:AI], to focus on the sky and clouds.

“The streets were filled with people who were masked and closed, but the sky remained open,” she says. “So that felt like a good connection to a little bit of optimism.”

‘The Power of Speculative Envisioning’

[Grace:AI] also paved the way for Flanagan’s Metaphysical Reclamations: The Metropolis Project, which explores possibilities for sustainable cities in the future. The installation was part of the show Urban Impressions: Experiencing the Global Contemporary Metropolis at Rice University’s Moody Center for the Arts. It was commissioned by the Moody and also made possible by support from the Leslie Center for the Humanities and the Hop.

For Metaphysical Reclamations, Flanagan prompted [Grace:AI] to design buildings in the styles of female architects, and then to illustrate them being taken over by natural surroundings and trees. She captured several of [Grace:AI]’s works in progress in large oil paintings. 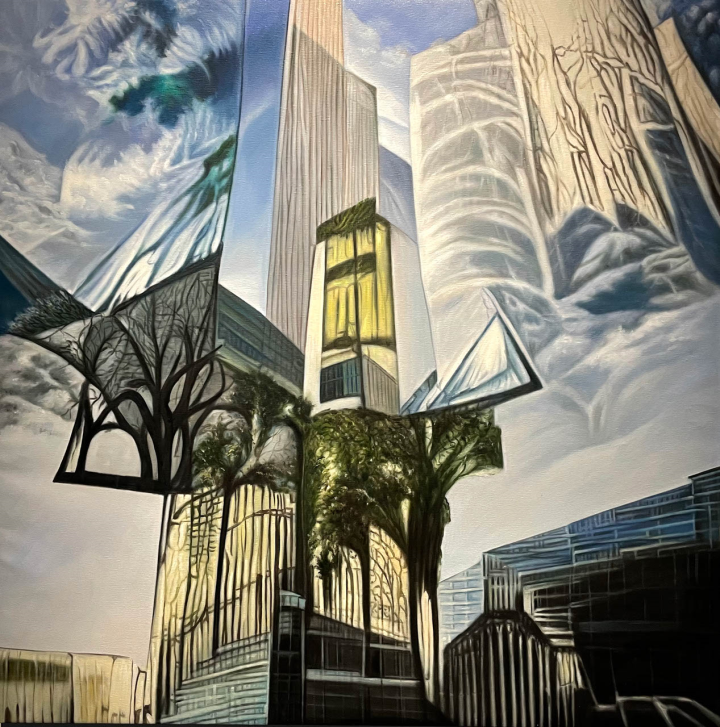 The project arose from Flanagan’s notion that an AI might be “the perfect kind of sentience” to imagine the future, she says. “There’s a kind of moral, ethical, and emotional crisis about what’s happening to the very Earth we live on … Since we’ve created so many technologies that have destroyed the planet, maybe technologies can think us out of the problem we’ve gotten ourselves into.”

Flanagan incorporated trees because they have long held spiritual, political, social, and cultural significance for people around the world, even serving as monuments during the Middle Ages, much as buildings do today, she says. Bringing back that reverence “could be really helpful.”

“I’m not trying to be flippant and say, ‘oh, there’s a cure for this.’ But I want to use the power of speculative envisioning to ask what could happen if we tried this or that? What could the world look like?”

For Flanagan, the very act of making art embodies hope.

“It’s a way of thinking differently about systems that may be unjust, that may be depressing, that may be seemingly fixed. When we make interventions, we’re showing a possible future.”