Mary Flanagan shows how games can be collaborative through giant Atari 2600 joystick. 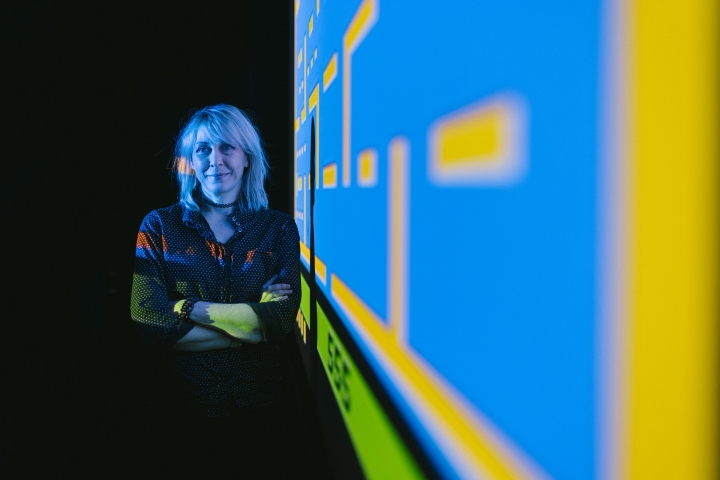 “Space Invaders.” “Asteroids.” “Pac-Man.” In the 1980s, the Atari 2600 revolutionized the video game industry as families reveled in the novelty of playing video games on the TV at home.

When she was growing up, professor, game designer, and artist Mary Flanagan says the Atari 2600 was one of her most influential digital experiences. Years later, Flanagan’s tribute to that experience, [giantJoystick], made it into the Guinness World Records 2022 as the largest joystick in the world.

Created by Flanagan in 2006, [giantJoystick]—a 10-foot tall, classic Atari CX40 controller made of wood, rubber, and steel weighing about 3,000 pounds—leverages group collaboration to play classic Atari games such as “Centipede” and “Breakout.”

With [giantJoystick], you don’t need language to play.

Inspired by her childhood experience of playing Atari “maniacally,” most of the time by herself, Flanagan set out to find what happens when a single player experience becomes collaborative. She designed [giantJoystick] so that it takes at least two people to operate the joystick and push the button.

After touring Spain, the U.K., and U.S., the work is now part of the permanent collection of ZKM Center for Art and Media in Karlsruhe, Germany.

“To have this common pop culture artifact just erupt in the middle of a space and allow people to play something familiar, yet not familiar, was exciting,” says Flanagan, the Sherman Fairchild Distinguished Professor in Digital Humanities, chair of Film and Media Studies and director of Tiltfactor Lab, who continues to make artworks in her studio.

“Games can be universal and provide people with an opportunity to connect in novel ways,” says Flanagan. 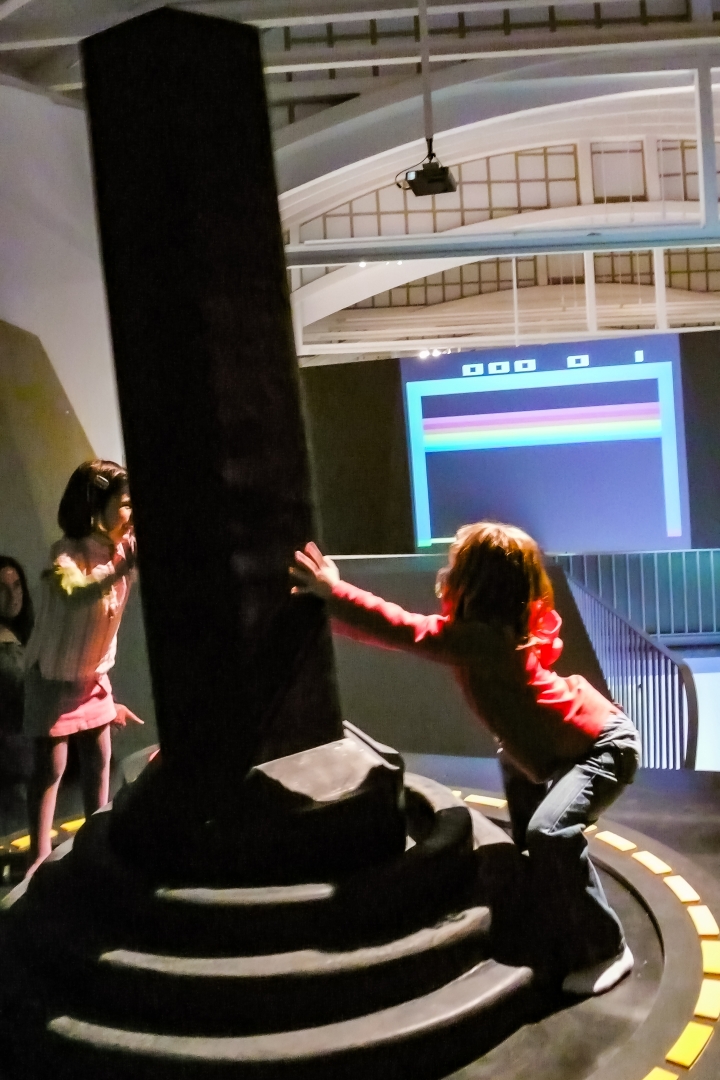 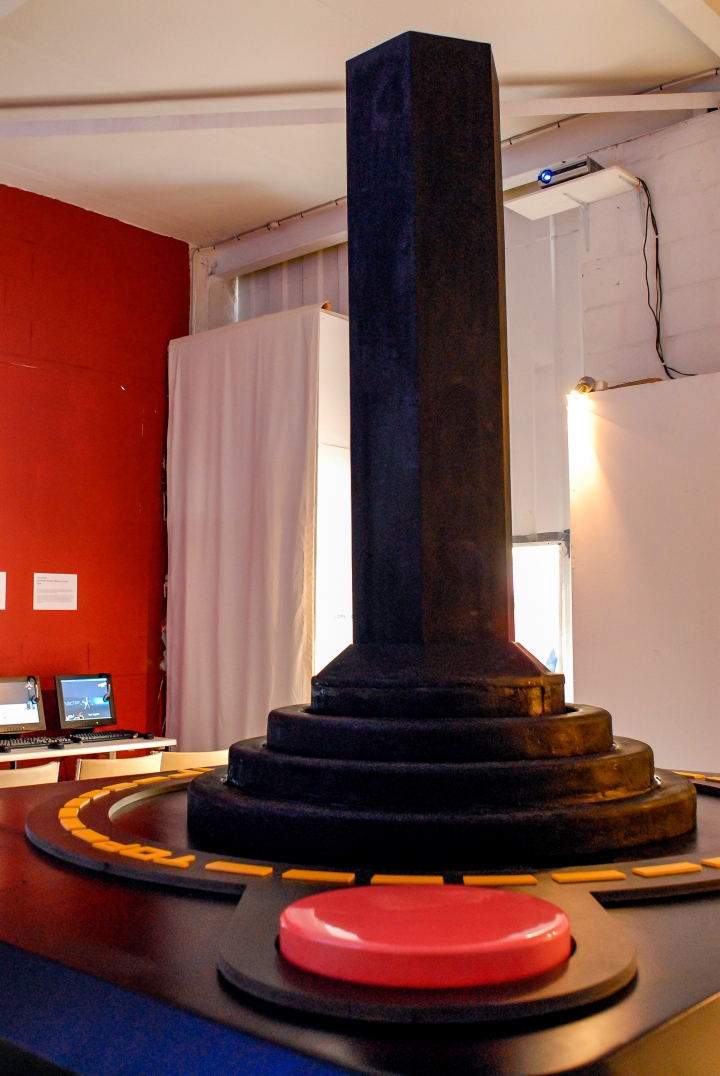