Alexander Chee’s Essays ‘Help You Hold On to the World’

The associate professor’s first essay collection is a finalist for a PEN America award. 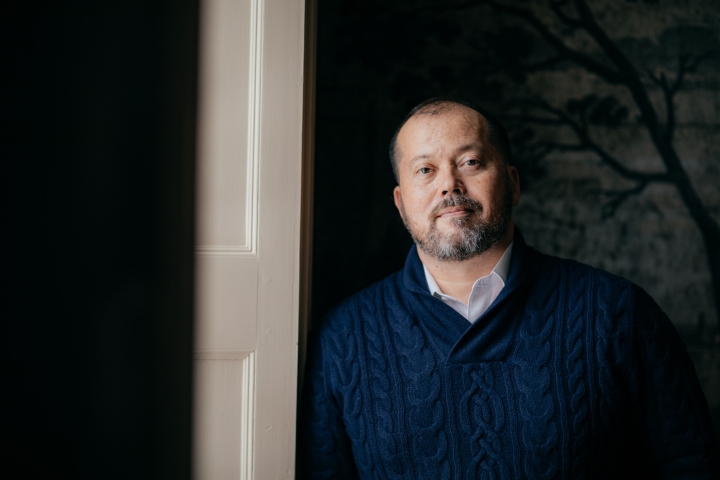 Alexander Chee, associate professor of English and creative writing, is a finalist for PEN America’s PEN/Diamonstein-Spielvogel Award for the Art of the Essay. (Photo by Robert Gill)
2/07/2019
Body

“Only in America do we ask our writers to believe they don’t matter as a condition of writing,” writes Alexander Chee in the final essay of his new collection, How to Write an Autobiographical Novel, which has just been shortlisted for PEN America’s PEN/Diamonstein-Spielvogel Award for the Art of the Essay.

Throughout the book, Chee makes the case that writers, and writing, do in fact matter, especially in a time of growing political, social, and environmental crisis. “To write is to sell a ticket to escape, not from the truth, but into it,” he writes.

The award-winning author of novels Edinburgh and Queen of the Night, Chee joined the Department of English and Creative Writing as an associate professor in 2017, while he was still working on How to Write an Autobiographical Novel. “This was a book that I was putting together the summer I came to Dartmouth. It’s the first book I’ve published here. I like that that’s part of it,” he says.

In these essays—culled from nearly three decades of work—Chee turns his often wry and always observant curiosity to personal obsessions from tarot cards to growing roses; his relationship to money; the time he—an AIDS activist—worked catering gigs for conservative icon William F. Buckley and his wife; the “complicated knot” of traumatic memory; and yes, how to write an autobiographical novel.

“It ended up being like a book of interconnected short stories about the self and the world,” he says.

Chee has been writing essays since he was an undergraduate at Wesleyan, where he studied with Annie Dillard, herself a winner of the 2000 PEN/Diamonstein-Spielvogel Award.

“Essays were something she encouraged us to do as a way to make money while we worked on other things,” he says. “And while it wasn’t the most immediately lucrative profession, it was easier to sell essays than stories—and it did help me make a name for myself as a writer.” (Chee’s experience in Dillard’s class is the subject of the collection’s third essay, “The Writing Life.”)

How different is the practice of writing a personal essay from crafting autobiographical fiction?

The collection’s reception—from both critics and the public—has been gratifying.

“I have been very moved by hearing from people who are struggling much more than I am or have, who have found it helpful to them,” he says. Some of the readers who’ve reached out to him include a young woman in Syria, a gay refugee from Chechnya, and a young man in the process of being deported from the United States.

“It means a lot to me that the book has had so much to offer them. I think the best books help you hold on to the world a little stronger, and that seems to be happening.”

Of seeing the book named a finalist for the PEN, he says, “It feels great. Especially because it’s specifically a prize about the art of the essay, and this is my first book of essays.”

Other finalists this year include Jabari Asim’s We Can’t Breathe: On Black Lives, White Lies, and the Art of Survival; Brian Phillips’ Impossible Owls; Zadie Smith’s Feel Free; and Michelle Tea’s Against Memoir.

PEN America is “the largest of the more than 100 centers worldwide that make up the PEN International network,” and promotes free expression and literature around the world, according to the organization’s website. The PEN/Diamonstein-Spielgovel Award is given “for a book of essays published in 2018 that exemplifies the essay form.”

Winners will be announced at an awards dinner on Feb. 26.