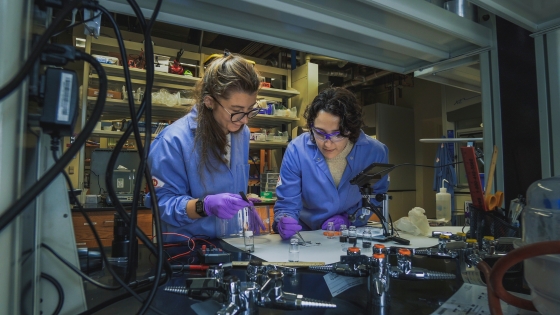 New Glue Sticks Easily, Holds Well, and Is a Gas to Pull Apart

A durable copper-based coating developed by Dartmouth researchers can be precisely integrated into fabric to create responsive and reusable materials such as protective equipment, environmental sensors, and smart filters, according to a recent study.

The coating responds to the presence of toxic gases in the air by converting them into less toxic substances that become trapped in the fabric, the team reports in the Journal of the American Chemical Society .

The findings hinge on a conductive metal-organic technology, or framework, developed in the laboratory of corresponding author Katherine Mirica , an associate professor of chemistry. First reported in JACS in 2017 , the framework was a simple coating that could be layered onto cotton and polyester to create smart fabrics the researchers named SOFT—Self-Organized Framework on Textiles. Their paper demonstrated that SOFT smart fabrics could detect and capture toxic substances i­n the surrounding environment.

It took us four years to figure out what was happening and how it was beneficial. It’s a very straightforward process, but the chemistry behind it is not.

For the newest study, the researchers found that—instead of the simple coating reported in 2017—they can precisely embed the framework into fabrics using a copper precursor that allows them to create specific patterns and more effectively fill in the tiny gaps and holes between threads. The researchers found that the framework technology effectively converted the toxin nitric oxide into nitrite and nitrate, and transformed the poisonous, flammable gas hydrogen sulfide into copper sulfide. They also report that the framework’s ability to capture and convert toxic materials withstood wear and tear, as well as standard washing. 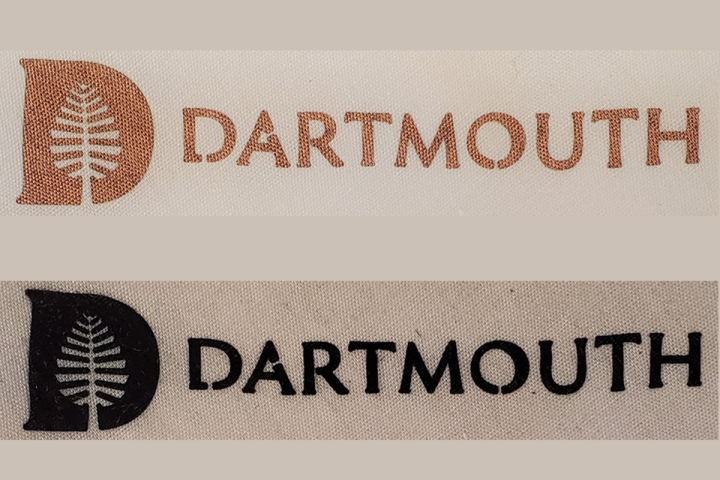 Copper imprinted on fabric (top) is replaced with a metal-organic framework (bottom) capable of detecting and capturing toxic gases. (Photo by Katherine Mirica)

The versatility and durability the new method provides would allow the framework to be applied for specific uses and in more precise locations, such as a sensor on protective clothing, or as a filter in a particular environment, Mirica said.

“This new method of deposition means that the electronic textiles could potentially interface with a broader range of systems because they’re so robust,” she said. “This technological advance paves the way for other applications of the framework’s combined filtration and sensing abilities that could be valuable in biomedical settings and environmental remediation.”

The technique also could eventually be a low-cost alternative to technologies that are cost prohibitive and limited in where they can be deployed by needing an energy source, or—such as catalytic converters in automobiles—rare metals, Mirica said.

“Here we’re relying on an Earth-abundant matter to detoxify toxic chemicals, and we’re doing it without any input of outside energy, so we don’t need high temperature or electric current to achieve that function,” Mirica said.

Co-first author Michael Ko, Guarini ’20, initially observed the new process in 2018 as he attempted to deposit the metal-organic framework onto thin-film copper-based electrodes, Mirica said. But the copper electrodes would be replaced by the framework. 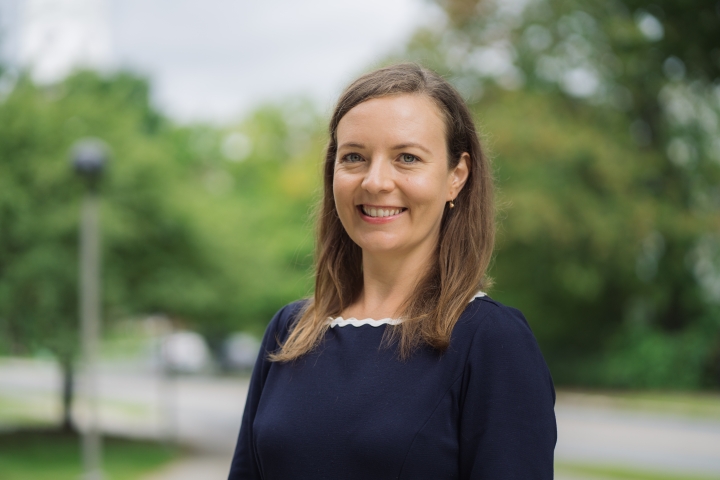 “He wanted it on top of the electrodes, not to replace them,” Mirica said. “It took us four years to figure out what was happening and how it was beneficial. It’s a very straightforward process, but the chemistry behind it is not and it took us some time and additional involvement of students and collaborators to understand that.”

The team discovered that the metal-organic framework “grows” over copper, replacing it with a material with the ability to filter and convert toxic gases, Mirica said. Ko and co-author Lukasz Mendecki, a postdoctoral scholar in the Mirica Group from 2017-18, investigated methods for applying the framework material to fabric in specific designs and patterns.

Co-first author Aileen Eagleton, Guarini ’23, who is also in the Mirica Group, finalized the technique by optimizing the process for imprinting the metal-organic framework onto fabric, as well as identifying how its structure and properties are influenced by chemical exposure and reaction conditions.

Future work will focus on developing new multifunctional framework materials and scaling up the process of embedding the metal-organic coatings into fabric, Mirica said.

Written by
Morgan Kelly
Share this
FacebookTwitterEmail
In the News