“It is, Sir, as I have said, a small college. And yet, there are those who love it!” 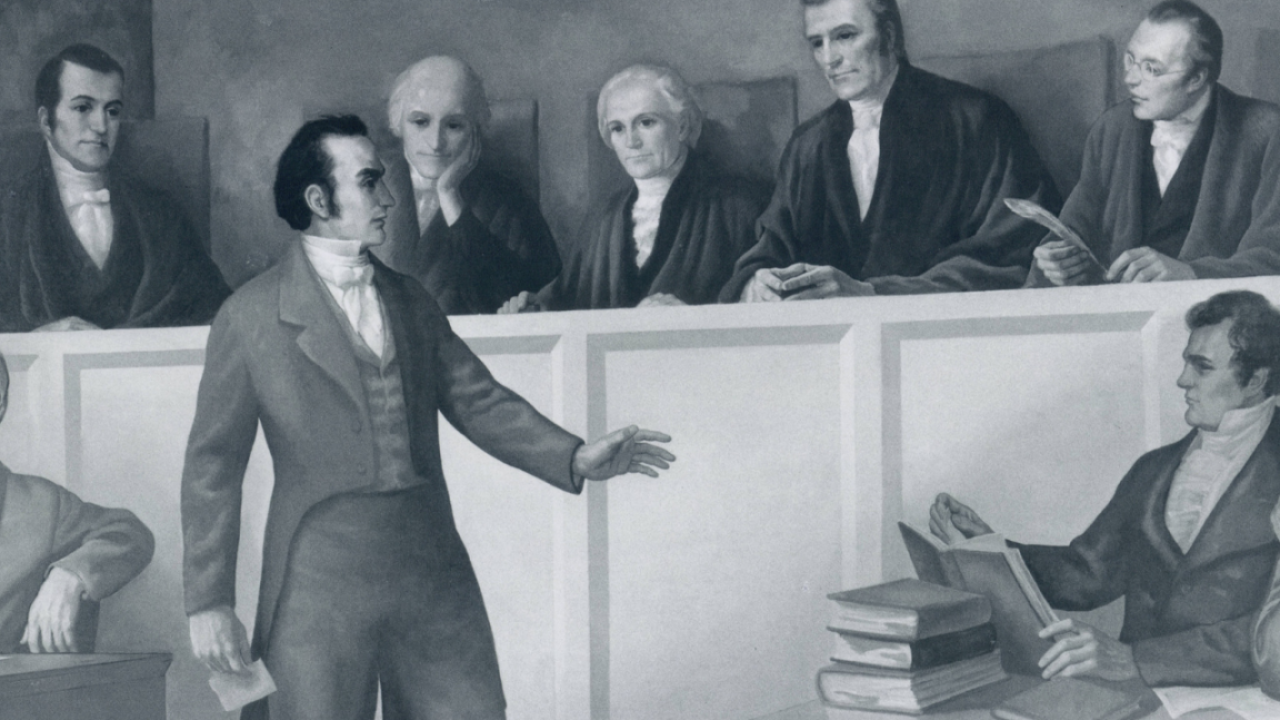 After having been removed as president by Dartmouth’s Board of Trustees in 1815, John Wheelock persuaded the governor of New Hampshire to amend the College’s charter to make the College a public institution governed by the state legislature. “Dartmouth University” was born. The College’s board resisted; their subsequent court cases in the state courts resulted in losses before they argued in front of the Supreme Court in 1818.

Dartmouth alumnus Daniel Webster, class of 1801, served as one of the lawyers for the College’s trustees and he delivered a lengthy, impassioned oration to the court, which decided in the Board’s favor in 1819 with a historic decision penned by Chief Justice John Marshall.

Considered a landmark ruling in the development of U.S. constitutional and corporate law, Trustees of Dartmouth College v. Woodward (1819) held that the College would remain a private institution and not become a state university. The court’s decision confirmed that the U.S. Constitution’s contract clause prohibits states from impairing a contract—in this case, Dartmouth’s charter.

Generations of Dartmouth students will have at least some familiarity with the 200-year-old case thanks to the oft-quoted words of Daniel Webster, Class of 1801, spoken during his argument on behalf of the College’s trustees: “It is, sir, as I have said, a small college, and yet there are those who love it!”

The Dartmouth College case set up the concept of the private charitable organization in United States constitutional law. The case is still referenced today as the basis for the protection of corporate persons under the Constitution and has been cited in recent opinions such as Burwell v. Hobby Lobby and Citizens United v. FEC.

Richard W. Morin ’24, the College’s librarian, outlined the case in detail in The Will to Resist which appeared in the April 1969 issue of Dartmouth Alumni Magazine.