A Conversation With the Dartmouth Aires, Stars of The Sing-Off

The Dartmouth Aires turned heads when they debuted on NBC’s The Sing-Off on September 26, earning praise from the three judges and securing a spot in the next round of this national a cappella competition. 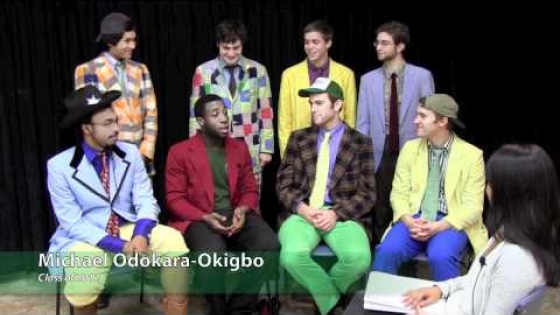 The Aires, Dartmouth’s oldest a cappella group, auditioned for The Sing-Off in April 2011 in Boston after being approached by the show’s producers. Now in its third season, the show’s new summer taping schedule finally allowed the all-male a cappella group to audition, says Ethan Weinberg, the Aires’ business manager. They learned they had made it onto the show shortly after Commencement and then spent the summer filming in Los Angeles, competing against 15 other all-vocal groups.

The Aires have been generating a lot of buzz, partly due to their polished performance of the song “Higher Ground.”

“We ended up picking ‘Higher Ground’ because it was a song that we thought got the energy of the Aires across to people,” says Nic Chuaqui ’12, the Aires’ musical director. “That’s something that is our brand so we wanted the viewers to see that.”

Their colorful outfits are also a trademark of the group, and their bold wardrobe has earned the Aires comments from the show’s judges and generated a lot of discussion on Twitter and Facebook. Around campus, the members sport clothing passed down from previous generations of Aires (including a blazer from co-founder Ort Hicks ’49), and they had the opportunity to wear some of these bequests on the show when they fit with the theme of the episode. 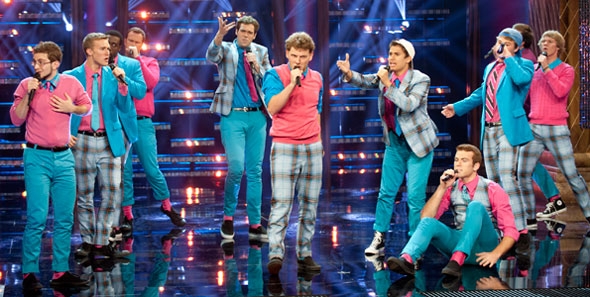 “We wore a lot of different crazy clothes on the show, and it was a lot of fun because we had people who really put us in amazing stuff,” says Michael Odokara-Okigbo ’12. “The first episode we were in green and orange attire, and it was fun, flashy, and really out there. We’ll have to see if the audience will like our new outfits!”

The Aires were founded in 1946 and are one of 11 a cappella groups on campus. After releasing two albums—Fresh Aire in 2011 and Dartmouth Aires: Best of 1946-1987 in 2010—and now appearing on a nationally televised competition, these vocally gifted men are definitely making their mark. Tune in again on Monday, November 7, at 8 p.m. ET to cheer on the Dartmouth Aires!