When Random House published Dr. Seuss’ The Lorax in 1971, Newsweek magazine called it “a hard-sell ecological allegory.” The book received a lukewarm reception from the public initially, as English Professor Donald E. Pease, the Ted and Helen Geisel Third Century Professor in the Humanities, explains in this video and in his Seuss biography, Theodor SEUSS Geisel (Oxford University Press, 2010). 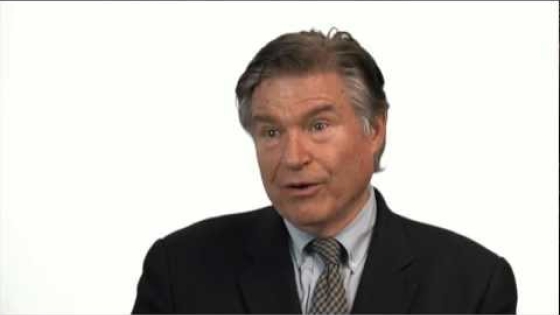 “Some of Dr. Seuss’s most loyal fans expressed their disappointment at the way the tale’s message supplanted Dr. Seuss’s zaniness for its own sake,” Pease wrote. “The book did not get onto the best-seller lists until the environmental movement picked it up.”

Now, more than 40 years later, the book has not only sold more than 1.2 million copies, but it’s also been turned into an animated 3-D film, Dr. Seuss’ The Lorax, by producer Christopher Meledandri ’81, president and CEO of Illumination Entertainment, and Universal Pictures. Meledandri also collaborated with Seuss’s widow, Audrey, on the big-screen adaptation of Horton Hears a Who! when he was a studio executive at 20th Century Fox.

In this video, Pease recounts the back-story to the creation of The Lorax. Pease is sharing his Seussian expertise with alumni this week in Los Angeles, New York, and Boston at three Dartmouth on Location: Dr. Seuss’ The Lorax screenings sponsored by the Office of Alumni Relations. He and Meledandri were at the “green-carpet event” in Los Angeles on February 28.Pease will also speak at advance screenings in New York on March 1 and in Boston on March 3.