Michael Bronski, senior lecturer in women’s and gender studies, has received a 2012 Stonewall Book Award from the American Library Association for his nonfiction work, A Queer History of the United States (2011). 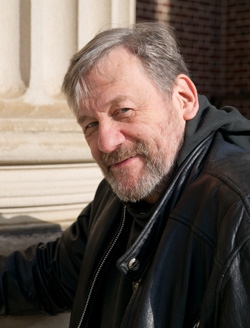 The Stonewall Book Awards are presented annually to English-language works of exceptional merit relating to the lesbian, gay, bisexual, and transgender (LGBT) experience, and are considered one of the premiere awards for LGBT books.

Bronski says he’s been thinking about the topic for 40 years, and it took him two summers of “intensive writing” to produce A Queer History of the United States.

“It’s 500 years of American history, from 1492 to 1992, and it is in essence about how people who are now identified as LGBT have shaped America and how America has shaped them,” says Bronski, who is also the author of Culture Clash: The Making of Gay Sensibility (1984) and The Pleasure Principle: Sex, Backlash and the Struggle for Gay Freedom (1998), among others.

He adds that an unexpected theme emerged as he was writing the book. “If there’s been one event or predication for changing gay and lesbians lives throughout this country’s history, it’s been war,” says Bronski, whose research uncovered documentation of more than 500 women who cross-dressed to fight in the Civil War.

“The Revolutionary War, the War of 1812, the Civil War, World War I to a lesser degree, and World War II completely revolutionized identity around gender and within the gay and lesbian community,” he explains.

“And I would argue that the Vietnam War was part of a group of events, including feminism, the Black Power movement, the Civil Rights movement, drugs, sex, and rock and roll, and the sheer revolt against the war, that revolutionized the lives of many people, but gays and lesbians in particular. People felt emboldened enough to move toward a deeply felt longing for personal freedom and this made them political.” 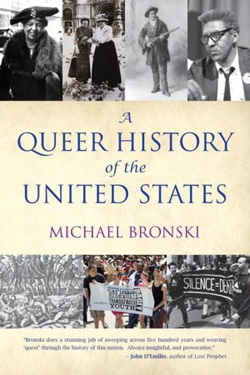 A Queer History of the United States received a starred review from Publisher’s Weekly, which wrote,“Bronski’s narrative is as intellectually rigorous as it is entertaining.” Links to other reviews, as well as radio interviews, can be found on the Beacon Press website.

Of the award, Bronski says, “As somebody who in my teenage years worked in public libraries, and as a researcher and independent scholar who uses libraries all the time, to be given an award by librarians who take literature and history and archiving history very seriously is a great honor.”

He joins a long list of Stonewall recipients who are prominent authors of LGBT literature, including Mark Doty, Paul Monette, Dororthy Allison, and Randy Shilts.

Bronski will be presented with the Stonewall Book Awards—Israel Fishman Non-Fiction Award at the American Library Association Annual Conference in Anaheim, Calif., in June.

Bronski has taught at Dartmouth since fall 2000. This term he is teaching two women’s and gender studies classes: a first-year seminar, “Beatniks, Hotrods and the Feminine Mystique: Sex and Gender in 1950 Films,” and “Plagues and Politics: The Impact of AIDS on U.S. Culture.”