The Dust Bowl, a documentary produced by Julie Dunfey ’80 and award-winning director Ken Burns, will premiere on Friday, July 13, at the Hopkins Center’s Spaulding Auditorium. 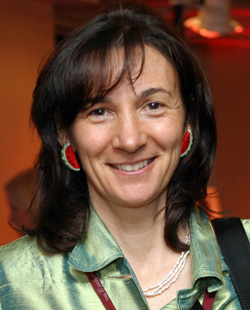 Julie Dunfey ’80 majored in history at Dartmouth, and combined her background in the subject with her passion for filmmaking to produce documentaries. (photo courtesy of Julie Dunfey)

Dunfey is an Emmy-award winning producer who has earned acclaim for her documentary work, including Thomas Hart Benton, The Civil War, and The National Parks: America’s Best Idea.

The July 13 screening begins at 7 p.m., and features a discussion with Dunfey, Burns, and the film’s writer, Dayton Duncan, after the premiere. The film will be aired nationally in November on PBS. Tickets for the screening may be purchased at the Hopkins Center.

Dunfey, who has served as a co-producer or consultant on numerous films by Burns since 1986, recently discussed her experience in the film industry with Dartmouth Now.

When you came to Dartmouth in 1976, did you think you would end up in the movie business?

No, I came to Dartmouth knowing that I had an interest in history and politics. I majored in history and assumed I would go to law school and work in government, although I hedged my bets and started a third language (German) in the event I wanted to pursue graduate work in European history.

After graduating, I spent a year at Stanford pursuing a master’s in history. While I was there, I took a practical filmmaking course. I didn’t become a lawyer or a professor. I became hooked on the possibilities of using film to explore history and politics.

I raised the money to make a film of my master’s thesis—about three 19th century Mormon women who lived in polygamous marriages—made my first film, and never looked back.

How did your perception of the Dust Bowl tragedy change throughout the production of this documentary?

My knowledge about the Dust Bowl was probably the same as most people: a couple of paragraphs in a history textbook, some iconic photographs, and the book Grapes of Wrath by John Steinbeck. I had no idea of the extent of the environmental disaster, or of the real concern during the time—that this would sweep north and east from the southern plains to create an American Sahara.

You and Ken Burns both reside in New Hampshire. Do you think being away from traditional film industry epicenters of New York and Los Angeles influence or distinguish your work from other documentaries?

Being in New Hampshire might distinguish our work environment: we work in an 1840s Greek revival house in the village of Walpole. We all make one or two trips a day around the corner for coffee and chocolate at a local cafe. We’re happy to live in New Hampshire and raise our families here, but I’m not sure it distinguishes or influences our work, except to the extent that it’s a self-selected group.

Honestly, we travel a lot. I know the Dallas and Amarillo airports very well after this film. The producers and editors spend large chunks of time in New York for post-production work. I just returned from the Telluride MountainFilm Festival and Ken regularly attends the Telluride and Cannes festivals. We see a lot of other people’s work and meet other filmmakers.

What was most distinctive about your work on The Dust Bowl, as compared to your earlier documentaries?

The Dust Bowl is a very intimate history. Our associate producer, Susan Shumaker, and I located and interviewed more than 140 people over the age of 82—the oldest was 103—who had lived through the crucible of drought, dust, and Depression. Dayton Duncan and I eventually interviewed 29 of them on film. Two dozen wound up in the film and their family stories of those hard times make this more of an oral history than our previous films. Sadly, four of the folks in the film have died since we interviewed them. This will likely be the last eyewitness account of the Dust Bowl. 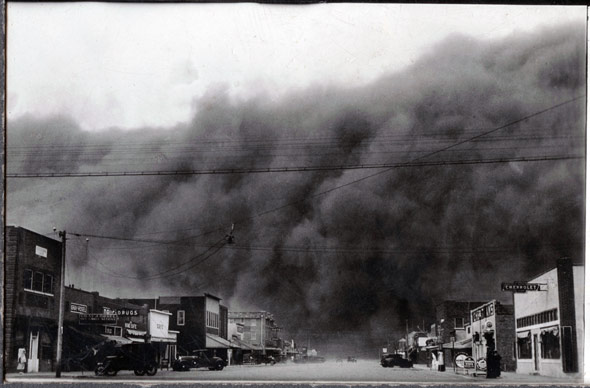 What would be your advice to Dartmouth students who want to pursue interests in the film industry?

Pursue your interests, and be open to the many ways of working in the industry as you come to understand your own talents and strengths. I would have thought I would be researching and writing. I do some of that, but it turns outs my strength and satisfaction is in organization and figuring out how to get a project from start to finish.