A Conversation With Michael Odokara-Okigbo ’12 of Dartmouth Aires Fame

Michael Odokara-Okigbo ’12 returned to campus on October 12, 2012 to perform in “Igniting Imagination—A Salute to the Hop’s 50 Years!,” a star-studded celebration of the 50th anniversary of the Hopkins Center for the Arts. Odokara-Okigbo—who gained fame with the Dartmouth Aires last year when the a cappella group reached the final of NBC’s The Sing-Off—performed in Spaulding Auditorium as part of a cast of hundreds, including singer and actor Jennifer Leigh Warren ’77, actor and comedian Rachel Dratch ’88, and the show’s host, actor, and comedian Aisha Tyler ’92. 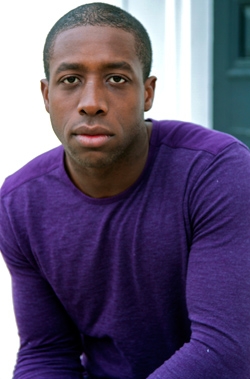 The program was co-produced by Hop Director of Student Performance Programs Joshua Price Kol ’93 and Dartmouth College Gospel Choir Director Walt Cunningham, whom Odokara-Okigbo cites as a mentor during his undergraduate years. In this video, the Maine native tells Chidi Anyadike ’13, the Office of Public Affairs’ Whitney Campbell Intern, that he had planned to be a plastic surgeon when he entered Dartmouth. But after working on his singing technique with Cunningham as a member of the gospel choir and as the 2009 Dartmouth Idol winner (a singing competition that Cunningham directs), Odokara-Okigbo began to consider the performing arts as a career. His breakout performances on The Sing-Off cemented that decision.

Odokara-Okigbo, a history major and a former member of the heavyweight crew team, talks to Anyadike about what he’s been doing since commencement and his upcoming concert at Room 5 in Los Angeles, on October 22. Additionally, he talks about Cunningham and his other Dartmouth influences, including Department of Theater Senior Lecturer and Producing Artistic Director of the New London (N.H.) Barn Playhouse Carol Dunne. 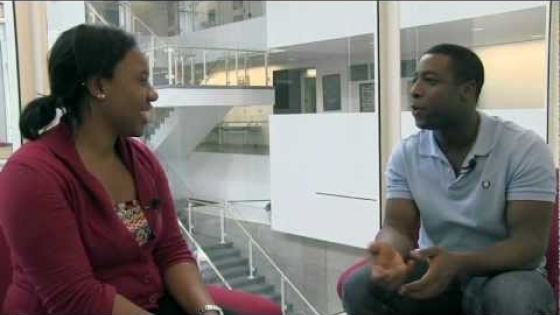