Dan Fagin ’85 has been awarded the 2014 Pulitzer Prize for his most recent book, Toms River: A Story of Science and Salvation (2013), in the category for general nonfiction, which is given to “a distinguished and appropriately documented book of nonfiction by an American author.” 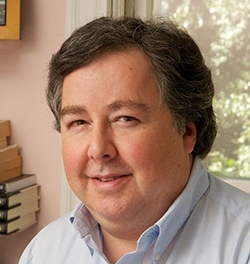 The book focuses on the saga of one New Jersey town, but its broader subject is the centuries-old quest to understand the relationship between pollution and cancer. The New York Times hailed it as a “new classic of science reporting.” NPR, which named Toms River one of the “Best Books of 2013,” described it as a “gripping, page-turning environmental thriller.”

Fagin was working in his home office on Long Island with his wife, legal journalist Alison Frankel ’85, when he got the news. “She was working in her office, which is next to mine, when she started yelling, ‘Dan, you won!’ I was shocked; it took me completely by surprise. To win the Pulitzer for a nonfiction book is just an amazing thrill for any journalist or writer.” Fagin said. “Within minutes, the emails and tweets and phone calls started pouring in.”

Fagin hopes that it will increase awareness of the book’s main themes: what can go wrong when people disregard long-term environmental consequences for short term financial gain and, just as importantly, the inspiring changes that can ensue when people start to think and take action as members of a community.

Fagin is an associate professor of journalism at New York University and director of the school’s Science, Health and Environmental Reporting Program (SHERP), one of the oldest and most esteemed science journalism training programs in the world.

Fagin’s passion for investigative journalism can be traced back to his time as an undergraduate, where he majored in government and was the editor-in-chief of The Dartmouth. After graduation, he worked for the Sarasota Herald Tribune and then Newsday, where he initially covered local and state politics. “I was feeling unsatisfied,” says Fagin. “Switching over to environmental journalism allowed me to do work that I felt had a more direct impact on the world around me.”

He covered the environmental beat at Newsday for the next 15 years before joining the faculty at NYU in 2005.

Fagin looks back on his time at Dartmouth fondly. It was here that he met his wife. His father-in-law, Howard Frankel ’60, and stepfather, Anthony Roisman ’60, are both Dartmouth alumni. His oldest daughter, Anna Fagin ’13, is a recent graduate, while his youngest daughter, Lily Fagin ’16, is currently a sophomore.

Fagin still keeps his finger on the pulse of the school, sitting on the Board of Proprietors of The Dartmouth and visiting campus whenever he is in the area, which is often, since he has a family home in the Upper Valley.

“Dartmouth is always evolving, and that needs to continue, but it was and is an excellent place to learn. I think the College is taking the right steps to prepare its students to confront global challenges by giving them the qualitative and quantitative skills they will need to make a difference in our resource-constrained world.”