What Students in ‘Flair’ Taught Me About Dartmouth 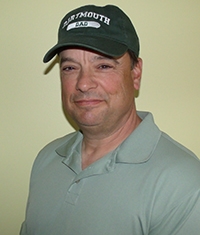 Bruce Nease is a retired Connecticut police officer and lives in East Hampton, Conn. His daughter, Andrea, is a member of the Class of 2017.

Shortly after my daughter received her SAT scores, brochures and pamphlets from a variety of colleges arrived at the house. Most encouraged the reader to visit their website to obtain more information on their institution. Upon visiting the websites, I noticed they all contained statistics, mostly confined to application, acceptance, retention, and graduation. Most of these statistics seemed to be numbers with no relevant comparisons or explanations. I am naturally suspicious of an overload of numbers without a comparative baseline.

Never having experienced the college selection process, I sought the help of other parents who’d either attended college themselves or had been through the process with a child. The most important statistics, I was told, were the retention and graduation percentages.

Really? Suppose it is an easy college that attracts lazy and marginal students? I would expect high retention and graduation rates. This was going to require some research.

My daughter’s top choice was Dartmouth. This was her dream college. Naturally, my research began with Dartmouth, which would be my baseline.

Got Something to Say? Members of the Dartmouth community are invited to submit essays for possible publication on Dartmouth Now. Email essays to: dartmouth.now@dartmouth.edu.

After perusing Dartmouth literature and its website, I realized the bar had been set quite high. There was an underlying theme: Dartmouth wants to produce leaders. Its mission statement makes reference to “a lifetime of learning and of responsible leadership.” Dartmouth leaders don’t just want perfect SAT scores or the top athletes. Nor do they want the student who will only attend class and then go back to the dorm room to study. They want students who will participate in extracurricular activities that make them into well-rounded adults who will become responsible leaders.

On August 30, 2013, at the First-Year Trips registration in front of Robinson Hall, I was fortunate enough to witness student leadership roles in person. At first I didn’t recognize what I was seeing. I saw some bizarrely dressed students who were apparently running the show. Their bright and mismatched colors and patterns and bizarre attire made it appear as though they’d stepped through a time warp straight from Haight-Ashbury. I later learned this style was referred to as “Dartmouth flair.” The “flair” was standard dress if you were a teenager between 1968 and 1971. People who dressed with this “flair” brought down scorn from adults. (“No one will ever take you seriously if go out dressed like that!”) I am speaking from personal experience, so I wasn’t sure what to make of the flair.

I watched and listened as the flair-wearing kids checked in the new students, answered their questions, and provided them instructions and rules. The whole time, music played through large speakers on the steps of the hall.

Meanwhile, I noticed the group of new students standing a short distance away, gathered in a group and nervously looking about as if waiting for some sort of trickery to begin. While the new students meandered timidly about, the music changed and a flair kid on the steps took up the microphone. She announced that the newbies were going to learn a traditional Dartmouth dance.

Two of the flair kids immediately began dancing with energy and enthusiasm. Their spirited display and the fact they were not standing separate from the mob but within its ranks energized not only the new newbies but also some of the younger siblings who’d been standing off to the side. The newbies and the younger kids were swept up into the dance no doubt by the exuberance of those leading the dance. When the flair kid on the steps realized some of the participants were having a hard time following the moves, she began performing the dance. Now everyone could see what needed to be done and the crowd began moving and shifting direction at the same time and in time with one another and the music. In the space of less than two minutes, the newbies went from meandering mob to organized dance troupe.

It took a few minutes before I realized what I had just witnessed. These weren’t just some oddly dressed teenagers. These were some of the top students in the country who transformed a mob into an organized group. Getting everyone moving in the same direction takes someone who can provide influence and elicit cooperation. These are the basics of leadership that are generally taught in leadership schools.

The dynamic display of energy and vigor I witnessed that day cannot be taught. It was the gusto and the determination to make sure everyone in the crowd worked toward the same goal that made me see that Dartmouth was following its own mission statement. Good work, Dartmouth.