The men’s Ultimate Frisbee team is spending May 23 through 26 in Mason, Ohio, competing at the 2014 USA Division I College Championships. 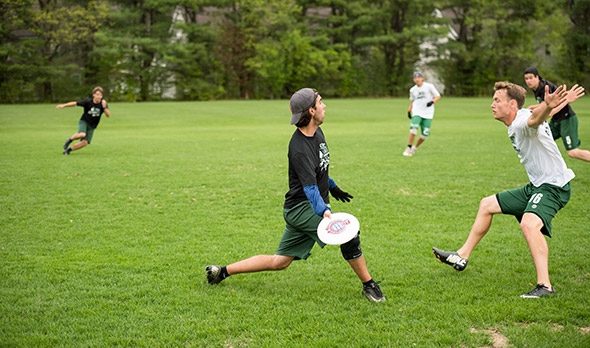 The men’s Ultimate Frisbee team gets in a practice before heading to nationals in Mason, Ohio. (Photo by Jacob Kupferman ’14)

“Dartmouth is a young team, so making it to nationals was an incredible accomplishment. We are primed to play our best on the national stage,” says head coach Brook Martin, an assistant professor at The Dartmouth Institute for Health Policy & Clinical Practice and an assistant professor of orthopaedic surgery at the Geisel School of Medicine.

“The team has shown amazing determination to make it back to nationals after graduating so many people,” he says.

“I’m so excited about nationals because it means that we get to continue playing together as a team,” says Harris.  “Competing with this team at the highest level is as fun as it gets. All of the captains have been on the team since freshman year, and it’s been a blast playing with each other for that long. During this season, we focused a lot on building solid fundamentals and gaining the valuable experience needed to compete successfully.”

Last year, the team placed fifth in the country at the national championship, losing to the University of Central Florida in the quarterfinals. It was the first time the team had made it to nationals in five years.

“We lost a lot of talent last year, so at the beginning of the season nationals wasn’t something we necessarily expected,” says Harris. “We’re super pumped to be going back, and we can’t wait to give it our all out on the field.”

With a record of 16-7 for the season, the team has played in tournaments in Atlanta, Ga., Charlotte, N.C., and many cities in the Northeast.

The team is seeded 17th at this year’s championship, and is set to open the tournament against the defending national champions, the University of Pittsburgh, on May 23. 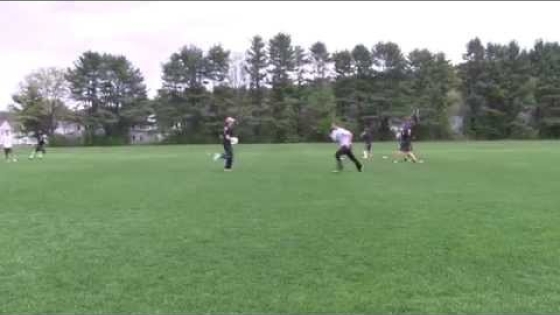