Members of the Dartmouth community tell their stories of the events of Sept. 11, 2001. 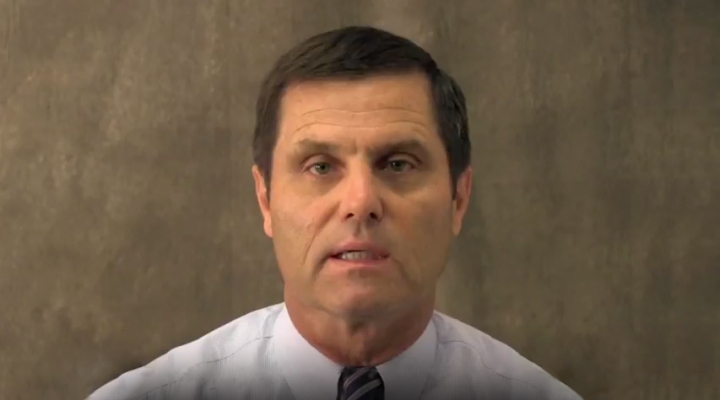 Five years ago, members of the Dartmouth community—faculty, alumni, students—recorded videos describing their experiences on that terrible day. Dartmouth News looks back at several of their stories.

Michael Arad ’91, architect of the National September 11 Memorial at the World Trade Center, spoke with then-director of media relations Justin Anderson (now vice president of communications) about how he conceived the design of the memorial, Reflecting Absence—what Arad calls “the built equivalent of a moment of silence.” He goes on to say, “I wanted to created a memorial that had a quiet and stoic defiance to it, that reflected on what I saw here in the city.”

Samantha Azinge ’12, from Brooklyn, N.Y., was a sixth-grader when the towers fell. Walking home with her brother she saw people in business suits covered with ash and debris. “They looked like ghosts,” she says. “They had a look on their face that I don’t think I’ll ever forget. It was a look of total despair.”

Peter Ciardelli, a lecturer in film and media studies, says Sept. 11, 2001, was supposed to be his first day of work as an audio/visual specialist at Dartmouth. He describes walking into Dan and Whit’s in Norwich, Vt., and seeing the newsstand full of the news from the day before. “It just seemed so normal and plain, and I just thought, that world’s gone. Tomorrow the news is going to be different, from now on.”

Rory Gawler ’05, who is now assistant director of outdoor programs, was on his first-year trip during the attacks, but his group didn’t really understand what had happened until the next day. He calls the job of informing hundreds of the trippees throughout New Hampshire and contacting all of their families a “herculean effort” on the part of trips leaders and staff. “That was one of things that made me excited to be part of the Outing Club.”

James Geiling is a professor at Geisel School of Medicine, chief of the Medical Service, and director of the intensive care unit at the VA Medical Center in White River Junction, Vt., but on 9/11 he was an Army colonel in command of a medical clinic at the Pentagon. When a plane hit the Pentagon, he was on the other side of the river at Walter Reed National Military Medical Center. It wasn’t easy getting back. “I finally got to the Jefferson Memorial in my scrubs and my Birkenstocks and my white coat,” he recalls. “Across the river you could see the building burning and I flashed as many ID cards as I could to some cop and he said, ‘You’re not crossing my bridge, Doc.’ ”

Hank Paulson ’68, former secretary of the treasury, was chairman and CEO of Goldman Sachs on 9/11. That day, he says, was “like a bad dream.” He learned the news while on a plane flying from China to Russia, and heard people screaming through the phone while he spoke with his office in New York. Working to get the markets up and running and colleagues back to work in the aftermath was, he says, “a horrendous experience, but you also saw the very best of humanity.”