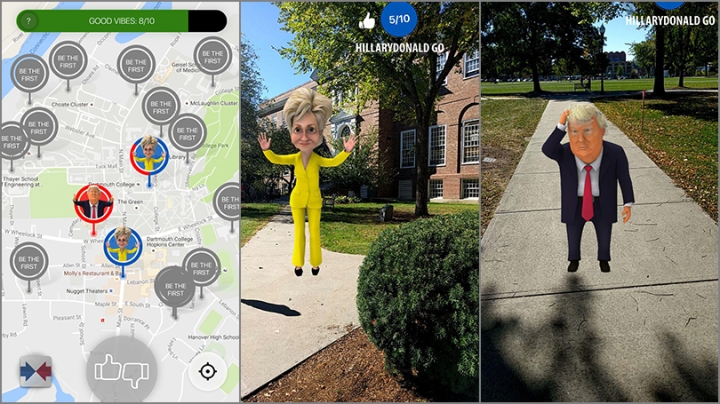 Hillary Clinton and Donald Trump have joined the Pokémon character Pikachu in the world of augmented reality, thanks to a new smart phone game designed at Dartmouth.

Mikhail Gronas, an associate professor of Russian, and Joseph Bafumi, an associate professor of government, have applied the Pokemon Go phenomenon to politics, challenging players to travel the real world in search of virtual Hillary Clintons or Donald Trumps. Players use their phones to give their candidate “good vibes.” The cartoon candidate receiving the most support wins control of the virtual “booth,” which is geotagged to that real-life location.

“Elections are some of our nation’s most important political decisions and are very much gamelike: We follow the scores or polls, and we root for our teams,” says Gronas, a specialist in digital humanities and Slavic studies. “Perhaps HillaryDonald Go can inject some lighthearted competition into this election season, lessen the acrimony, and allow us to take a brief break from the tensions of the campaign.”

In the game, the virtual candidates react with humorous expressions of joy or sadness in response to players’ choices and respond with real sound bites from Clinton or Trump such as, “Thank you for this amazing welcome” or “I don’t like that.”

Bafumi, who teaches classes in campaigns and elections, public opinion, and public policy, says, “With the launch of HillaryDonald Go during these last few weeks before Election Day, we hope to engage more people in the political process. The game may even encourage some to vote in this election.”

It could become a unique analytic tool, as well, he says. “The app may also give social scientists and political pundits a sense of the electoral mood across geographic spaces in a way that polls cannot easily do.”

This is not the first digital political project for Bafumi and Gronas. Just before the first presidential debate, they released a different HillaryDonald app that allowed users to cheer or boo their candidates with a shake of their phones as Clinton and Trump debated.

HillaryDonald Go has been downloaded 5,388 times in the week since it was launched, and was a top “upvoted” game app on the ProductHunt digital media and technology rating website.

HillaryDonald Go can be played in nearly 1 million locations, or “booths,” in parks, libraries, monuments, cafes, and other public places throughout all 50 states. New locations are being added regularly. Booths have also been placed in U.S. embassies and consulates around the world to enable U.S. citizens abroad to join the game. The app is available for free through the Apple App Store and Google Play. 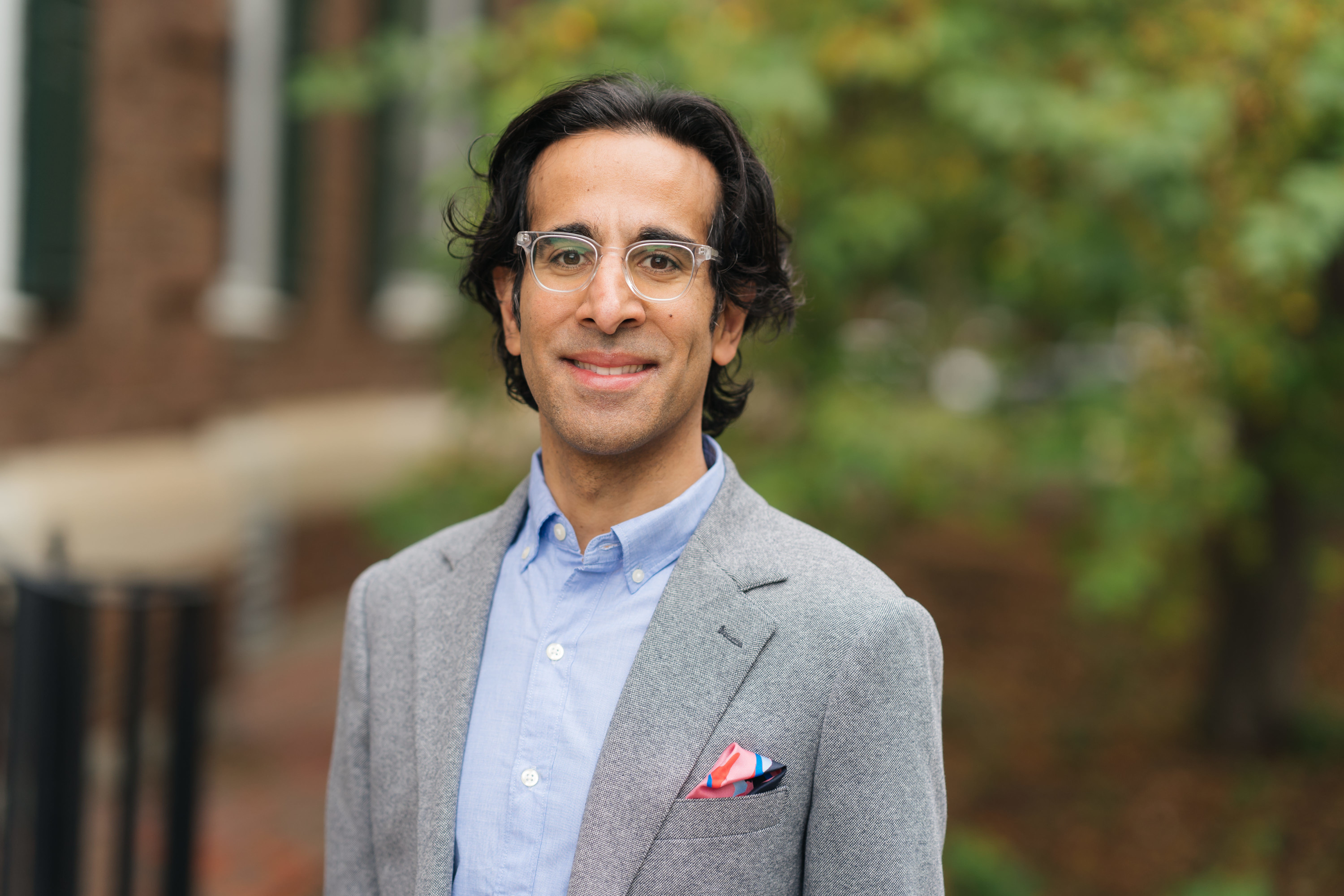