Music and Poetry From Uzbekistan Sing of Women Warriors

‘Qyrq Qyz’ (Forty Girls) will have its world premiere at the Hopkins Center for the Arts.

What happens when a filmmaker and a composer from Uzbekistan work together to reshape for modern audiences an ancient epic about young women warriors?

Pronounced Kirk-KIZ, it’s the story of Gulayim, a 16-year-old girl whose father rules a seminomadic people on a windswept land southeast of the Aral Sea. To defend their land against invaders, Gulayim and 40 other girls master the art of war and liberate male fighters from captivity, building, in the end, a new society based on peace and compassion. 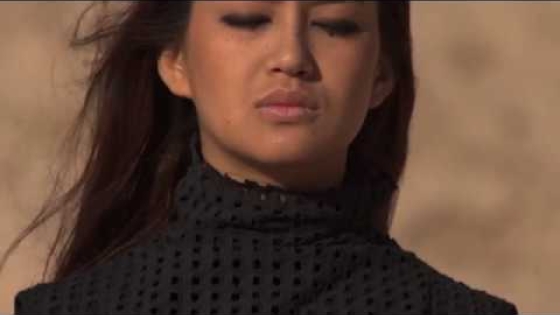 “This is a universal story,” says Theodore Levin, the Arthur R. Virgin Professor of Music. “It speaks of the empowerment of women, which, as we are now discovering in new ways, was important in the ancient world.”

Levin says there are misconceptions about the role of women in Muslim societies, especially nomadic cultures in Central Asia, where Qyrq Qyz is rooted. “When Islam came to Central Asia, it syncretized with local religions, and with local nomadic cultures, in which there is a strong matriarchal tradition.” The young female bards performing Qyrq Qyz, says Levin, “are at the vanguard of a generation of women moving into performing roles traditionally reserved for men, like reciting epics.”

The Qyrq Qyz musicians have learned how to sing and play traditional instruments through instruction and apprenticeships funded by the Aga Khan Music Initiative, for which Levin serves as senior program consultant. “We view ourselves as working with material that’s inspired but not constrained by tradition,” says Levin. “Our intent in producing this piece is that it’s not simply an anachronistic look at the past, not an historical revival or an historical depiction, but an attempt to place the epic in the present.”

At a preview at the Hop last fall, performers moved in a dreamlike way around a stark stage set to weave the narrative, singing and playing music composed by Dmitri Yanov-Yanovsky, who blends indigenous influences with postmodernist styles. Projected on a large screen behind them is a haunting film by Qyrq Qyz director Saodat Ismailova, an award-winning artist who came of age in the post-Soviet era. She divides her time between her native Uzbekistan and Paris, which is where she and Levin began discussions leading to Qyrq Qyz.

“I divide the film into four elements,” Ismailova told the preview audience. “Water, earth, fire, and air. You see holy places related to shamanic rituals. There is a layer of Islam in the music, but for my images, I tried to make a kind of archaeology of memory.”

Ismailova says the audience does not need expertise in the history of Central Asia to be moved by the poetry. “It’s not important to know exactly where everything you see or hear comes from, or exactly what the narration means, but as long as you have the feeling, and you dream and travel in your imagination—that is my hope.”

Students in Levin’s course, “The Music of Central Asia,” will be well prepared to appreciate what they see and hear in Qyrq Qyz. Their large, illustrated textbook, edited by Levin, Saida Daukeyeva, and Elmira Köchümkulova, has just been awarded the 2018 Dartmouth Medal in Excellence in Reference by the American Library Association. And all this week, members of the Qryq Qyz creative team are visiting Levin’s class to explain how they have brought ancient art into the 21st century.

“For us to help produce and present this extraordinary international world premiere is an important opportunity to tell the story of strong Muslim women and little-known traditions that help us all understand the world around us just a little bit better,” says Hop director Mary Lou Aleskie.

Co-presented by the Aga Khan Music Initiative and funded in part by the Wetzel Family Fund and the National Endowment for the Arts, Qyrq Qyz premieres at 7 p.m. on Thursday, March 1, at the Moore Theater in the Hop, preceded by a free preshow talk at 6 p.m. at the Top of the Hop, and followed by a discussion with the artists. Some area schools have been including Qyrq Qyz in lesson plans, based on a study guide. On March 10, Qyrq Qyz will move to Spruce Peak Performing Arts Center in Stowe, Vt., and, on March 23 and 24, to the Brooklyn Academy of Music. 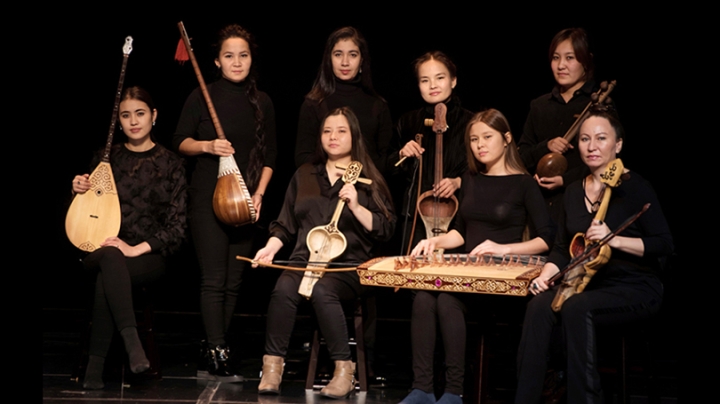