Tarek El-Ariss on Seeing the ‘Other’ in a New Light

The associate professor discusses Arab culture, the “monster” of the unknown, and much more.

Associate Professor Tarek El-Ariss joined the Dartmouth faculty in 2017 to lead the new program in Middle Eastern Studies. Born in Beirut, Lebanon, El-Ariss received his doctorate in comparative literature at Cornell and taught at the University of Texas, Austin, before coming to Dartmouth. He is editor of The Arab Renaissance: A Bilingual Anthology of the Nahda and edits a series on Arabic literature in translation. His forthcoming book, Leaks, Hacks, and Scandals: Arab Culture in the Digital Age, will be released in December. He talks with Dartmouth News about his scholarly pursuits and the question of identity.

The monster. Should I be forewarned?

Yes, you should be forewarned [laughs]. It’s the ghoul. It’s that which comes to us when we least expect it.

A psychic monster or a folkloric monster?

It’s both, because the psyche is also made up of folklore.

And is this monster rooted in the Middle East or in Arab culture?

It is, but it also appears online.

It might come from the Arabian desert, but sometimes it comes at you by opening a page on the internet.

Help me draw the connection between the monster and Middle Eastern studies.

Does that anxiety have anything to do with how we define the Middle East? A New York Times art critic put it this way: “Coined in the West, the term ‘Middle East’ is a cartographic convenience, a promotional hook, and a power tool.” Would you agree?

Yes. We can’t escape the baggage that comes with objects of study. Biology, physics, gender studies—they all come with baggage.

So, as head of the new program, how do you define Middle Eastern studies?

We see Middle Eastern studies at Dartmouth as an interdisciplinary pursuit that seeks to bridge disciplinary boundaries. The Middle East is a field of study tied to the history of colonialism, the history of the Cold War, and, more recently, the war on terrorism—we cannot ignore these political realities. But at the same time, we are trying to open up Middle Eastern studies to art and culture. The Middle East is not simply a region; it is also a place that has influenced world history and culture on so many levels.

You’ve noted that conflict appears to be the lens through which the Middle East is perceived and studied. Do you hope to change that?

I cannot ignore the political realities in which we live or the perceptions students bring to the classroom. But I hope not to reinforce these perceptions. I want students to discover a much more complex picture and connections with their own culture, to see the other in a new light.

Let’s talk about the “other.” You’ve written about those in exile. After spending your formative years in Beirut, have you been transformed by exile?

I don’t experience the loss of place as a loss of identity. I inhabit multiple places at the same time. I bring home with me, and I go to it. I’ve developed a way of thinking that home is also my classroom, my office, my books and posters.

Writing in the Journal of Arabic Literature, you ask, “Can the exile ever return?” and suggest that, if he does, he returns with a vengeance, as a beast. Are you beastly when you visit Beirut?

In much of your literary and cultural criticism, whether speaking of artistic responses to political turmoil in the Middle East or your favorite Middle Eastern dessert, you often talk about dismemberment, fragmentation, disjointedness. Why do you see so much rending apart?

Well, I think we’ve been overvaluing the whole, the one. Identity seems to be associated with things that somehow come together in a seamless way, where there is no fault, there is no imperfection, nothing is missing. I’m interested in the identity of fragments, of things that look disjointed but have an identity and meaning and value.

Did your childhood in war-torn Beirut in the 1980s influence your preoccupation with fragments and disjointedness?

Absolutely, because I understood that the normal is not always recognizable. I was two years old when the war started. The city was split in two with a no-man’s land in between; one street was safe, the other was not safe. And in the state of war, you invent everyday life as you go along, because you cannot predict what will happen the next day.

And yet you have some fond memories of your childhood. I loved your essay about your aunt and the making of mfattqa, a traditional Beirut dessert.

Yes, I was asked by a friend, a curator, to write about food and identity. The first thing that came to mind was this ancient dish from the Eastern Mediterranean.

I was reminded of Marcel Proust and the madeleine.

The essay begins with an incantation.

Yes. It came to me as an incantation, and it took me to another dimension. Of course, writing is not just something we produce, it’s something we enter, something that comes to us. This was exactly what happened to me. Something opened, and I found myself talking about the war experience, about my family, my father …

You seem to have experienced a kind of literary catharsis.

It was, it was, and I find myself at this point in my career more willing and able and interested in revisiting the relation between the personal and the professional, between my literary scholarly interests and where I come from.

That’s right. I teach a course called “Identity and Representation in the Middle East,” so I’m interested in this question of identity, and I’m beginning to try to find ways to talk about it. Identity is not something I’m born with, I’m fixed with, that I bring with me wherever I go. Identity requires many years to think about. It’s something very complex. It’s all these different fragments and how you bring them together.

Watch El-Ariss talk about his approach to Middle Eastern studies and what it’s like to teach at Dartmouth: 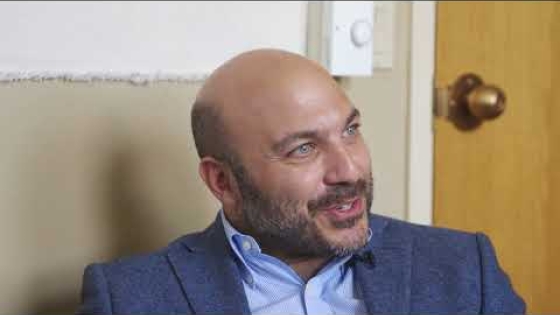 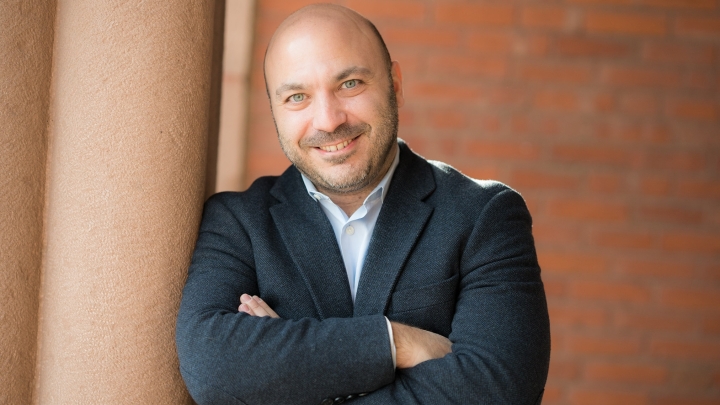 Associate Professor Tarek El-Ariss’ forthcoming book, Leaks, Hacks, and Scandals: Arab Culture in the Digital Age, will be released in December.
Written by
Kathryn Stearns
Share this
FacebookTwitterEmail
In the News