Are Our Brains Wired for Free Will?

A new DartmouthX course probes scientific evidence for the ability to make choices. 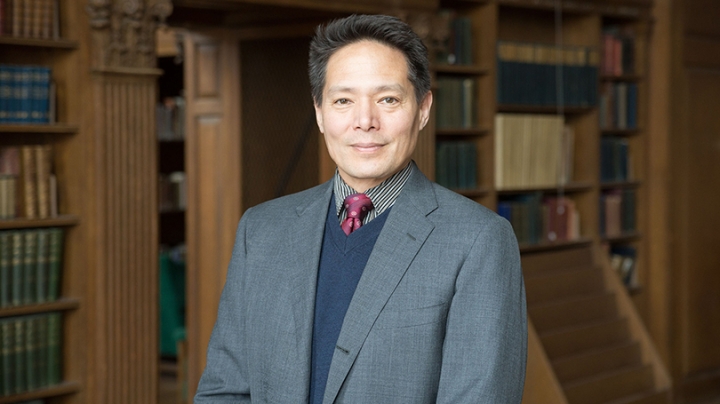 “The reason I decided to teach this course is that many neuroscientists don’t talk about free will at all or advocate the position that we have no free will,” says Professor Peter Tse. (Photo by Eli Burakian ’00)
1/09/2019
Body

“The reason I decided to teach this course is that many neuroscientists don’t talk about free will at all or advocate the position that we have no free will,” says Tse.  “Once it became apparent to me that humans have evolved to have the capacity to change and to imagine a different future—and to enact it— I realized the claim that we have no free will is both wrong and damaging. I had to speak up.”

Tse made his case in his 2013 book, The Neural Basis of Free Will. The newly developed Massive Open Online Course (MOOC), he says, will delve into  differences between humans and other animals.

“I am saying that an animal, such as a tiger, has one kind of free will, which I call first-order free will. This is the capacity to weigh options and then select an adequate or optimal course of action in light of one’s own reasons,” says Tse.  “Humans, unlike other animals, have, in addition, a second-order free will, which is the capacity to choose to become a new kind of chooser in the future, such as one that can speak a new foreign language, or even have a different character than one now has.”

Unlike a tiger, Tse says that he could decide for example, “to become a vegetarian, even though I salivate at the sizzle of a cheeseburger, and that ability to govern behavior is embedded in my brain’s circuitry, in the frontal lobes.”

Tse plans to start the DartmouthX course by asking philosophical questions such as, “Is the universe deterministic or indeterministic, and how much is under our control?”

Then, Tse says, “we’ll zoom into neuroscience, looking at how free will works in the brain. I return in the end to philosophical, ethical questions: If we have free will, what should we do with it? How should we act, to sculpt new selves and new societies?”

As a case study, Tse’s students will learn about one of the most famous patients in neuroscience: Phineas Gage, from Cavendish, Vt.  A railroad foreman, Gage destroyed his left frontal lobe while using a rod to tamp explosives into a hole. He survived the gruesome accident, but with his personality drastically changed for the worse.

“Gage went from being a responsible foreman to an impetuous, rude, aggressive man,” says Tse. “One implication of that is we all have Phineas Gage in us, motivated by greed, or lust. But if we also have our frontal lobes, which he lost, we can refrain from acting on our baser instincts and instead act on the basis of our longer-term plans and goals.”

Tse’s course is the second of Dartmouth’s MOOCs to be funded by the Institute for Cross-Disciplinary Engagement at Dartmouth (ICE), which is supported by the John Templeton Foundation.  ICE director Marcelo Gleiser, the Appleton Professor of Natural History and professor of physics and astronomy, says, “The question of whether or not we have free will is as old as it is essential. Are we free to choose the direction of our lives or are we somehow controlled by unconscious agency?”

Gleiser says he is “thrilled that Professor Tse accepted the invitation from the Institute for Cross-Disciplinary Engagement at Dartmouth to take us on this journey of discovery, following the signposts of cutting-edge cognitive neuroscience. I am truly looking forward to learning from such a highly qualified and gentle guide for this complex and multifaceted conversation.”

Libertarian Free Will: Neuroscientific and Philosophical Evidence begins Jan. 15; the class is free and self-paced, and registration is still open. It’s the 20th MOOC to be offered by DartmouthX since the program was launched in 2014. Enrollments in all the courses now approach 250,000.