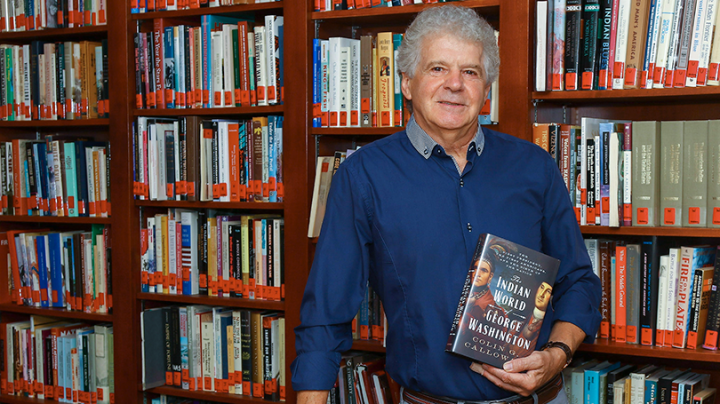 Colin Calloway’s book The Indian World of George Washington has been named a finalist for the National Book Awards nonfiction prize. (Photo by Herb Swanson)
1/16/2019
Body

In more than 25 years of teaching at Dartmouth, Colin Calloway, the John Kimball Jr. 1943 Professor of Native American Studies, has worked to return Native Americans to their central role in the story of America. Then, in his latest book, Calloway happened upon the perfect vehicle to bring the first Americans back into the center of the story: the nation’s first president.

Calloway says The Indian World of George Washington: The First President, the First Americans, and the Birth of the Nation, which was a 2018 National Book Award finalist, is not a biography but a way to show how the complex politics of Native American nations, alliances, clans, and popular leaders shaped Washington’s life and the founding of the United States.

Calloway has written 14 books on Native American history, many of them during his time at Dartmouth, but the Washington book was the first to attract broad interest among publishers before he’d even finished the manuscript. It was chosen as one of five National Book Awards finalists for nonfiction out of a field of 546 books submitted in the category. It has been widely reviewed and discussed in the media, and the silver National Book Award Finalist seal on the cover promises to attract a broad audience of bookstore browsers.

But revisiting George Washington’s story had some hazards.

“I knew, setting out, that it was going be difficult, because I was venturing into what, for some people, was hallowed ground,” Calloway says. “In fact, when I was down at Mount Vernon doing research, somebody there said to me, ‘You’re not going say anything bad about the general, are you?’ Which wasn’t really phrased as a question.”

Washington’s relationship with Native Americans was complicated, but his life mirrored the conflicts and exploitation that played out in the history of the United States, Calloway says.

“I try to be careful in the book to say I’m not out to debunk George Washington or show him as a bad guy, but rather to say he’s representative of American society at the time. Everybody was grabbing Indian land hand-over-fist; he was just better than most at doing that,” Calloway says. “A phrase I like to use is, ‘a nation built on Indian land and a nation often built with African labor.’ That’s true, of course, of Washington’s estate and his presidency.”

Calloway learned to strike this balance in the classroom, too. His classes are usually a mix of Native and non-Native students who often arrive with very different perspectives on Native American history.

“In most of the classes, the majority of the students are not Native American, so I have to reach them and get them interested in Native American history and to understand why Indian, Native American, history matters,” Calloway says. “You’re not going do that if you alienate them right away.” 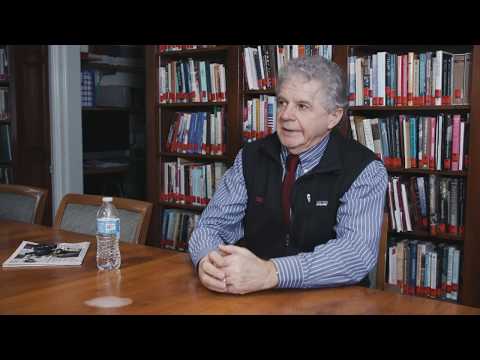 An Interest Kindled in Yorkshire

“Most of my PhD research I did in London in the 1970s. The British Indian department kept precise minutes and records of all the council meetings for North America throughout the 18th century,” he says. These archives include speeches by tribal leaders, records of treaty negotiations, and details of elaborate diplomacy rituals from scores of Indian nations and alliances.

He still gets asked how a native of the U.K. became a scholar of Native American history. While noting that a British Egyptologist seldom has to explain the attraction of an ancient Nile Valley civilization, he acknowledges that the origin of his fascination with Native American history is a fair subject of curiosity.

“Starting out I used to say, ‘Well, I don’t know, but if you find out would you call my mom because she’s as flummoxed as everybody else.’ But actually, it’s a serious question because, especially working in Native American history, people will say, ‘What are you doing with our history?’ ” Calloway says.

“I think that the way I came to it was, always being interested in American history and being a European, the thing that struck me as distinctive was the presence of Indian people. Now my answer to the question of why Native American history is, ‘Well, I live on this continent, too, and I’d like to figure out what went on here, and I believe that we don’t get a good understanding of the history of this continent and how things developed without looking at Native Americans.” 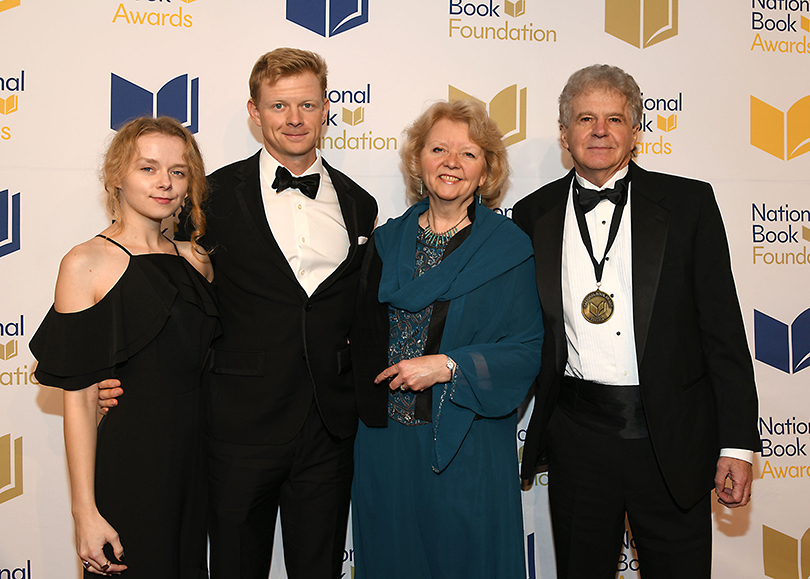 Coming to America … and Dartmouth

Calloway came to the United States in the early 1980s with his wife, Marcia Calloway, currently associate director of Dartmouth’s Office of Visa and Immigration Services. Over the following decade he taught high school English in Vermont, served for two years as associate director and editor of the D’Arcy McNickle Center for the History of the American Indian at the Newberry Library in Chicago, and taught history for seven years at the University of Wyoming.

As he writes in The Indian History of An American Institution: Native Americans and Dartmouth, considered the definitive history of Native Americans at Dartmouth, he’s felt a connection to the College since he first browsed the “Indian” entry in the Dartmouth Library’s old card catalog, just after he arrived in the Upper Valley and before he began teaching high school in Springfield, Vt.

“Dartmouth is a place with a special history and a special pledge,” Calloway wrote in his Dartmouth history. That’s why it meant a lot when, in 1990, he began as a visiting professor, and then in 1995, he joined the faculty. But, like the relationship between Native American history and American history, it’s complicated.

“I have many reasons to be deeply grateful to Dartmouth and feel a loyalty to the institution. I have also felt sympathy, respect, and fondness for Dartmouth’s Native American students, and a kind of loyalty to them. The two loyalties have sometimes been in tension,” Calloway wrote.

“Yet while some Indian people have undoubtedly felt excluded from Dartmouth, others have studied here, made a home here, and managed to make an Indian community within the Dartmouth community. Despite early failings and recurrent mistakes, there is much that is laudable about Dartmouth’s Indian history, if only in comparison with greater failings or less effort at educational institutions elsewhere.”

This tension between the history of American institutions and Native American history has been present in Calloway’s studies, writing, and teaching throughout his career, and it was very much a part of the conversations about his Washington book.

“One of the first reviews, I think it was in The New York Review of Books, said, ‘Calloway is ultimately ambivalent about Washington,’ and I said, yes, exactly!”

“Much of American history was about transforming Native American lands into American real estate, and George Washington was instrumental in that. But he also, and this is I think worth remembering these days, was a president with a conscience and a moral compass, so he worried about it, too,” Calloway says.

“He spilled a lot of ink worrying about how the United States could develop an Indian policy that was honorable and just—predicated on the foundation, of course, that there was no question that the Indians would have to give up their land.”

At the heart of that struggle was the question of how this new country would look to the nations of the world, to posterity, and to itself, says Calloway, a struggle that continues to this day.