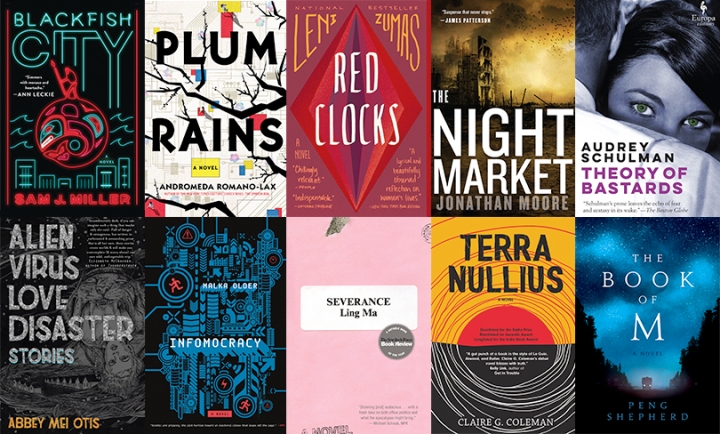 The prizes, established in 2017 by the Neukom Institute in an effort to understand, promote, and honor the convergence of art, science, and real life, are presented annually to honor and support writers of speculative fiction, or spec fic, a genre that encompasses science fiction, fantasy, and cultural critique.

“Ann and Jeff VanderMeer are two extraordinarily versatile, creative individuals who are among those responsible for not only making spec fic as popular as it is today, but also for stretching the boundaries of the field,” says Professor Daniel Rockmore, director of the Neukom Institute for Computational Science and creator of the awards program. “We are tremendously excited to have them serve as judges.”

The VanderMeers will select winners for the Neukom awards program’s two book categories: one for debut authors, the other open. A separate award for speculative fiction playwriting is being judged by a panel of theater experts, including Dartmouth faculty; the 2019 play shortlist was announced in April.

Authors and publishers from around the world have submitted works for the second season of the Dartmouth spec fic awards program. The VanderMeers will work from a shortlist determined with the help of Rockmore, Associate Professor of English and Creative Writing Alexander Chee, Associate Professor of Middle Eastern Studies Tarek El-Ariss, Professor of English and Creative Writing Peter Orner, and essayist and regular New York Review of Books contributor Sue Halpern. All of the books on the 2019 Neukom shortlist are available at the Dartmouth Library and the Norwich Bookstore.

“The books submitted this year demonstrate the power of spec fic to express our hopes, fears, and fantasies about the future,” says Rockmore. “I encourage all readers to take a look at the shortlist and join our judges in finding new favorites.”

Each Neukom award comes with a $5,000 prize. The winning authors will be presented with their awards during a panel discussion on campus in October. The playwriting award offers opportunities to develop, discuss, and perform works alongside members of the Dartmouth community. Winners will be announced later this month.

Visit the Neukom Institute Literary Arts Awards website to find out more about the program and last year’s winners.

Julie Bonette can be reached at julie.e.bonette@dartmouth.edu.