From Zeroes and Ones to Qubits: Teaching Quantum Computing 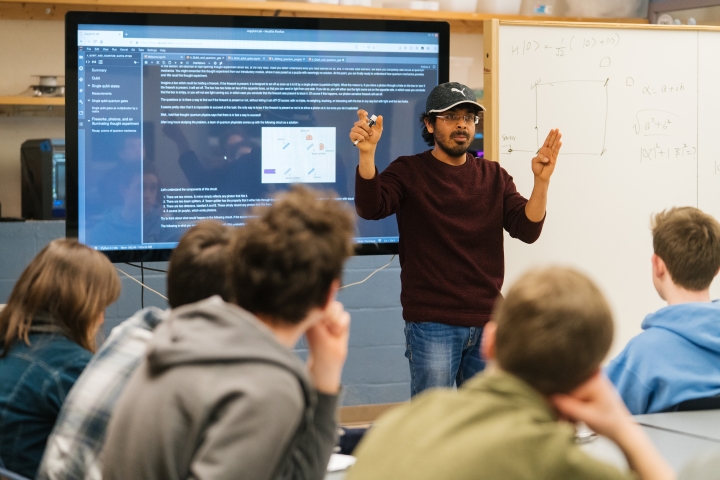 “With quantum computing, technology is really reaching its next renaissance. So it’s a good time to rethink quantum education,” says James Whitfield, an assistant professor of  physics and astronomy.

Quantum computing is based on discoveries that particles can exist in several states at the same time—that they can have a value of one or zero—or both. It requires a dramatic shift in thinking and calculating, from a binary universe of digital computing to the physical world of quantum bits, called qubits, which can process exponentially larger sets of data at vastly higher speeds. IBM, Intel, Microsoft, Google, and other companies are already investing heavily in quantum simulations to determine costs and benefits.

“This will be a huge explosion in the technology workforce over the next decades,” says Whitfield.

And it’s not too early to build that capacity, he says. With undergraduate and graduate students from the Department of Physics and Astronomy, Thayer School of Engineering, and the DALI Lab, which awarded his team a $10,000 software development grant, Whitfield is developing new teaching tools aimed at demystifying quantum mechanics and computing, not just in college, but in high schools.

“We are getting grants from major funders, including the National Science Foundation, and the government is interested in spreading that knowledge. So we are doing outreach in our own community,” Whitfield says.

Taking Quantum Computing on the Road 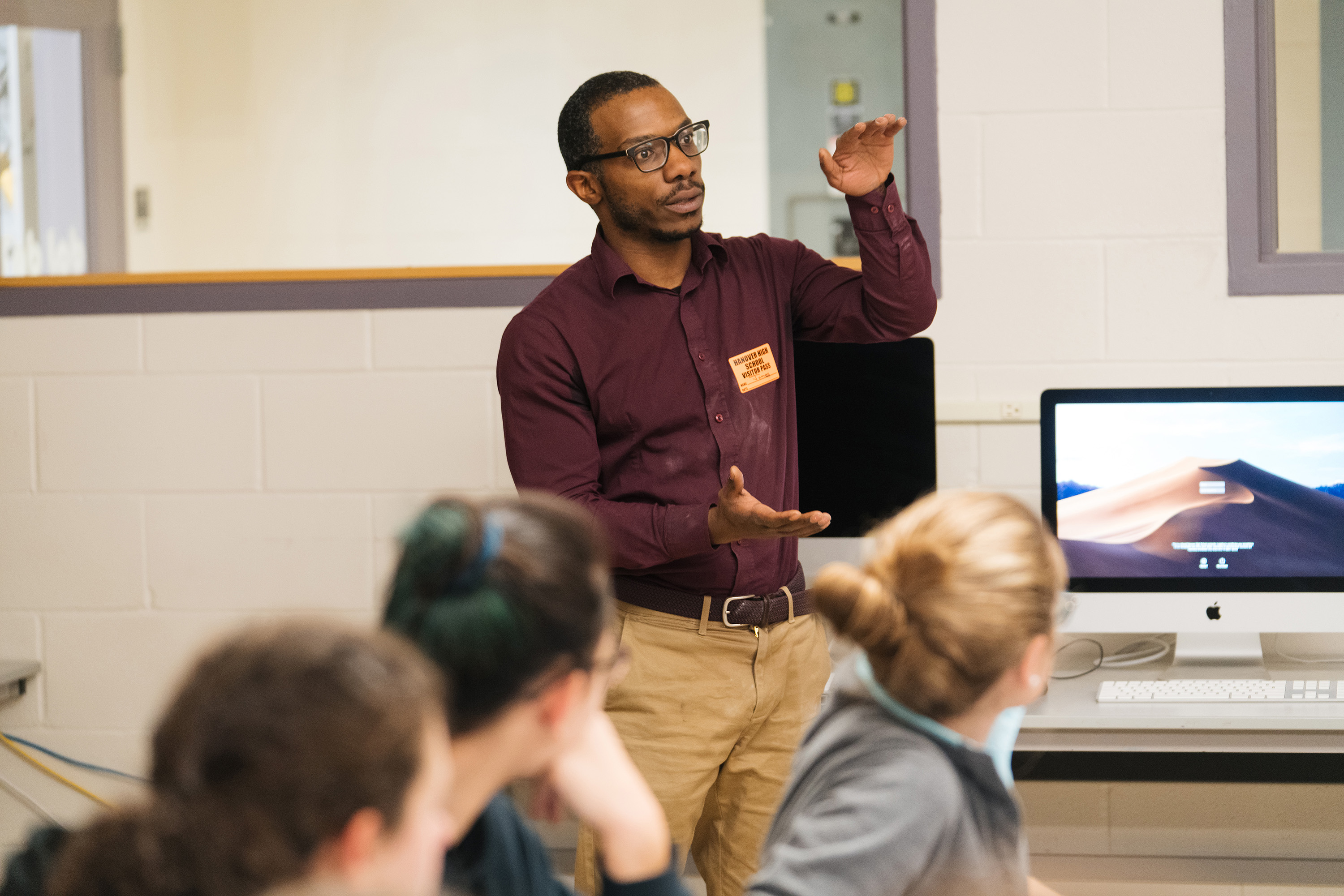 “Quantum computing is fascinating because it’s right on the edge,” Lavigne said before students took their seats around a big table. “It captures people’s ideas. But I’m also teaching a way to think about problem solving differently. It’s not about how to work with a binary system. This is how to think about particles that are in two places at the same time, and how much more powerful it is. It’s looking at a problem through a different lens.”

Lavigne said his students are soaking up the new knowledge coming from the Dartmouth teaching team. “It’s empowering them. After only a week in class, they’re starting to feel on a one-to-one level with graduate students and college professors.”

One afternoon, the guest teacher from Dartmouth was Kanav Setia, Guarini ’20, who works closely with Whitfield. During a lively conversation with students, he filled a whiteboard with mathematical formulas pertaining to a vexing question: If you have a box that may or may not contain a photosensitive rocket, how can quantum computing determine whether or not there is, in fact, a rocket inside, without opening the box and setting off the rocket?

“Right now, quantum mechanics and quantum computation are very counterintuitive, right? And so you need to come up with novel ways to teach it,” said Setia.

Looking on as Setia fielded the students’ probing questions were Trevor Glasgow ’20, a software developer working on qBraid in the DALI lab, and Professor Dan Rockmore, associate dean for the sciences and director of the Neukom Institute for Computational Science.

“High school students these days are generally more capable than people give them credit for,” Rockmore says. “Hanover High kids are really eager to learn stuff. The best of them really do just suck it up like sponges. We have such a resource at the College in terms of our faculty; they love to teach, and they love eager students.”

To the next generation of scientists, quantum is a hot topic, Rockmore says.

“Put ‘quantum’ in front of anything, and it sounds cool. For years it was like this confusing dream, but now it’s going to happen, and showing these high school students that they can understand it is a gift, honestly, to them.”

After class, three students, all seniors, reflect on what they have been learning all week.

“I had learned a little bit about quantum mechanics before, but going in-depth on it—it’s just so weird,” says Jackson Tolliday, who is considering a career in electrical engineering. “It doesn’t follow any kind of logic I’ve been exposed to before. It kind of breaks everything we know, or at least I knew, about physics and how things work. It’s really interesting.”

His friend Ruddick Smith, who plans to study computer engineering, says, “If someone approached you with something that was fundamentally true, but fundamentally went against everything you had been taught to believe in, I think it’s just human nature to want to investigate more deeply.”

Further investigation, however challenging, will likely pay off, predicts Olivia Simon. “Our teachers believe that quantum computers are going to be in everybody’s home, at some point,” she says. “Learning to utilize it is a great tool to have for the future.”