Fully understanding the complexity of Kevin Wright’s laboratory in Wilder Hall would require a deep knowledge of ultracold quantum physics. But who has time for that? Understanding a hot cup of coffee could do just fine.

“To visualize what it means for something to be a superfluid, imagine stirring your coffee with a spoon, then removing it,” explains Wright, assistant professor of physics and astronomy. “And then imagine that the coffee keeps swirling in circles forever, never coming to rest.”

Now imagine that the never-ending swirling coffee is not being stirred by a spoon but by a web of laser beams that crisscross in a way that somehow makes perfect sense in the “spooky” world of quantum physics.

And instead of coffee, it’s a cloud of lithium atoms that’s swirling around.

Welcome to the world’s first “tunable” superfluid circuit that uses ultracold electron-like atoms. That maze of laser light and cloud of superfluid atoms are part of a one-of-a-kind microscopic test bed designed by Wright to explore how electrons work in real materials. 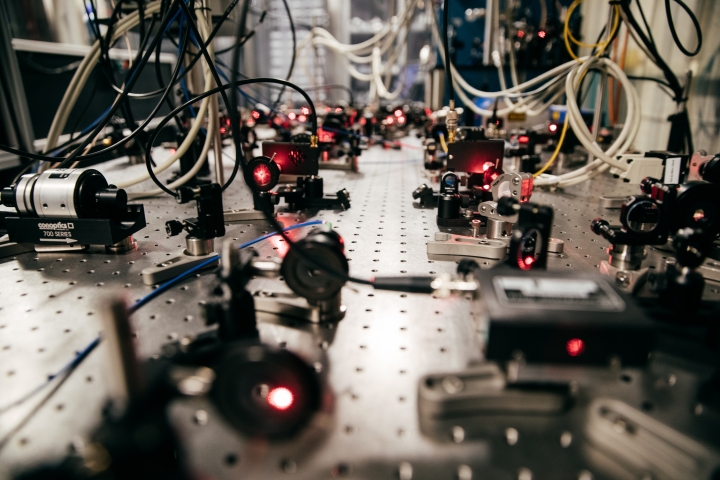 A web of lasers allow researchers to cool, move, and detect electron-like atoms in the superfluid circuit. (Photo by Robert Gill)

“Much of modern technology revolves around controlling the flow of electrons around circuits,” says Wright. For the first time, researchers can now analyze the strange behavior of these kinds of quantum particles in a highly controllable setting.

While common conductive materials such as copper are well understood, researchers do not fully know how electrons move or can be controlled in exotic materials like superconductors.

The challenge is isolating and controlling individual electrons to study their behavior. The novelty of Wright’s circuit is that it uses a complete atom to demonstrate how one of its single, fundamental parts behaves. Unfortunately, there is no coffee analogy that suffices here, but according to Wright, “We are learning about electrons without using electrons.” 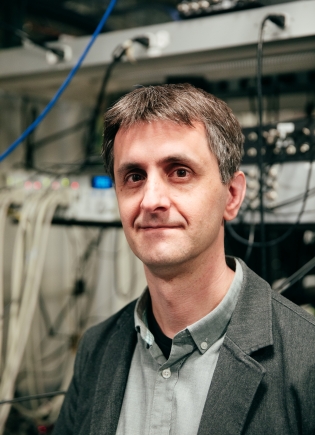 Further comprehending Wright’s research requires the understanding that atomic particles can be either bosons or fermions. Bosons, such as photons, tend to bunch together. Fermions, such as electrons, tend to avoid each other.

While superfluid circuits using ultracold boson-like atoms already exist—pioneered by Wright when he was at the National Institute of Standards and Technology—the Dartmouth circuit is the first to use ultracold atoms that act as those asocial fermions.

“Electrons can do things that are far stranger and more rich than anyone has imagined,” says Wright. “By using electron-like atoms, we can test theories in ways that were not possible before.”

Lithium-6 makes the work possible. Although the isotope is a complete atom with a nucleus, protons and electrons, it behaves like an electron. The lasers are used to cool the lithium to temperatures near absolute zero and then to move the atoms around in ways that mimic electrons flowing around superconducting circuits. The lasers also detect how the atoms are acting and even provide the structure of the circuit—a microscopic racetrack in an ultrahigh vacuum chamber for the atoms to circle around.

By using electron-like atoms, we can test theories in ways that were not possible before.

Spread across three stainless steel optical tables stretching about 18-feet wide, the test bed gives physicists access to a quantum emulator that will allow them to study the formation and decay of currents that flow indefinitely without added energy—that imaginary endlessly swirling coffee.

The lab’s success in creating the superfluid environment is detailed in a recent study written by Yanping Cai, Guarini ’21, Daniel Allman, Guarini ’23, Parth Sabharwal, Guarini ’24, and Wright that was published in Physical Review Letters. 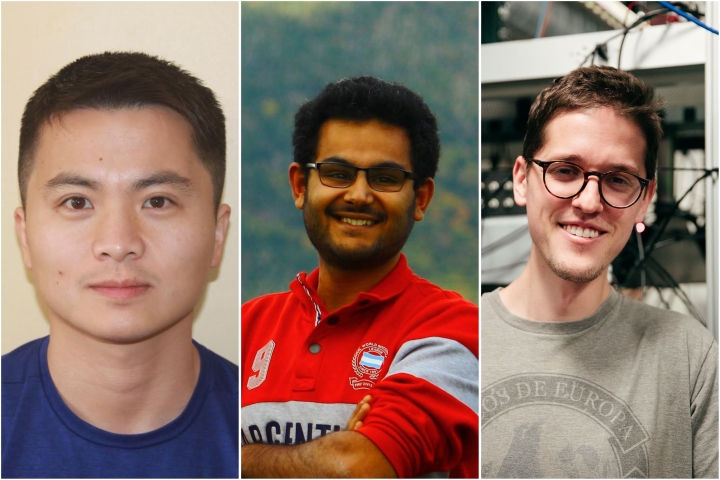 “It’s amazing to be a part of something that nobody has ever done,” says Allman, who Wright credits with being a master troubleshooter in the lab. “This is the frontier of new research, and it is cool.”

Wright’s lab puts Dartmouth at the center of experimental research using ultracold fermions and has the potential to attract researchers looking to test theories and analyze special materials. Findings from the lab could also create opportunities for the development of new kinds of devices that use superconductors and other exotic quantum materials that can be useful for quantum computers.

“We have crossed the threshold to build test circuits with fermionic quantum gases,” says Wright with a hint of modest pride. “Designing and controlling the atom flow around a circuit with ultracold fermions in the same way that is done in an electronic device has just never been accomplished before.”