Research predicts the existence of a previously unimaginable particle.

The finding of the Majorana boson demonstrates that photons can be “split” into halves. Download this animation. (Animation by LaDarius Dennison)
12/13/2021
More Reading

When Italian physicist Ettore Majorana suggested that electrons could be split into halves nearly a century ago, the revolutionary idea was largely underappreciated. It now serves as a cornerstone of physics.

Leveraging the same curiosity as Majorana, researchers from Dartmouth’s Viola Research Group are predicting that split photons may also exist.

“This is a major paradigm change of how we understand light in a way that was not believed to be possible,” says Lorenza Viola, the James Frank Family Professor of Physics. “Not only did we find a new physical entity, but it was one that nobody believed could exist.” 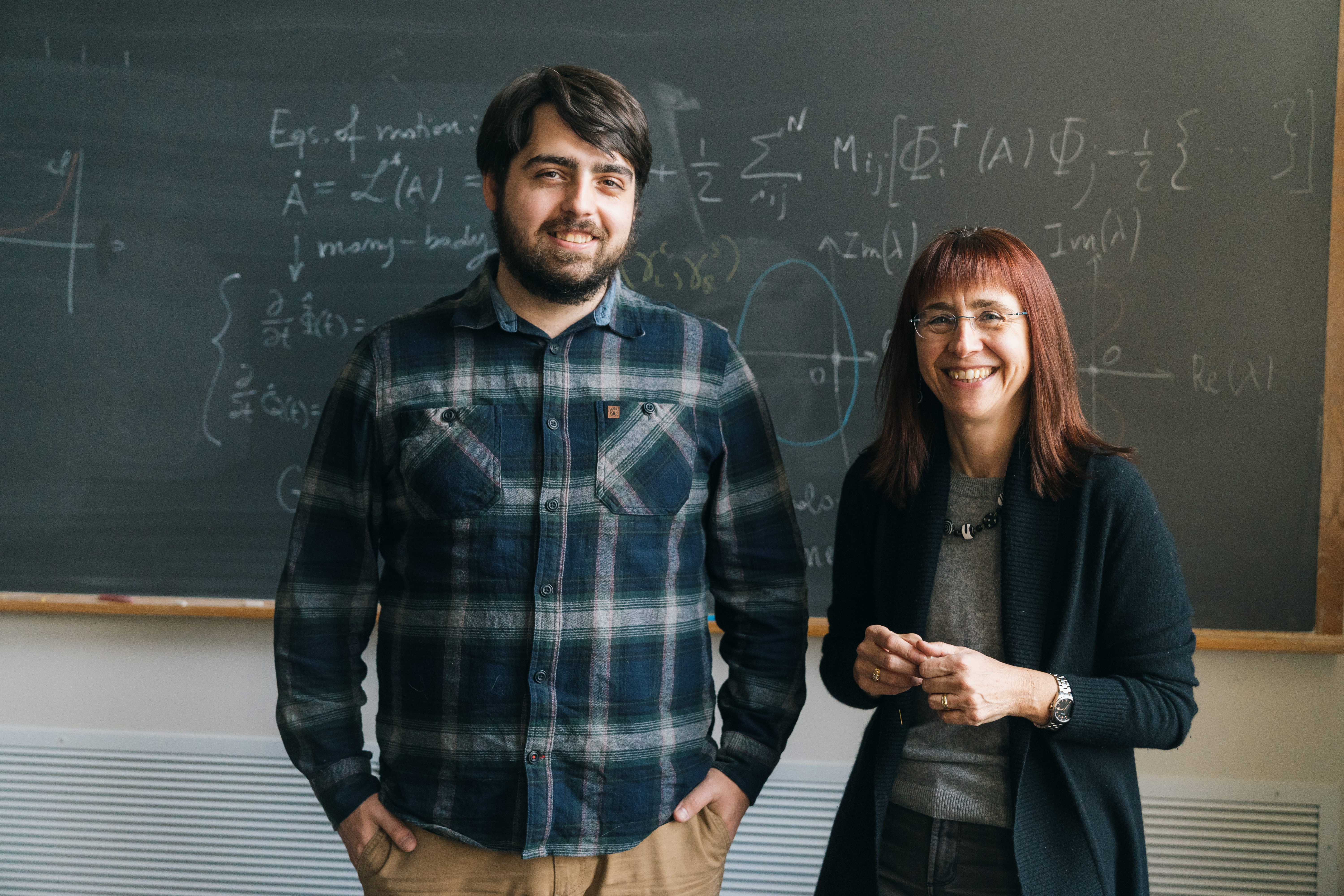 The theoretical discovery of the split photon—known as a “Majorana boson”—advances the fundamental understanding of light and how it behaves. Research describing the discovery was published this month in Physical Review Letters.

“Every photon can be thought of as the sum of two distinct halves,” says Vincent Flynn, Guarini ’22, the lead author of the paper. “We were able to identify conditions for isolating these halves from one another.”

Similar to how liquid water can change into ice or vapor under specific conditions, the research indicates that light can also exist in a different phase—one where photons appear as two distinct halves.

We have split something previously thought to be unsplittable, and we’ll never look at light the same way.

Rather than pieces that can be physically pulled apart, the photon halves are similar to the two sides of a coin. The two distinct parts make up a whole, yet they can be described and function as separate units.

The theory, co-authored by Emilio Cobanera, a visiting assistant professor of physics and astronomy, was developed in Wilder Hall, the same building that housed the laboratory where landmark research in the early 1900s measured the radiation pressure of light.

“As an early career scientist, it’s incredibly rewarding to build off the ideas of giants like Majorana and to be able to do so in a department with such deep historical connection to the physics of light,” says Flynn.

The new theory relies on energy-leaking cavities filled with quantum packets of light and predicts that particle halves appear at the edges of such a synthetic platform.

A laboratory experiment is still required to confirm that photons can exist in this previously-unimaginable split form. Unlike the massive structures built to detect the renowned Higgs boson, a test to detect photon halves could be done on a tabletop using existing or near-term technology.

According to the research team, the research points the way toward uncovering new, exotic phases of matter and light. It is hard to predict how the findings may be applied, but the Majorana boson could support quantum computing, optical sensors, and light amplifiers.

“In order to make this discovery we had to challenge long-held beliefs and really think outside the box,” says Viola. “We have split something previously thought to be unsplittable, and we’ll never look at light the same way."