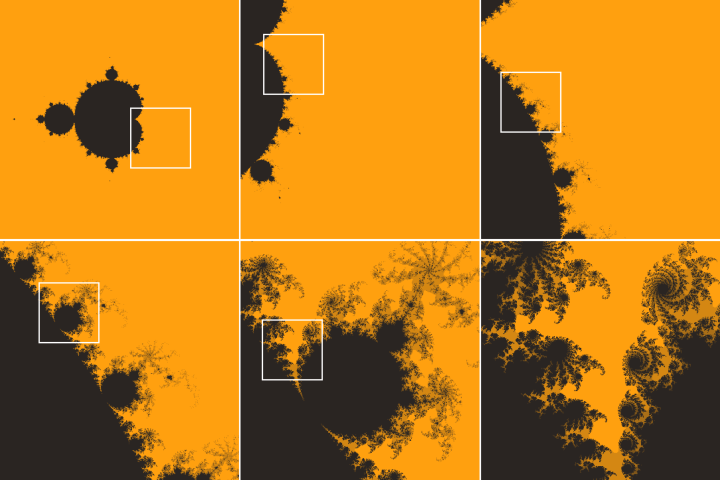 Detail of the Mandelbrot set, a famous fractal at different spatial scales that zoom by a factor of four each time. (Image by Jeremy R. Manning)
10/07/2021
Body

A neuroscience study has found a new way to look at brain networks using the mathematical concept of fractals—shapes that appear similar at different scales—to convey communication patterns between different brain regions as people listened to a short story. The results are published in Nature Communications. 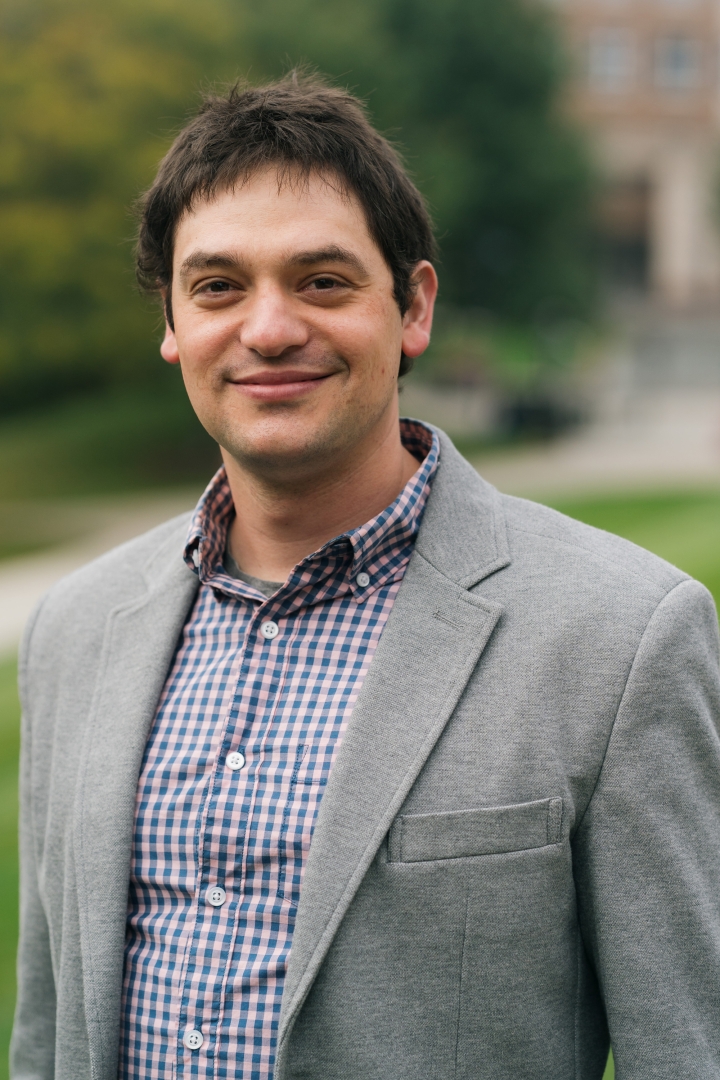 “To generate our thoughts, our brains create this amazing lightning storm of connection patterns,” said senior author Jeremy R. Manning, an assistant professor of psychological and brain sciences, and director of the Contextual Dynamics Lab at Dartmouth. “The patterns look beautiful, but they are also incredibly complicated. Our mathematical framework lets us quantify how those patterns relate at different scales, and how they change over time.”

Within a fractal, shapes and patterns are repeated in an infinite cascade. Think of a spiral comprised of smaller spirals that are in turn comprised of still-smaller spirals, and so on. Dartmouth’s study shows that brain networks organize themselves in a similar way: Patterns of brain interactions are mirrored simultaneously at different scales. When people engage in complex thoughts, their networks seem to spontaneously organize into fractal-like patterns. When those thoughts are disrupted, the fractal patterns become scrambled and lose their integrity.

To generate our thoughts, our brains create this amazing lightning storm of connection patterns.

When participants listened to a 10-minute story, their brain networks spontaneously organized into fourth-order network patterns, the research showed. However, this organization was disrupted when people listened to versions of the recording in which the story’s paragraphs were randomly shuffled, preserving some but not all of the story’s meaning. In this case, participants’ brain networks displayed only second-order patterns. When every word of the story was shuffled, this disrupted all but the lowest level, or zero-order, patterns. 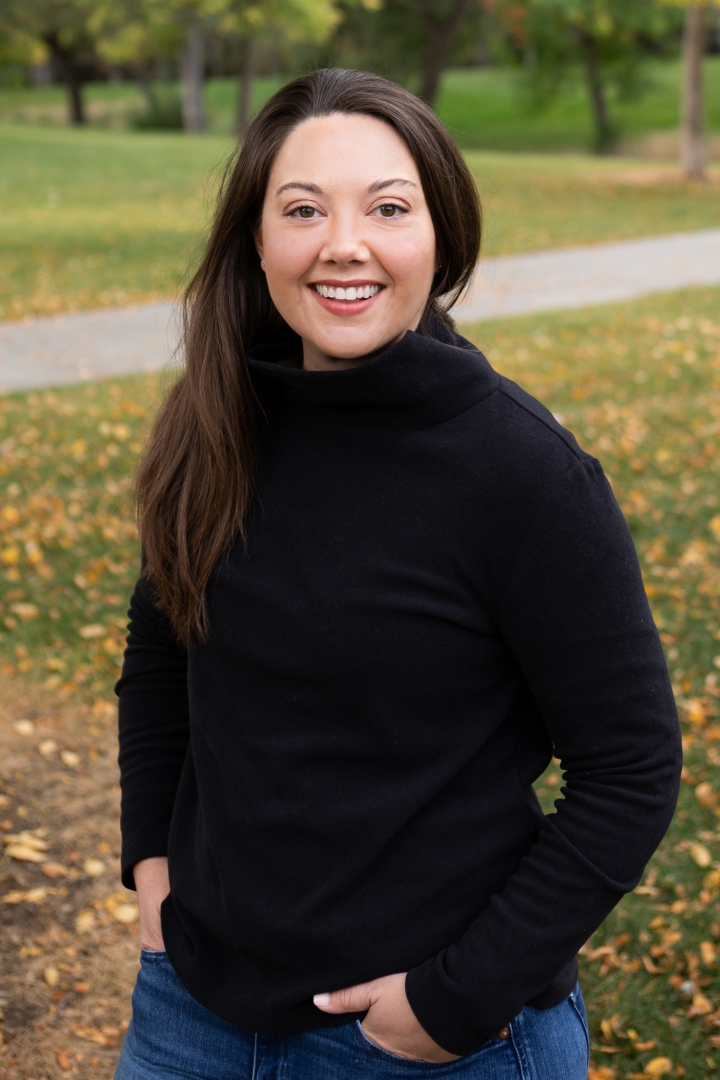 “The more finely the story was shuffled, the more the fractal structures of the network patterns were disrupted,” says first author Lucy Owen, Guarini ’21, a graduate student in psychological and brain sciences. “Since the disruptions in those fractal patterns seemed directly linked with how well people could make sense of the story, this finding may provide clues about how our brain structures work together to understand what is happening in the narrative.”

The fractal network patterns were surprisingly similar across individuals: Patterns from one group could be used to accurately estimate what part of the story another group was listening to.

The researchers’ computational framework can be applied to areas beyond neuroscience. The team has already begun using an analogous approach to explore interactions in stock prices and animal migration patterns.

Thomas Chang ’16, Guarini ’17, a former graduate student in computer science at Dartmouth and senior software engineer at financial services company Robinhood, served as a co-author of the study.