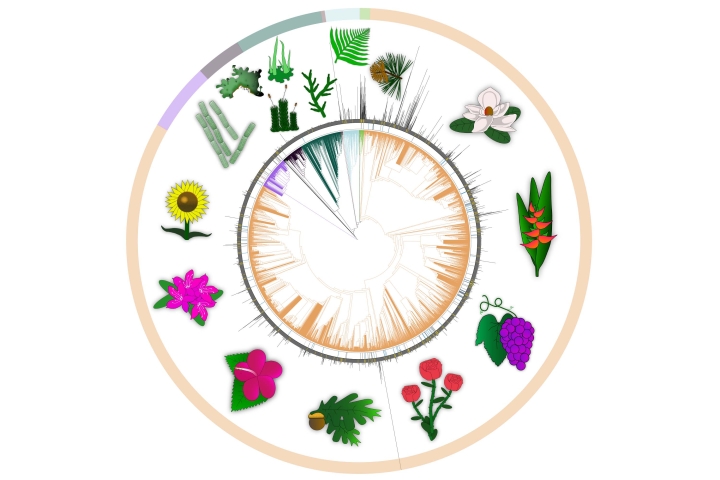 A graphic summary of what is currently known about green plant genomes across the tree of life. (Proceedings of the National Academy of Sciences)
1/24/2022
Body

Scientists know the full genome sequences of far fewer plants than other life-forms, according to a review paper that summarizes what is known about green plant genomes and how botanists can up the ante.

The paper appears in a special feature of the Proceedings of the National Academy of Sciences, which serves as a progress report on the Earth BioGenome Project (EBP), an international consortium that aims to eventually “sequence the DNA of all life.” Renowned plant taxonomist John Kress, co-chair of the EBP and senior author on the review paper, is currently a visiting scholar at Dartmouth.

“The Earth BioGenome Project is actually sampling life across domains, whether it’s animals, fungi, or plants,” says Kress. In a mere 10 years, scientists are hoping to sequence genomes of representative individuals from a staggering 1.8 million known species. The project, launched three years ago, will not only bring together existing global genome sequencing efforts but also establish means to fast-track sample collection, standardize DNA sequencing, and share the data equitably. 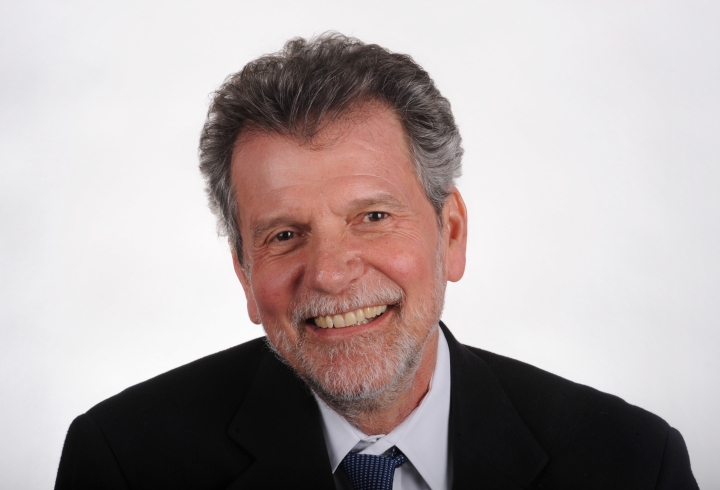 John Kress is a visiting scholar at Dartmouth and the co-chair of the Earth BioGenome Project. (The Smithsonian Institution/Amanda Lucidon)

“The idea is to generate complete reference genomes for each species over a 10-year period,” says Kress. A reference genome is a DNA blueprint that serves as a representative example of the genes in an individual from a species.

With such a blueprint in hand for every species, Kress says, researchers can begin to answer some major scientific questions, such as how evolution works, or how species interact in communities.

There are innumerable potential benefits to science, health, and commerce too. “Whether you’re a scientist, or you’re in agriculture, forestry, fisheries, or in conservation, having genomic information is now a very basic and essential step,” explains Kress.

Plant genomes pose a special challenge. They tend to be larger and more complex than animal genomes, Kress says. It is estimated that there are almost half a million species of green plants but the complete genome sequence of fewer than a thousand are known.

In their paper, Kress and his co-authors summarize what is known about plant genomes, identify the big issues, and lay out a roadmap of sorts for generating the genomes. Standardizing—making sure that DNA data is generated and stored in such a way that different labs can readily compare them—is a key step.

Kress hopes that technological improvements along the way will help keep the project on track. The Human Genome project took more than 10 years to sequence one genome, but now, he says, “we can do that in one week.”