Olympians Julia Kern ’19, Rosie Brennan ’11, and teammates strive to be the best. 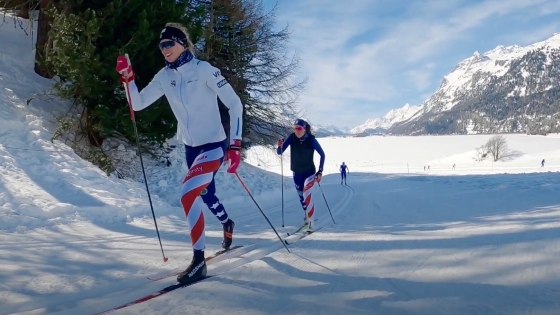 The U.S. Olympic Committee announced yesterday that the cross country roster for the Beijing Olympics next month will include Julia Kern ’19, a first-time Olympian, and Rosie Brennan ’11, an eight-time All-American at Dartmouth who competed in the 2018 Winter Olympics in Pyeongchang, South Korea.

This video was compiled with footage gathered over the U.S. Cross Country Team’s 2020-2021 World Cup season by Kern and edited with interviews by Dartmouth’s Robert Gill. It features Kern, Brennan, and World Cup skiers Sophie Caldwell Hamilton ’12 and Katharine Ogden ’21 talking about their Dartmouth bond and competing at the highest level of their sport.

The U.S. cross country teammates stress how much they value the flexibility of a Dartmouth education and the D-Plan, which allow athletes, and other students, to excel outside and inside the classroom.