The Mystery Behind Magnetic Explosions Explained

Study reveals the force behind solar flares and other dramatic space shows. 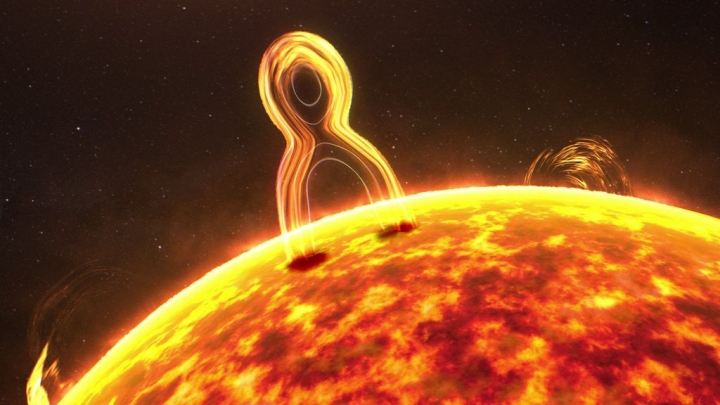 Studying the Northern Lights by Rocket

Space enthusiasts and just about anybody who manages a power grid, an orbiting satellite, or a radiocommunications network has had their attention fixed on the sun since NASA reported “significant” solar flare activity last month. Yi-Hsin Liu, an assistant professor of physics and astronomy who recently published research on the physics behind solar flares, is among them.

“The snapping of magnetic lines forces out magnetized plasma at high speeds,” Liu says in describing the natural forces at play. “This is a magnetic tension force similar to that which ejects objects from slingshots, just on a scale many times the size of Earth.” 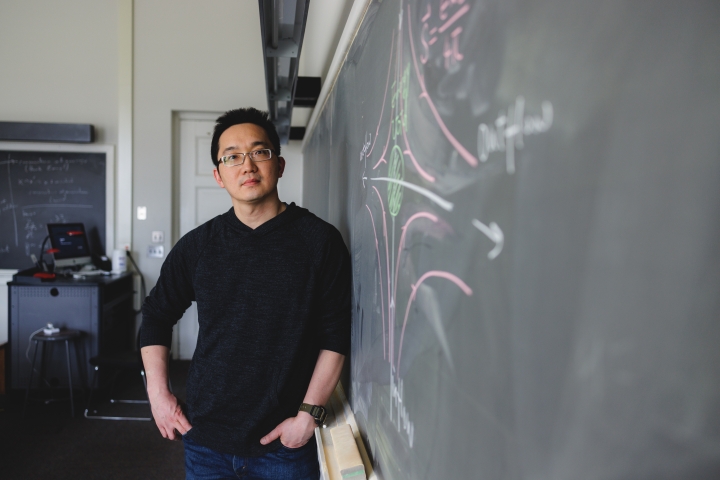 Plasma is the fourth state of matter, along with solids, liquids, and gas. It consists of charged particles and fills most of the visible universe. These charged particles stream along magnetic field lines surrounding the sun and Earth, like the movement of cars in lanes of traffic.

The solar flares and coronal mass ejections that have captured recent attention are giant bursts of energy caused when magnetic field lines merge and whip apart. Energy from the explosions can travel the 94-million-mile expanse between the sun and Earth within a day and can cause broadcast interference and power outages such as a provincewide blackout in Quebec in 1989.

The fundamentals of magnetic reconnection are well known. The process takes place when magnetic field lines are drawn toward each other, break apart, rejoin, and then violently snap away. But researchers have struggled for more than a half-century to explain the precise physics behind the rapid release of energy.

Liu’s study was published in Communications Physics only a few weeks after the April light show began erupting on the sun.

It provides the first theoretical description of how a phenomenon known as the “Hall effect”—which describes the interaction between electric currents and the magnetic fields that surround them—determines the efficiency of magnetic reconnection.

We now have a full theory to address this long-standing problem of what drives the speed of some of the most explosive spectacles in nature.

The theoretical paper focuses on the “reconnection rate problem”—identifying the mechanisms that determine the speed at which the lines converge and pull apart.

Co-authored by Xiaocan Li, a postdoctoral researcher, and Shan-Chang Lin, Guarini ’24, the study shows that the conversion of energy from the magnetic field to plasma particles is suppressed by the Hall effect. The pressure at the point where the lines merge is limited. That forces them to curve and pinch, resulting in a geometry that speeds the reconnection process. 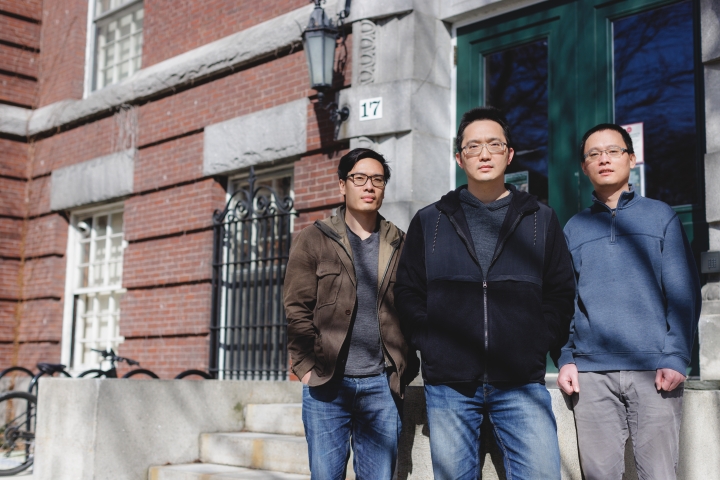 The research team, funded by the National Science Foundation and NASA, is working alongside NASA’s Magnetospheric Multiscale Mission (MMS), which analyzes magnetic reconnection in space using four satellites flying in tight formation around Earth’s magnetosphere. Data from the instruments will be used to validate Liu’s theoretical finding.

According to Liu, who serves as deputy lead of MMS’ theory and modeling team, magnetic reconnection in near space or distant space can significantly impact everyday life on Earth. This was made clear by the space weather and electrical disturbances caused by the sun’s recent flare activity.

Liu’s research on magnetic reconnection has strong ties to previous Dartmouth research. Bengt Sonnerup, the Sydney E. Junkins 1887 Professor of Engineering Emeritus at Thayer School of Engineering, is credited with being the first researcher to point out the potential importance of the Hall effect during reconnection in space plasmas.

“Yi-Hsin’s new work represents a great leap forward in our understanding of the process,” says Sonnerup, who first wrote about the Hall effect in 1961 and conducted an analysis of the reconnection process at Dartmouth in 1979.

The new theory could further the technical understanding of solar flares and coronal mass ejection events such as those that have captivated researchers in recent weeks. It can also inform studies of geomagnetic substorms, the solar winds, and plasmas near neutron stars and black holes.

Although there is no current applied use, some researchers have considered the possibility of using magnetic reconnection in spacecraft thrusters.

“After decades of effort, we now have a full theory to address this long-standing problem of what drives the speed of some of the most explosive spectacles in nature,” says Liu.