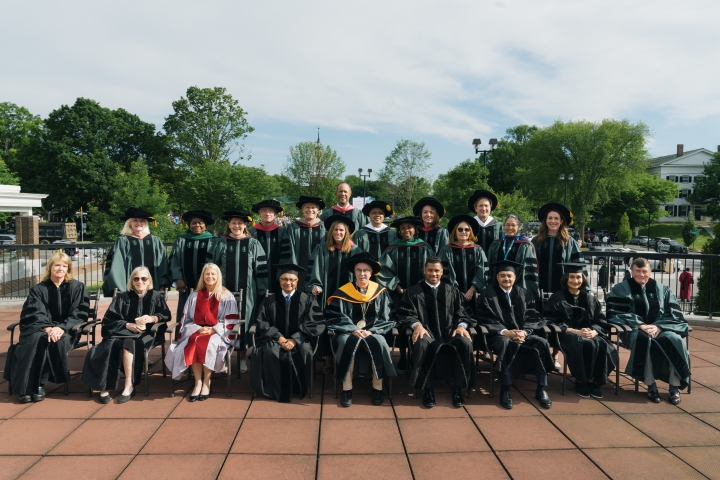 At their annual meeting in June, members of the Dartmouth Board of Trustees joined in celebrating the first commencement on the Green in three years.

“Every commencement is special, but none more so than our first graduation on the Green since 2019,” says board Chair Liz Lempres ’83, Thayer ’84, of the June 12 ceremony.

In addition to taking part in the Sunday commencement, trustees honored the academic accomplishment of graduates by attending the many events held on Saturday: investitures at Guarini School of Graduate and Advanced Studies, Thayer School of Engineering, and Tuck School of Business; the ROTC commissioning ceremony; undergraduate class day for graduating seniors; the Phi Beta Kappa induction ceremony; and the multifaith baccalaureate service.

“This is the most moving and meaningful weekend of the academic year as we come together to celebrate the breadth of achievement by so many of our students through undergraduate class day, the graduate and professional school investitures, and the commencement ceremony itself,” says President Philip J. Hanlon ’77. “We pause and reflect on what our students have accomplished at Dartmouth while looking forward to an exciting future filled with potential and promise.”

At their meeting, board members discussed progress on Dartmouth’s goal to increase and diversify housing stock for undergraduate and graduate students, engaged on key issues affecting the future of college athletics, and approved funds to advance building projects and energy upgrades.

They also paid tribute to trustees who retired from the board this year—and in 2021 and 2020. Celebrations for the earlier retirees weren’t able to take place in the past two years due to COVID-19. This year’s only retiring trustee is Gregory Maffei ’82. Retiring last year were Emily Bakemeier ’82, Mitchel Kurz ’73, and Laurel Richie ’81, who had chaired the board. In 2020 the retirees were Nathaniel Fick ’99, David Hodgson ’78, Richard H. Kimball ’78, and Benjamin Wilson ’73.

“One of the joys of commencement weekend, in addition to celebrating our graduates, is the opportunity we have to thank outgoing trustees for their years of service to Dartmouth,” says Lempres. “This year, in an unusual twist, we welcomed back trustee emeriti who stepped off the board during the pandemic and gave them a long overdue in-person sendoff. Dartmouth is stronger because of the unique contributions Laurel, Emily, Mitch, Nate, Dave, Rick, Ben, and Greg made during their time on the board and it was a thrill to see them all together again.”

“Jane Novak has played an extraordinary role building networks for Dartmouth internationally and advancing women, and Jake Tapper brings great prominence to the board, plus an abiding love for Dartmouth, as evidenced by his 2017 commencement speech,” says Lempres.

In addition, she says the board will continue to receive exceptional counsel and support from three members who, like Lempres, were reappointed to second four-year terms on the board—Jeffrey Crowe ’78, Eileen Chamberlain Donahoe ’81, and Christopher Lord ’86.

Board members approved $3 million for planning, design, and permitting work for an apartment-style student housing development on Lyme Road. In a second vote, they approved beginning the permitting process with the town of Hanover after the project’s schematic designs are complete.

“We’re excited to move ahead with a plan to address the urgent need for student housing and reinforce our historic residential model,” says Executive Vice President Rick Mills. “The board carefully considered the feedback we have received so far, particularly the insights from faculty on the importance of preserving a strong residential experience for students. As part of the process moving forward, we will continue to prioritize extensive engagement and listening so that we can incorporate the community’s best ideas on design, activation, and transportation, among other factors, into our plan.”

Trustees heard from Peter Roby ’79, who has served as interim director of athletics and recreation since February 2021, about the future of intercollegiate athletics.

Roby briefed the board on the rapidly changing national athletics landscape, covering topics including the growing value of media rights for the most popular college sports, the facilities arms race, coaching compensation, and importantly, the unanimous ruling in the 2021 Supreme Court case that paved the way for student-athletes to monetize their name, image, and likeness. Roby highlighted Dartmouth’s good fortune to be a member of the Ivy League, the most stable of all collegiate leagues, where achievement in both athletics and academics is highly valued.

Trustees approved more than $14 million in design work to convert a dozen buildings to Dartmouth’s new high-efficiency hot-water heating system, the first phase of which is operational in several buildings, including Steele and Thornton halls, the Arthur L. Irving Institute for Energy and Society, and the Class of 1982 Engineering and Computer Science Center.

Buildings in the planning stages include Berry Sports Center, Floren Varsity House, McCulloch Hall, and Boss Tennis Center. Construction of the system is planned for the Rauner Special Collections Library.

Dartmouth is transitioning over the next decade from its central heating plant and steam-heating system to the new energy-generation and distribution system designed to significantly reduce and minimize the use of greenhouse gases, which have declined 30% from Dartmouth’s 2010 baseline. The institutional goal is a 50% reduction by 2025.

Trustees participated in the ceremony at which more than 1,800 undergraduate and graduate degrees were conferred on a balmy, sunny morning before a crowd of approximately 8,000 family, friends, and alumni.

NFL star, entrepreneur, and philanthropist Russell Wilson delivered the commencement address to the Class of 2022. In his speech, the Denver Broncos quarterback and co-founder of the Why Not You Foundation spoke about the importance of building a legacy, a lesson he learned from his late father, Harrison Wilson III ’77.

“Legacy isn’t just something you leave behind. It’s something you build,” Wilson told the graduates. “What you do—the little stuff and the big stuff—will have an impact. An impact that touches the people closest to you and ripples out further than you’ll ever realize. And part of your job, as a person on this Earth, is to never forget that your name carries weight. You don’t have to live your life knowing all the answers. But you do have to live your life trying to answer the right questions.”

Meet the New Board Members 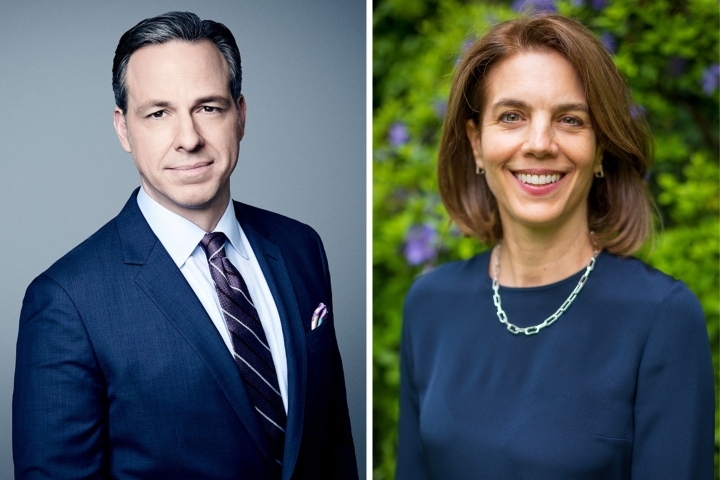 Jake Tapper ’91 and Jane Pfaff Novak ’92 will join the Dartmouth Board of Trustees in July.

Novak is a veteran Dartmouth volunteer leader whose work is focused on growing Dartmouth’s global community. She currently serves as co-chair of the Call to Lead Campaign regional committee for Europe, the Middle East, and Africa, and helped lead the successful effort to extend need-blind admissions to all students, including international students, in January 2022. Prior to that, she served as admissions district enrollment director for the United Kingdom, one of Dartmouth’s largest admissions markets outside the U.S.

An active community volunteer, Novak is president emeritus of Women Running the World, an organization dedicated to empowering women through exercise, and has held numerous volunteer roles at the American School in London.

She previously worked in investment banking at Morgan Stanley and in management consulting at the Boston Consulting Group.

As a volunteer for Dartmouth, Novak has championed initiatives that bring generations of alumnae together. She is a founding member of the Centennial Circle of Alumnae, an early proponent of the alumnae initiative to restore Dartmouth Hall for Dartmouth’s 250th anniversary, and a mentor of first-generation students.

As an undergraduate, she was president of Kappa Kappa Gamma sorority and served as an intern in the Office of the President during the tenure of President James Freedman.

Novak is a dual citizen of the U.S. and the United Kingdom. She and her husband live in London and have two children. She is a year-round outdoor swimmer, a tournament poker player, and a long-term student of Finnegans Wake by James Joyce. In addition to her bachelor’s degree from Dartmouth in history, she holds an MBA from the Wharton School at the University of Pennsylvania, where she was a Palmer Scholar.

Tapper joined CNN in January 2013. He currently anchors a two-hour weekday program, The Lead with Jake Tapper, which debuted in March 2013. He has hosted CNN’s Sunday morning show, State of the Union, since June 2015. In April 2021, he became the lead anchor for CNN for Washington, D.C., events.

Tapper has been a widely respected reporter in the nation’s capital for more than 20 years. His reporting on the 2016 election has been recognized with a number of awards, including a 2017 Walter Cronkite Award for Excellence in Television Political Journalism and the Los Angeles Press Club’s President’s Award for Impact on Media.

Tapper has been active in bringing attention and support for veterans’ issues. Since 2017 he has organized an annual celebrity auction to build specially designed mortgage-free houses for severely injured veterans of the wars of Iraq and Afghanistan through the top-rated charity Homes for Our Troops, a group for which he serves as an ambassador.

He began his journalism career at the Washington City Paper and his reporting has appeared in a number of publications including The New Yorker, The New York Times Magazine, and The Washington Post. His comic strip, “Capitol Hell,” appeared in Roll Call from 1994 to 2003. 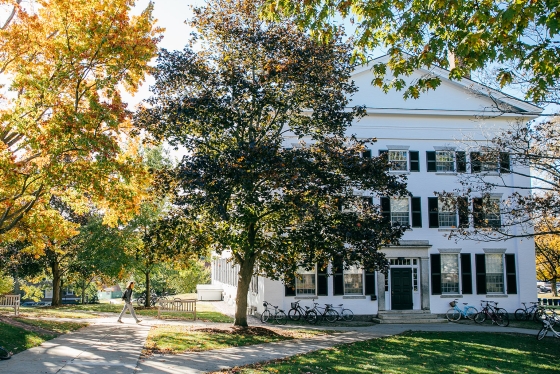