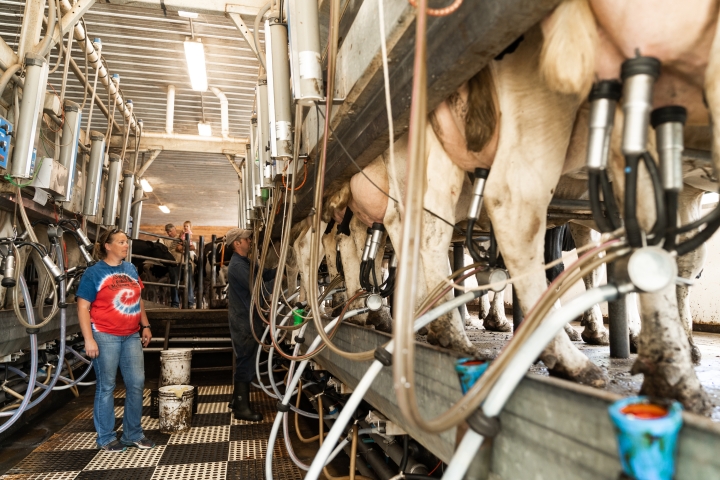 Two hundred years ago, cows grazed on the Green. They’ve long since been replaced by Frisbee players, but the milk now being delivered to campus dining halls is as fresh as it can be.

A truckload arrives three days a week from McNamara Dairy, in Plainfield, N.H. It has usually been milked within 48 hours of delivery on campus, says co-owner Liz McNamara.

McNamara says she’s thrilled that the partnership with the College has grown quickly, from small bottles featured in a few cafes to the new exclusive arrangement with the Class of 1953 Commons dining hall, where all milk that is served or used in recipes—some 650 gallons per week—comes from the family farm.

“It started with my grandparents and now it’s in the hands of the third generation—me, my two brothers, and my two cousins,” says McNamara. “We milk between 200 and 250 cows. Agriculture in the Upper Valley, right around us is, is dwindling fast. So the fact that a big institution like Dartmouth is willing to support a local place is so important, and we’re so grateful for it.” 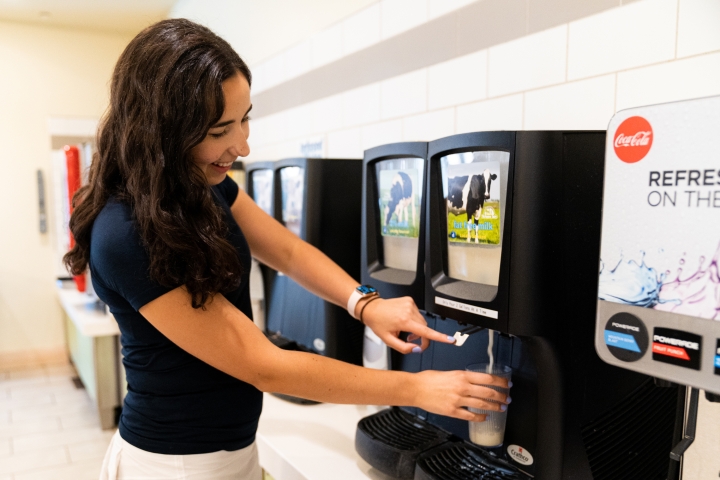 Eleanor Clark ’24 gets some McNamara Dairy milk at the Class of ’53 Commons. (Photo by Julia Levine ’23)

McNamara is not the only neighbor doing business with Dartmouth Dining. This fall, following a successful pilot project, a mini-version of Boloco, Hanover’s popular burrito restaurant, will set up shop in a Collis food station.

Co-founder John Pepper ’91, Tuck ’97, who started what became a multi-state restaurant chain as a graduate student, says “I try to support Dartmouth in all ways, so when the College called me and asked if I wanted to try this, my answer was, of course, yes.”

It’s a win-win for all of us involved, and one I hope to replicate with other outstanding local and regional partners in years to come.

Fresh seafood lovers also have something to cheer about. Roslin Asian Foods, in Lebanon, N.H., has expanded from packaged and some on-site sushi-making at the Collis Café to daily fresh lunch and dinner selections.

And for dessert, how about an inside-out s’more?

That’s the delicacy being whipped up in small batches for Fern and Novack cafés by Wesley and Jonica Leuthauser in their Lebanon kitchen. Unlike the traditional campfire s’more, in which melted chocolate and a marshmallow are sandwiched between graham crackers, the Leuthausers stuff a crusty chocolate graham cracker filling inside one of their pillowy gourmet “Muncha’s Marshmallows.”

“Our daughter’s nickname is Muncha,” explains Wesley Leuthauser. Like many local start-ups, the company is, so far, a sideline. But it got a big boost when he sent an email to Dartmouth Dining Director Jon Plodzik peddling his product.

“He immediately got back to me and scheduled a meeting with his team,” Leuthauser recalls. “It felt like a little like Shark Tank, because there were 10 of them plus my wife and me in a big board room, and they were all excited about the product.”

Which, in the interest of research, they liberally sampled.

Plodzik says all these new or expanded offerings are part of a long-range plan to fill college plates and glasses from regional farms and businesses.

“I am delighted to be able to build relationships with more local providers of high-quality products our students enjoy. This benefits not only our students, but the local economy, and guarantees the freshest product possible,” Plodzik says. “It’s a win-win for all of us involved, and one I hope to replicate with other outstanding local and regional partners in years to come.” 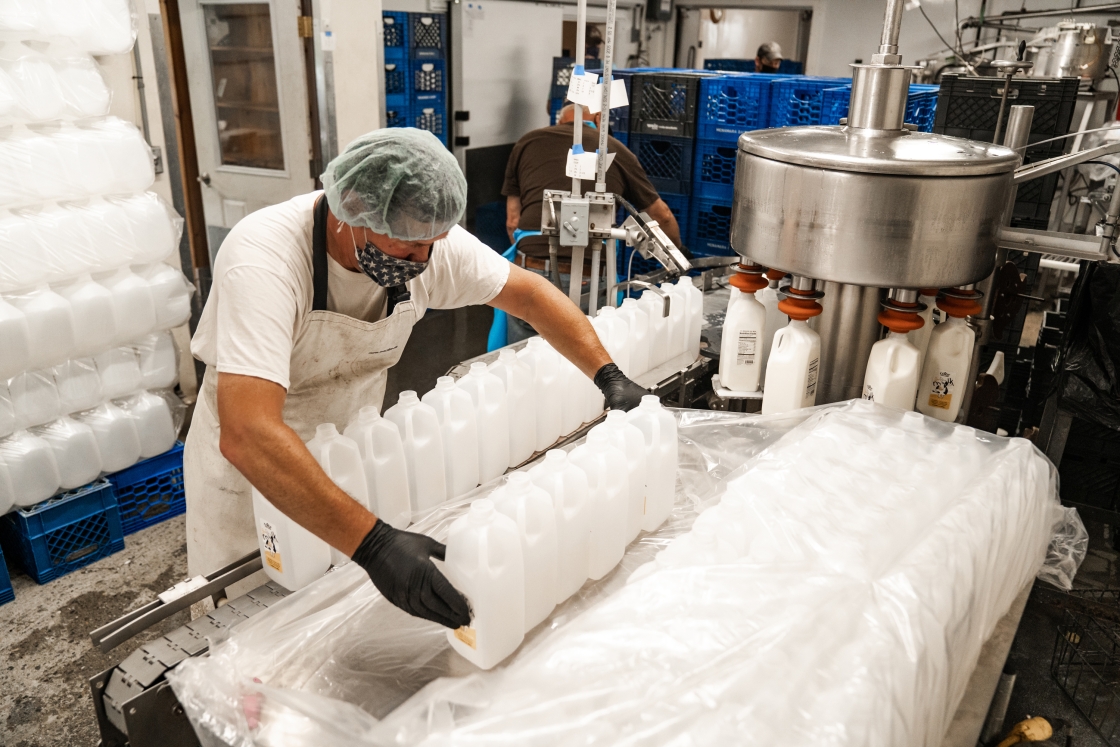 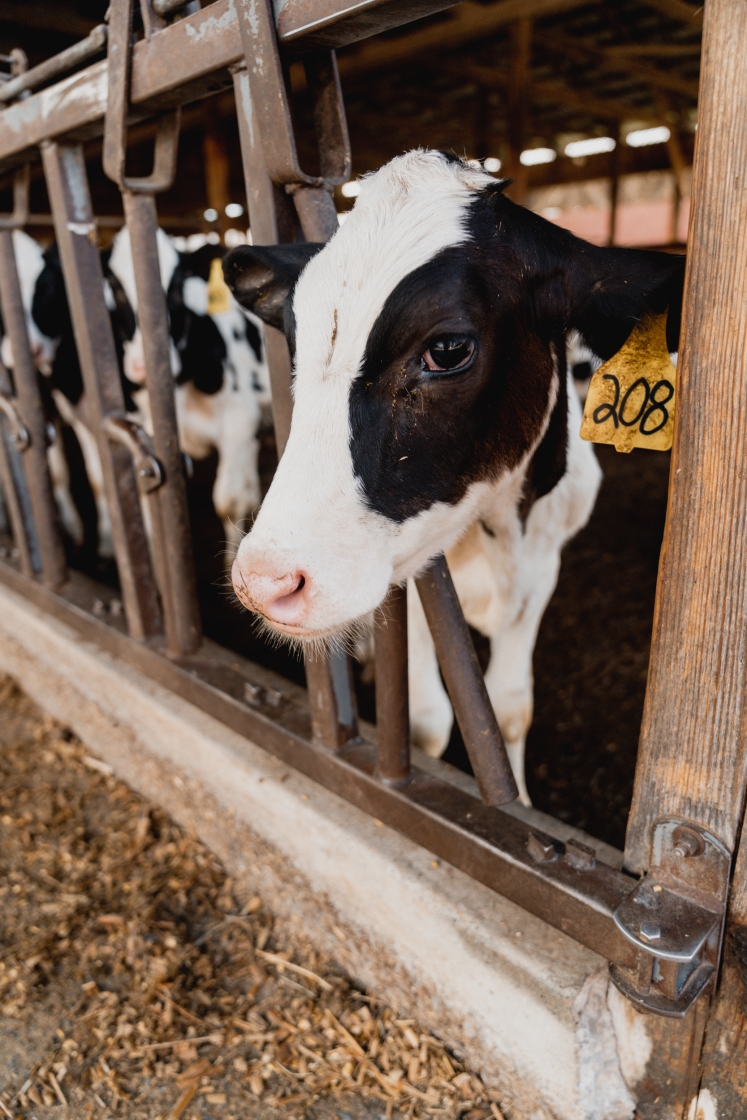 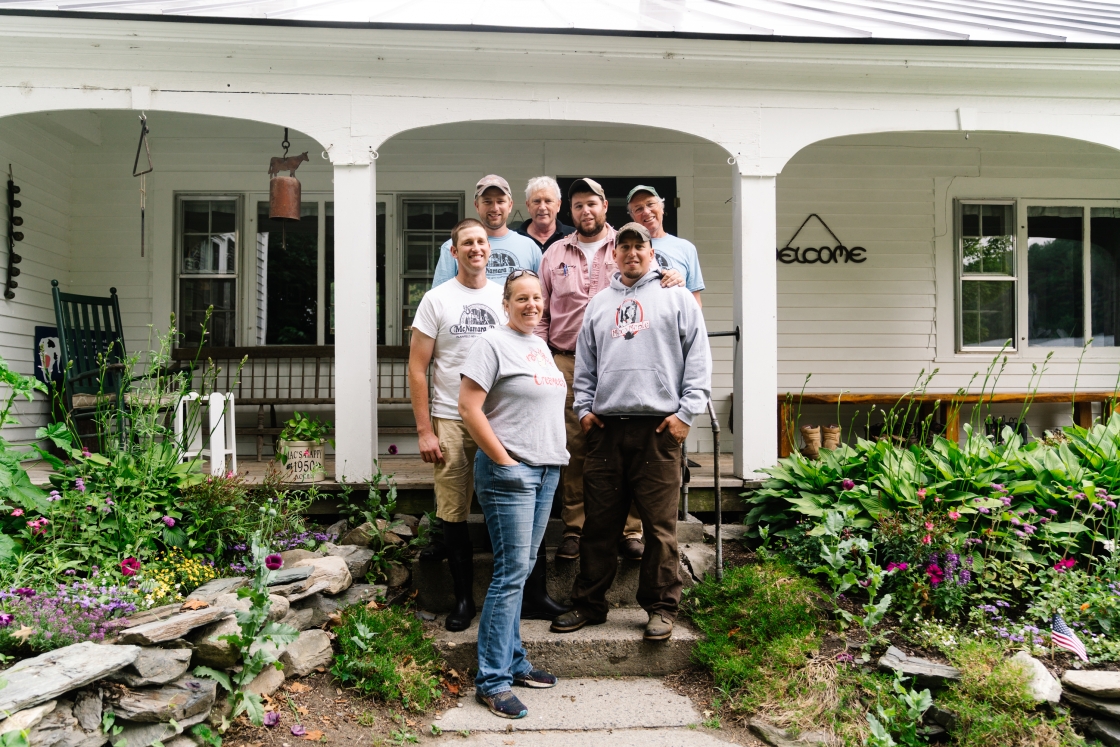 Caption
Members of the McNamara family at their third-generation dairy farm in Plainfield, N.H. (Photo by Julia Levine ’23)
Articles