Dale F. Eickelman, the Ralph and Richard Lazarus Professor of Anthropology at Dartmouth College, has received the 2011 Distinguished Scholar Award from the Middle East Section of the American Anthropological Association (AAA). The award recognizes scholars “whose teaching and contributions to the literature and the profession have substantially advanced the field,” according to Emilio Spadola, assistant professor of anthropology at Colgate University and chair of the AAA Middle East Awards Committee. Citing Eickelman’s “remarkable and productive career,” members of the award committee praised his contributions to scholarship on the Middle East, with particular emphasis on his commitment to uniting colleagues across disciplines. He was also recognized “for working to mentor both graduate and undergraduate students.” 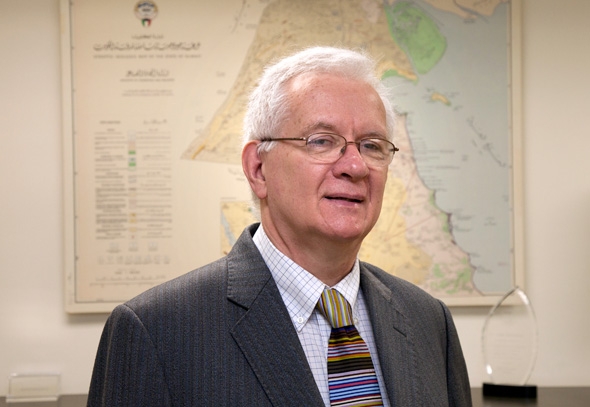 Professor Dale Eickelman has received the 2011 Distinguished Scholar Award from the Middle East Section of the American Anthropological Association for his “contributions to literature and the profession.” (photo by Joseph Mehling ’69)

“There are few anthropologists whose scholarly productivity is so closely tied to institution-building,” the committee observed.  “Many of his edited volumes are the results of conferences he has organized or co-organized, always including broad international participation.” Eickelman writes on the impact of new media technology in the Middle East and elsewhere. He initiated a partnership between Dartmouth and Kuwait’s first private, liberal arts university, the American University of Kuwait, and consults broadly with universities in the Arabian Peninsula and elsewhere in the Middle East.

Eickelman has written or co-edited ten books, including The Middle East: An Anthropological Approach, Knowledge and Power in Morocco, Muslim Politics (co-authored with James Piscatori), and New Media in the Muslim World: The Emerging Public Sphere (co-edited with Jon Anderson). Currently a Carnegie Foundation Fellow, Eickelman also chairs the Dartmouth Department of Anthropology .