Dartmouth Professor Cynthia Huntington received a phone call last week from the National Book Foundation informing her that Heavenly Bodies, her most recent book of poetry, was a finalist for the National Book Award. Huntington was also given special instructions: She could not tell anyone about the news until the official announcement the following day. 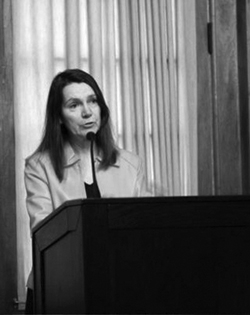 So Huntington, who is serving part of this term as poet-in-residence at University of North Carolina Wilmington, hopped in a car. She spent the day driving around aimlessly, safely removed from her phone and email. “I didn’t trust myself to not tell anyone,” she says with a laugh.

The first person she called? Her son—who will serve as her escort at the gala in New York City, where the winners will be announced on November 14.

Another writer with ties to Dartmouth, Louise Erdrich ’76, is a finalist for the fiction prize for her book The Round House. Erdrich, who received an honorary doctorate from Dartmouth in 2009, is the author of 14 novels and has published poetry, short stories, children’s books, and a memoir. Erdrich has been in residence at Dartmouth as a Montgomery Fellow, most recently in the spring of 2012. 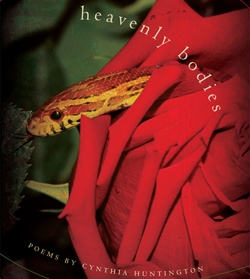 Heavenly Bodies by Cynthia Huntington is a finalist for the National Book Award poetry prize.

Huntington’s book was nominated in the poetry category. Huntington says this book, her fifth, “took longer than any other” and “went through enormous revisions.” The coming-of-age story took about nine years to complete.

Huntington says she constantly questions herself when she writes. “What do you have to say about your experience? What is in it for the reader?” The book explores themes of feminism, sexuality, and rebellion amidst the political and social turmoil of the 1960s.

“I didn’t really intend to write about the ’60s,” she says. “That just happened to be where my story was.” 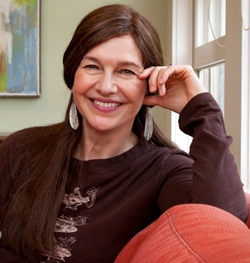 Louise Erdrich ’76 was nominated in the fiction category for her work The Round House. (photo by Joseph Mehling ’69)

New Hampshire’s Poet Laureate in 2004 and 2005, Huntington has taught at Dartmouth since 1988. She says she initially felt some “culture shock” when she arrived at Dartmouth, having graduated from a large state university. She is much more comfortable now.

“Dartmouth’s been good to me,” she says.  Huntington says that the beautiful natural setting is conducive to writing. She says she has evolved and become more effective as a teacher over the years, due in part to the inquisitive nature of her students. “Dartmouth students really challenge you,” says Huntington. 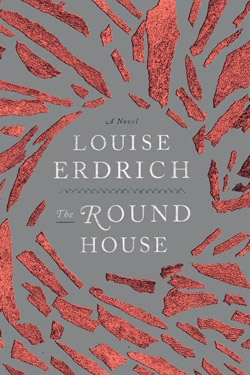 The Round House by Louise Erdrich ’76 is a finalist for the National Book Award fiction prize.

While not teaching at Dartmouth this fall, Huntington will lead a course on James Joyce for winter term 2013. For now, Huntington seems to be savoring the moment—even that day spent driving around Wilmington. “I’m really, completely enjoying it,” she says.