Hillary Clinton made many trips to Dartmouth during her college days for meetings, conferences, and even a blind date during Winter Carnival, the Democratic candidate for president told a crowded rally in Hanover. 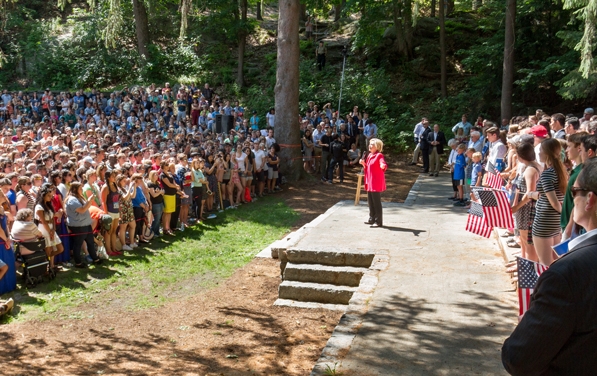 Hillary Clinton speaks to a crowd of more than 850 people on July 3 at the College’s Bema amphitheater. (Photo by Lars Blackmore)

“So I have memories,” Clinton told more than 850 people on July 3 at the College’s Bema amphitheater, rented by her campaign when it became clear that the crowd would be too large for the event originally planned as a Hanover house party.

Primary Season at Dartmouth Gears Up With O’Malley Visit

Billed as a visit with New Hampshire grassroots organizers, the open event drew supporters, curious voters among Dartmouth students and Upper Valley residents, and even a sign-bearing Bernie Sanders backer.

Hanover and the College have for decades been campaign stops for presidential candidates of both parties as they make their way through the first-in-the-nation primary state. Former Maryland governor and Democratic candidate Martin O’Malley started this year’s parade of presidential hopefuls with a visit in June.

Hanover was the former secretary of state’s first stop in a July Fourth weekend campaign swing through New Hampshire. The Clinton campaign fed all comers hamburgers as the candidate worked the crowd from the stage of the traditional open-air gathering place in College Park.

“Please sign up and be part of this campaign,” said Clinton, who did not mention Sanders by name but nodded to her Democratic primary rival and Vermont’s U.S. senator with a declaration that made its way into the national headlines. 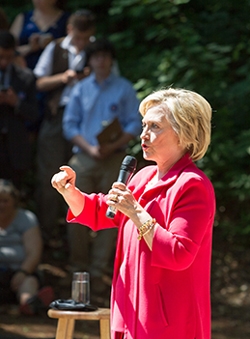 “I take a back seat to no one when you look at my record in standing up and fighting for progressive values,” Clinton said.

Clinton said the key to creating millions of new jobs is investing in science and research, which she said is being held up by Republicans in Congress.

After her stop on the Dartmouth campus, Clinton and her convoy of reporters and photographers visited the Dairy Twirl ice cream stand in neighboring Lebanon, where she spoke to patrons and talked about the importance of events like the Hanover rally, where she gets to meet grassroots organizers.

”It’s so central,“ she said. “It is building a campaign here in New Hampshire, using the grassroots, and coming up from that, because at the end of the day, I think that wins elections and wins caucuses.”

Clinton held another event in Glen on Saturday and marched in the annual Fourth of July parade in Gorham later in the day.

Description
Students, faculty, and staff participated in various programs and gatherings on Friday intended to allow time for healing and self-care.
Thumbnail 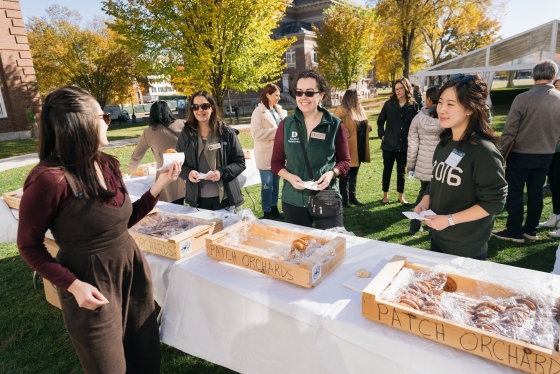