Alexander Chee Is a 2021 USA Fellow

The prestigious award comes with $50,000, no strings attached. 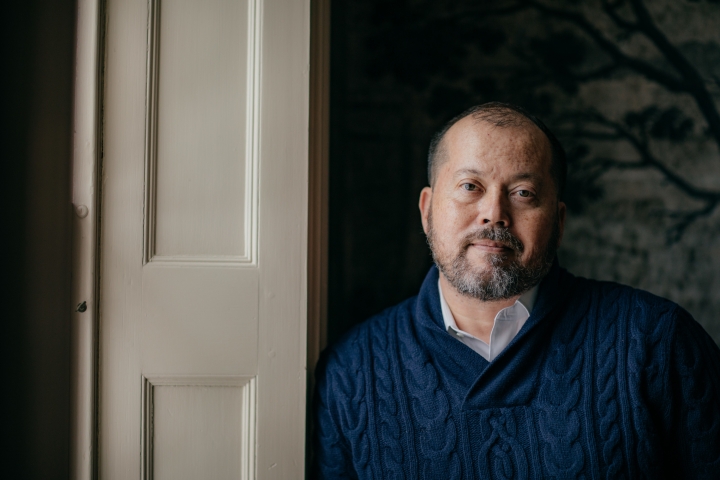 In addition to teaching and writing reviews and stories for The New York Times and elsewhere, Associate Professor Alexander Chee is currently planning three novels. (Photo by Robert Gill)
3/01/2021
Body

Associate Professor of English and Creative Writing Alexander Chee has been awarded a 2021 USA Fellowship from United States Artists, an organization created “to illuminate the value of artists to American society and address their economic challenges,” according to its website.

The fellowship—for which Chee was anonymously nominated to apply—comes a cash award of $50,000, to be spent however he chooses. Chee is one of 60 artists, poets, and writers to receive the fellowship this year.

“This the largest award of its kind I’ve ever won, and it is among the most prestigious,” says Chee, the acclaimed author of two novels, Edinburgh and Queen of the Night, and a collection of essays, How to Write an Autobiographical Novel. “It lets me look past my immediate projects and think more holistically about my career.”

In addition to teaching and writing reviews and stories for The New York Times and elsewhere, Chee is currently planning three novels for which the USA Fellowship will help fund research on Korean and Korean-American culture and history, Silicon Valley culture, and the legacy of AIDS activism in the 1980s and ’90s.

Of working on three major writing projects at once, Chee says, “It’s a bit like having a garden. Different plants need different kinds of attention in different seasons.”

Research is a key element of Chee’s writing process. “The thing I’m after when I’m researching a piece of fiction is, what were the talismans of a character’s life? What details describe the culture of the time?”

For example, in Queen of the Night, a novel that recreated the world of 19th-century European opera singers, his investigations led him to discover details about real-life figures like composer and singer Pauline Viardot-García (a minor character in Chee’s book), who hosted a famous music salon in Paris.

“She had an unusual relationship with the writer Ivan Turgenev—a romantic friendship,” Chee says. “Near the end of his life, he lived with her and her husband on the top floor of their Paris townhouse, and he had a listening tube installed so he could listen in bed while she played music. That’s a detail you just can’t make up, though when people read it, they think you did. Another detail that I came across was that during the first production of Carmen, the ballerinas smoked real cigarettes on stage, which offended the audience because you weren’t supposed to see women smoking. I was fascinated by how punk rock opera could be. That detail is a way of peeling back the history in a single figure.”

To research his current projects, Chee plans to travel, both to explore existing archives and to look for ways of constructing archives that might exist outside of official histories.

He describes visiting Italian flea markets with his friend, the novelist and photographer Maaza Mengiste, in search of old photo albums that might contain images of Ethiopia during the Italian occupation for Mengiste’s novel The Shadow King.

“She was looking for photos that soldiers’ families would throw away as they died. She put together an extraordinary archive,” Chee says. “As I think about what I want to write about in Korea, for example: Korea has done a good job of creating and maintaining archives, but a lot of what I need might not actually be archived. It would be naive for me to go thinking that everything has already been labeled and indexed. The USA Fellowship funding can help me hire a translator or researcher or a guide.”

In his Dartmouth fiction-writing classes, Chee helps students discover how research can inform their own creative writing. He regularly invites Humanities and Social Sciences Librarian Wendel Cox to speak with students about how they can find answers to questions in their stories.

“Now his visits have turned into this game show where I ask the students, ‘What do you think you can discover for your story?’ And then they give him a question,” Chee says. “I have them research their family story, the story your family tells you about your family’s origins. I ask them to think not exactly about fact-checking it—but when you write about it, actually you end up fact-checking it, telling the story around the story.”

“Teaching students how to research their work also teaches me,” Chee says. “I really appreciated the work that I’ve been able to do since coming to Dartmouth, whether it’s being able to hire the very talented Betty Kim ’20, for example—my former student who is now a part-time researcher for me who is able to translate from Korean to English—or the work that I’ve done with Wendel Cox. It’s fun having a mix of people to collaborate with.”

Date
12/19/2022
Body
The exhibit featuring work by a dozen artists will be on display through Jan. 7.
Image
Thumbnail 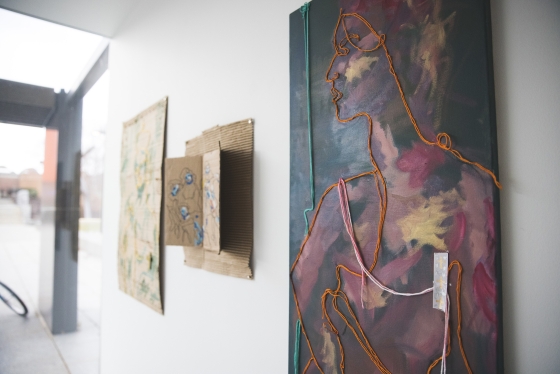